Home News Wolff reiterates: Ferrari would have vetoed me 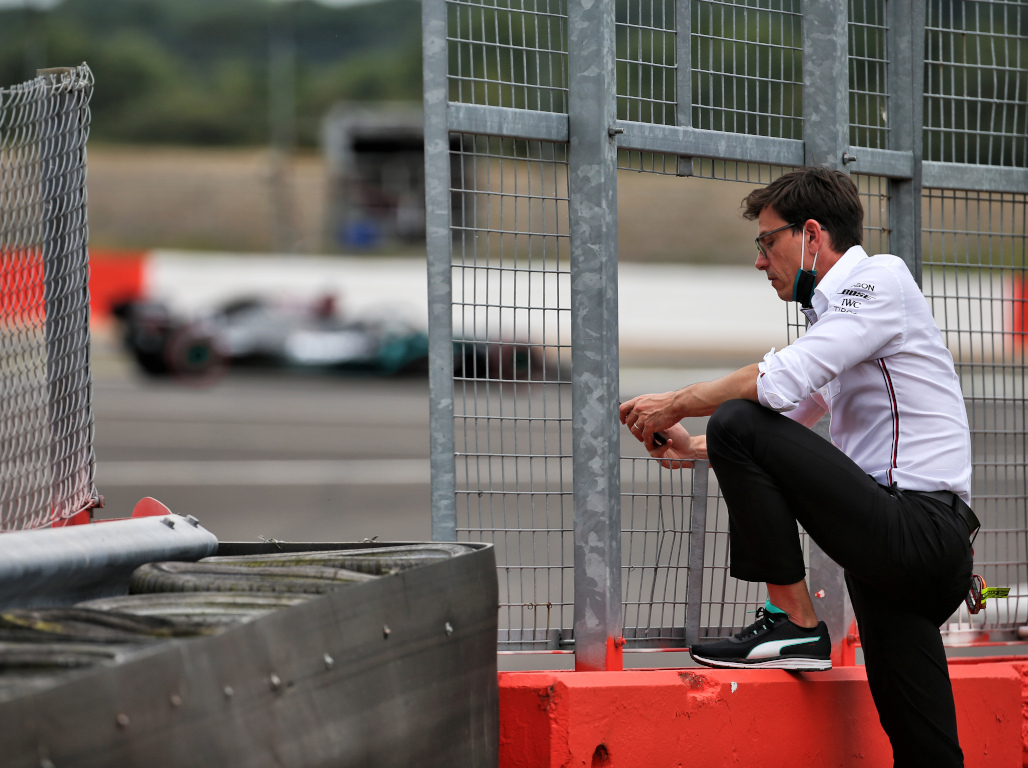 It’s a good thing Toto Wolff prefers the stopwatch to the boardroom as he has again claimed Ferrari would have vetoed his appointment as F1 CEO.

Yet to re-sign with Mercedes, there have been a lot of rumours regarding Wolff’s future plans over the past few months.

While some reports linked him to a move to Aston Martin, teaming up with good friend Lawrence Stroll, others claimed he was in line to replace Chase Carey as Formula 1’s CEO.

The latter is a definite no.

F1 announced last week that the position had instead gone to former Ferrari team boss Stefano Domenicali, who will take over in January 2021.

Wolff isn’t at all upset about the news, saying when he thought about possibly replacing Carey he realised he wanted to rather remain in the thick of the fight.

He told Sky F1: “Liberty made me think about it but I realised I love the stopwatch and I like the competition.

“If you’re in that role it’s obviously a totally different ball game.

“It didn’t make a lot of sense to pursue because Ferrari made a clear commitment and said ‘no, we would veto that’.”

While Jean Todt is the current FIA president, Ross Brawn has the role of F1 sporting boss with Domenicali handed the top job.

Wolff says he’s not worried that bias will come into play.

“No,” he said, “I think Stefano’s integrity stands above all and he would have a big heart for Ferrari as we all do.

“It’s the most unbelievable brand in Formula 1, which Formula 1 couldn’t do without, and in that respect I don’t think he will be in any form biased – the same for Jean and Ross.”

Wolff has yet to announce his 2021 plans with the Austrian admitting he could yet step away from Formula 1 to focus on his family.

For now, though, no decision has been made.