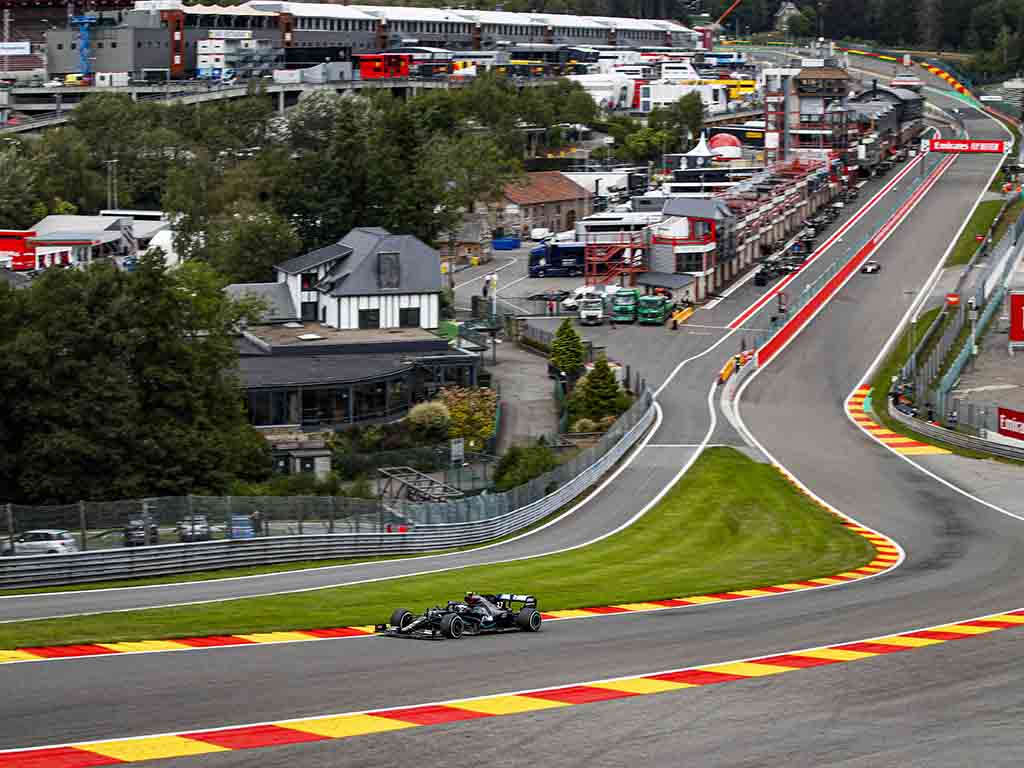 Mercedes boss Toto Wolff is keen to avoid any major alterations to circuits like Spa, believing it should be preserved.

Alfa Romeo’s Antonio Giovinazzi was involved in a big crash with the Williams of George Russell during the 2020 Belgian Grand Prix.

But the impact caused the left-rear wheel to detach from the Alfa, at which point it travelled back across the track and hit Russell’s Williams FW43, wrecking the front-right area of his car and sending Russell into the wall hard at the other side of the track.

Both drivers walked away unhurt thankfully, but just one year on from Anthoine Hubert’s fatal accident it was an all-too-soon reminder of the dangers that a traditional circuit like Spa still poses, even with all the safety modifications over the years.

But Wolff is keen to ensure that circuits like Spa retain their character and aren’t diluted too much.

“I think Spa is one of the most iconic circuits and I don’t think we should be meddling with these kind of drivers circuits,” he is quoted by Racefans.net.

“The corner Giovinazzi went off is a real driver’s corner. It’s really fast and you can easily lose the rear there and this is what happened. I think I’m happy that both drivers escaped unhurt.

“Obviously, George had to avoid the tyre, which looked scary. I think the tyre shouldn’t come off the car and we need to examine that.

“But on the other side, we are really missing those drivers’ circuits. We should have more of these rather than less.”

McLaren’s Carlos Sainz said after the Belgian Grand Prix that Spa is missing gravel traps and grass on the exit kerbs, saying the addition of the run-off areas at the circuit to make it more suitable for motorbike racing have detracted from the risk factor.

“I feel like the only thing Spa is missing now is the gravel and the grass next to the exit kerbs,” he is quoted by Autosport.

“Now we have a bit too much as far as the feel of risk, and the paying of risk/reward is not good enough in these modern circuits.

“Even though safety is primary, I think there’s still a compromise to be found with Tarmac runoff areas.”