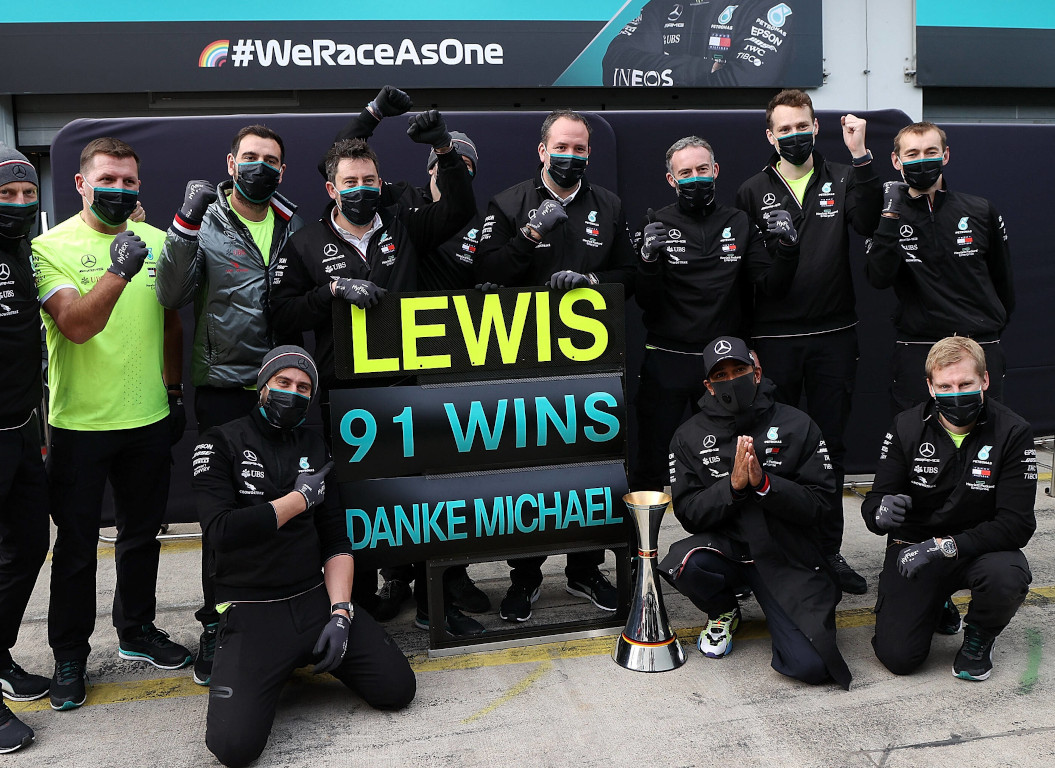 Toto Wolff has defended his 91-time grand prix winner, Lewis Hamilton, saying comments that it is all about the car are “not quite fair”.

It, as to expected, opened the debate over who is the greatest of all time.

Several weighed in including Jackie Stewart, who feels Hamilton cannot be considered the GOAT because of the car he drives, while Bernie Ecclestone says Hamilton has “God knows what” helping his drive the car.

Wolff says that is not fair on the driver.

Although he acknowledges Hamilton is in the right car at the right time, he says even that should be applauded as Hamilton made the right career choices unlike some other really good drivers.

“I read that, and in my opinion, that’s not quite fair,” Wolff said.

“Winning races and winning championships is always a team exercise in this sport, but you need to put yourself in a position that you end up in the best car.

“You can see lots of talents and skilled drivers took wrong decisions, or not well-advised decisions, and in that respect it was him who joined Mercedes in 2013 and it is him that sits in the car and is able to execute on track with the tools that we provide to him, but it’s always the two that are part of this.

“I don’t want to allow these voices that say ‘well he drives a Mercedes, it’s obvious that he wins these races’.

“Well the drivers who say that, they should try and analyze why they haven’t found their way into a Mercedes.”

Wolff applauded Hamilton for equalling Schumacher’s record, one which he could break next time out in Portugal.

The Mercedes team boss, though, reckons one day some youngster might come through the ranks and do the same to Hamilton’s records.

“It’s unbelievable that Lewis has reached those 91 wins,” he said. “For me, Michael stands above all, he’s an icon and personally equalizing that record and us synchronizing the Ferrari record is almost surreal.

“Records are here to be broken, and I think that’s what Michael said as well. And Lewis is still on his journey, but maybe there’s somebody in nursery or school that will one day (race) and go for the Lewis record and this how it should be.”

However, what Wolff feels is most impressive about Hamilton is how the Brit has grown on a personal level since joining Mercedes back in 2013.

“That is something that is truly inspiring.”