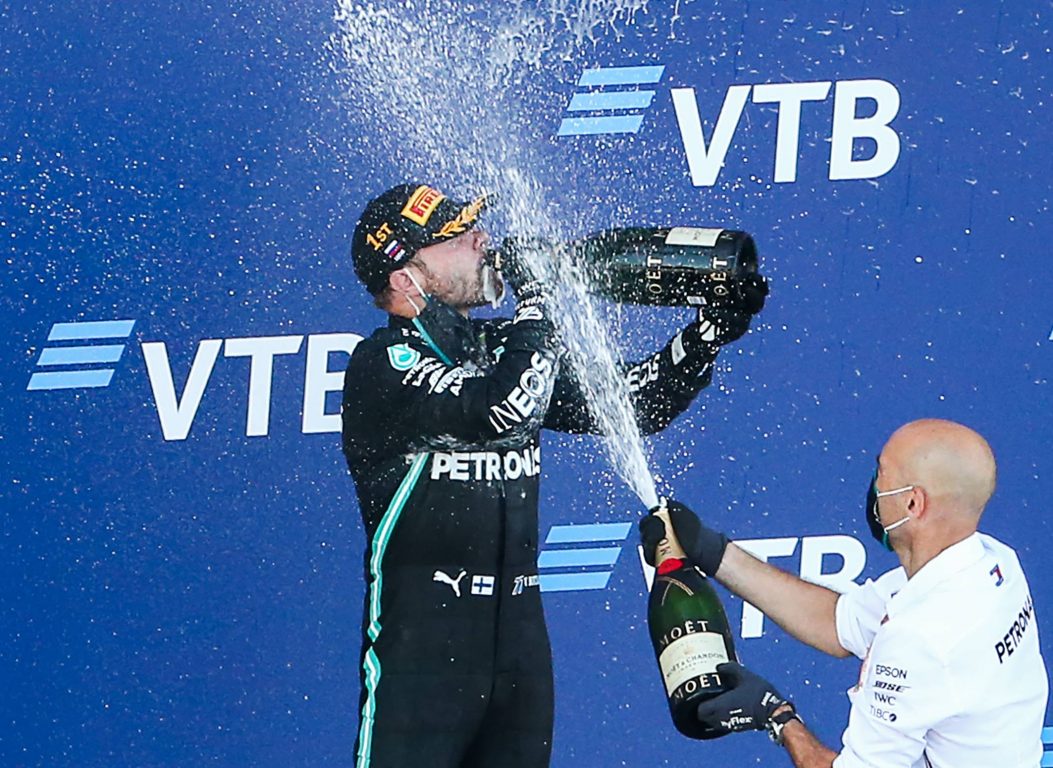 Toto Wolff has admitted that Valtteri Bottas’ victory in the Russian Grand Prix at Sochi was “overdue”.

Bottas gained only his second win of the 2020 season, following his triumph at the opening Austrian Grand Prix.

The Finn is now 44 points behind his Mercedes team-mate Lewis Hamilton in the World Championship standings. Hamilton has won six races this year to Bottas’ two.

But the respective totals may well have been seven-one had Hamilton not been compelled to serve a 10-second penalty at his pit-stop for two separate rules breaches of performing a practice start in the wrong place. The World Champion had led the race up to that point.

Nevertheless, Mercedes team principal Wolff, during a post-race media briefing, was delighted when the topic of questions switched from Hamilton’s punishment by the stewards to the less thorny issue of Bottas taking the chequered flag.

“I’m so happy that we finally speak about Valtteri!” said Wolff, in response to a question about what the win would do for Bottas’ confidence.

“I think Valtteri was overdue to win a race. He was very close in several qualifyings, he was in the lead at Mugello and in that respect, he deserved this win. He drove a brilliant race, kept his cool and just cruised home. 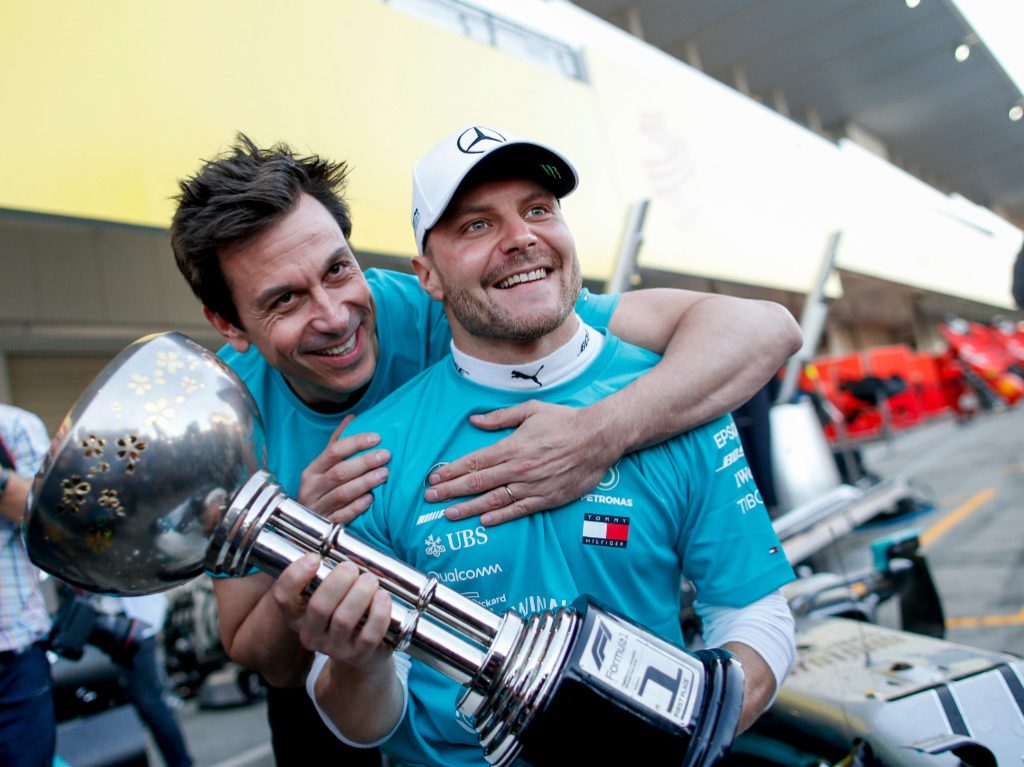 Mercedes have now won all seven races at Sochi since the Russian Grand Prix was introduced to the F1 calendar for the 2014 campaign.

Next up is the Eifel Grand Prix at the Nurburgring, which is an unexpected ‘home’ race for Mercedes this year after it was added to the schedule due to the cancellation of some events as a result of the global health pandemic.

“It will be certainly exciting with lower temperatures and maybe rain. But the Eifel is good for everything.

“We are looking forward [to it]. Unfortunately we can’t have any guests, nor can we have any Mercedes people there in the grandstands, which is always nice to have.

“But in the end, you score points everywhere and you are more attached to certain tracks than to others, and I guess we just need to have a good race there like we had in Russia.”