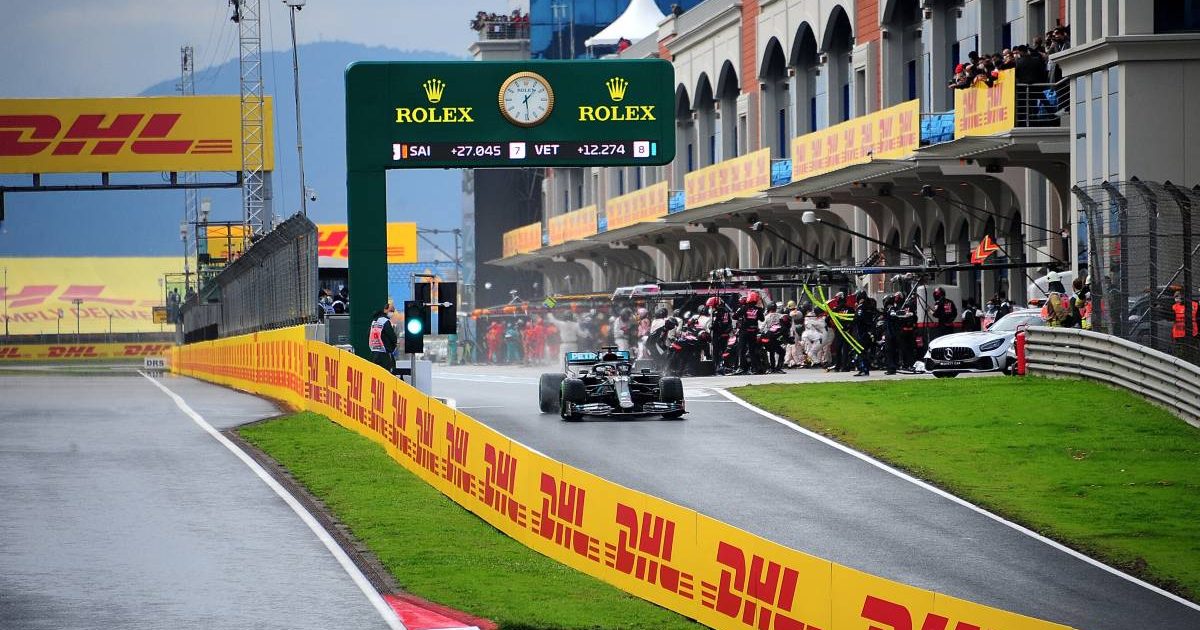 Another change to this year’s Formula 1 race calendar has been confirmed with the Turkish Grand Prix officially postponed.

Only just over a fortnight since it was announced as the replacement for the Canadian Grand Prix, the proposed race at Istanbul Park has been called off.

As the global health pandemic continues to rage, Turkey was added to the UK’s ‘red’ travel list last week which means visiting that country is strongly discouraged.

A 10-day quarantine period in a hotel of the government’s choice would have been imposed on anyone returning from Turkey to the UK, where most of the Formula 1 teams are based.

It means the latest rejig to a calendar which has been modified several times already, with an extra race now having been added in Austria – which staged the first two grands prix of the disrupted 2020 campaign.

In addition, the French Grand Prix has been brought forward by seven days, which means it now takes place on June 20, a fortnight after the race in Azerbaijan, with a weekend’s gap in between where Canada/Turkey had previously been scheduled.

From there, the calendar resumes its intended schedule, with a two-week gap until the British Grand Prix on July 18.

Your updated F1 calendar, now with two races in Austria and a slightly earlier race in France 🗓️#F1 pic.twitter.com/KmFYDnCL4b

However, all may not be lost for Turkey, because it has joined China on the reserve list for later in the season should any further races have to be cancelled.

Formula 1 CEO Stefano Domenicali said: “We were all looking forward to racing in Turkey, but the travel restrictions in place have meant we are not able to be there in June.

“Formula 1 has shown again it is able to react quickly to developments and find solutions and we are delighted we will have a double-header in Austria, meaning our season remains at 23 races.

“We have had very good conversations with all the other promoters since the start of the year and continue to work closely with them during this period.”