Home News Max, Gasly out after chaotic start at Mugello 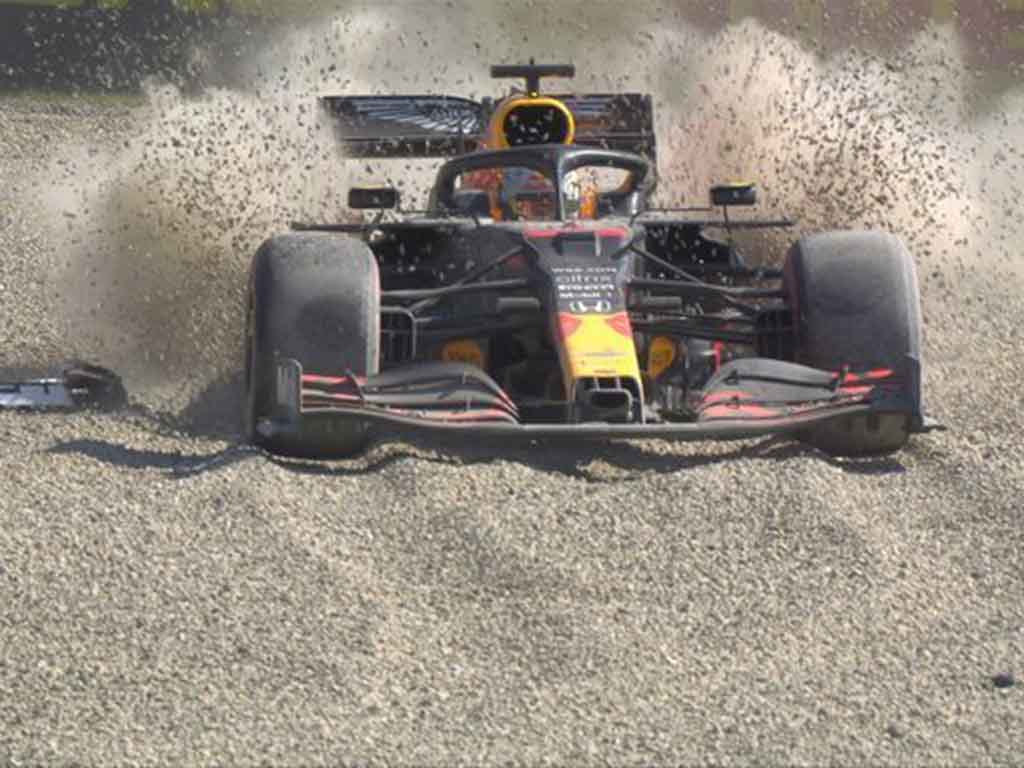 Max Verstappen and Italian GP winner Pierre Gasly were casualties of a massive tangle at the start of the Tuscan Grand Prix.

There were concerns before the race about whether or not Verstappen would make the start as Red Bull and Honda worked frantically to get the RB16 ready to take the race start.

It seemed that they had successfully pulled off another quick fix on the power unit, but Verstappen had a terrible start from P3 and dropped well down the order.

From there chaos broke loose on Lap 1 as Gasly, Kimi Raikkonen, Carlos Sainz, Romain Grosjean, Sebastian Vettel and Verstappen were all among the cars to be caught up in a collision at Turn 2.

He then got caught up in a midfield tangle before ploughing into the gravel at Turn 2 😮#TuscanGP 🇮🇹 #F1 pic.twitter.com/v89iNL2S2D

Replays showed Gasly ploughing into the back of Raikkonen’s Alfa Romeo, who in turn collected Verstappen and beached him in the gravel trap.

The dismal start for Verstappen suggested that his pre-race power unit issues may have still been present after all.

Valtteri Bottas was able to jump Mercedes team-mate Lewis Hamilton off the line to leave the Mercedes P1 and P2.

A second DNF to follow the previous one at Monza means Verstappen’s thin chances of winning the Drivers’ Championship have likely now all but gone.

Shortly after the restart another huge incident in the midfield involving Nicholas Latifi, Kevin Magnussen, Antonio Giovinazzi and Carlos Sainz caused the red flags to come out for the second race in a row.

Sainz was seen walking back to the paddock favouring his hand, but fortunately all drivers escaped without notable injury.