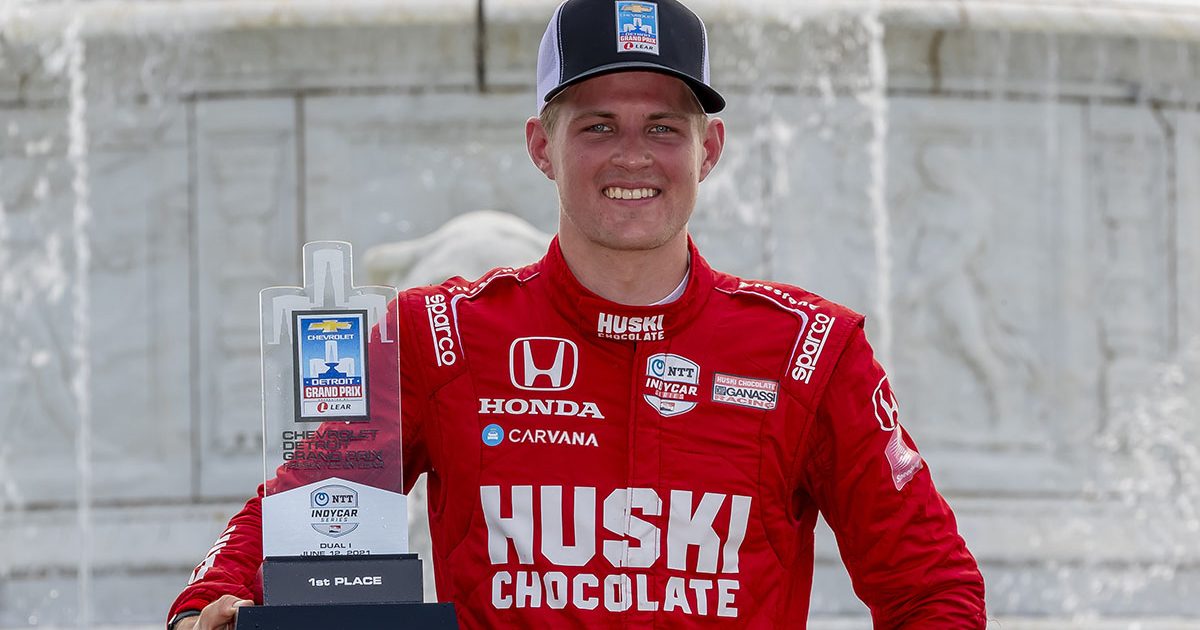 Marcus Ericsson and Kevin Magnussen are the latest ex-Formula 1 drivers to experience success whilst competing Stateside in Detroit.

Over two years on from making his IndyCar debut, former Caterham and Sauber/Alfa Romeo driver Ericsson can now call himself an IndyCar race winner after winning a chaotic first race as part of a weekend double-header at the Chevrolet Grand Prix of Detroit.

Ericsson is now the seventh different winner in as many rounds in IndyCar and the relief of finally claiming his first victory was clear for all to see.

“It’s been such a long time for me. It’s been tough. I feel so good,” Ericsson told reporters at Belle Isle.

“It was still a bit disappointing in qualifying [starting P15], but we knew we had a good race car — particularly once things fell my way.

“It feels really good. It was about time. I thought, for once, the [last] laugh was on my side. I think we deserved that.”

There was no such joy for Romain Grosjean, though, who crashed out at Turn 9 with five laps remaining.

But there was also delight for Kevin Magnussen at the same venue just a few hours later, who was able to turn his first IMSA pole into a first career win since 2013.

“The whole season we have been fast, but just not getting it to the end. We led a lot of laps this year and finally the right laps.

Chip Ganassi Racing had an impressive weekend [referring Ericsson’s IndyCar win earlier]. I was happy to contribute to that with a win as well.

“Coming here and knowing I was going to be able to fight for wins was a real privilege.

“To go racing with this awesome car at these awesome tracks with this team is a dream. I feel very fortunate and blessed to be able to do that.

“To come out of this weekend with the big trophy it’s pretty special. I am back in a winning situation and really enjoying it.”

Magnussen was asked the almost inevitable question of whether he would one day like to return to Formula 1 – but only a very unlikely scenario would see that happen.