Home News Bottas encountered ‘quite a few issues’ in testing 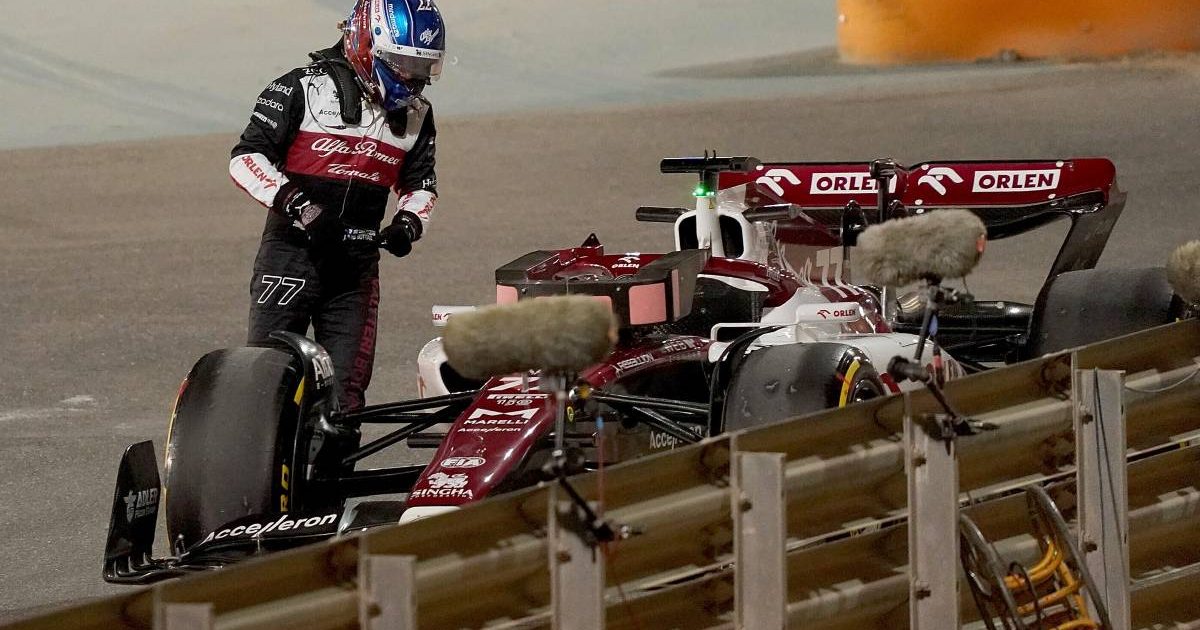 Valtteri Bottas says the main priority for Alfa Romeo heading into the first race is to put a stop to their reliability issues.

Alfa Romeo were able to significantly increase their lap count at the Bahrain pre-season test compared to their troublesome Barcelona showing, but Bahrain ended on a low as Bottas ground to a halt in the closing stages of the afternoon session on day three.

The Finn appeared to be stuck in fourth gear, a problem his team-mate Zhou Guanyu had previously come across.

Bottas confirmed the team are still investigating what went wrong, but urged these issues must dry up once the season gets under way in Bahrain next weekend.

“I just lost drive,” he said when asked by reporters for the cause of his day-three stoppage in Bahrain.

“We are still looking at it but just lost drive, couldn’t shift gears and couldn’t move forward.

“So it wasn’t a great way to end the day, but the positive thing was we got some good running, mainly on high fuel.

“At the end we did a bit shorter runs and they felt pretty okay, and also the high-fuel runs actually quite promising in the way the car was behaving and how consistent stints I could do.

“So a good day for learning, but we’ve had quite a few issues last test and this test, so I think that’s the number one priority now to fix.”

Bottas managed to complete only 54 laps at the Barcelona shakedown, so further problems at the Bahrain test were certainly not welcome.

But he is a veteran of the Formula 1 grid now, so he does not believe these roadblocks will impact him very much.

The Finn has switched to Alfa Romeo for 2022 after five seasons at Mercedes, having helped the team to win all five Constructors’ titles on offer in that time.

“Of course I would have liked to have had more laps but I’m ready – it’s not my first rodeo,” he said.

“I’m sure it will be okay, but we need to make sure we learn from the mistakes and issues, that’s the number one thing as I said, and still we will have a few practice sessions to fine-tune the balance next week.”

Bottas, as per the Sauber Group website, added he “can really say the car’s potential is there” after the Bahrain test, while he “was really starting to enjoy” driving the C42 by the closing stages of the third and final day.

He saw consistent progress from the team throughout the test and is now feeling fully prepared for his debut race.

“It feels good to finish pre-season testing with a strong day. I feel we made another step forward,” he said.

“It’s nice to see constant progress from the team every day and to be able to get some proper short and long runs on a day when it all came together.

“I had my busiest day in the car and I was also able to go through the procedures we will use during next week’s race weekend. There’s a lot for me to take in, but I can be satisfied with the work we have done in pre-season.

“The team did a great job making me feel at ease and giving me the tools to prepare properly. I feel I am fully ready for the start of the season.”