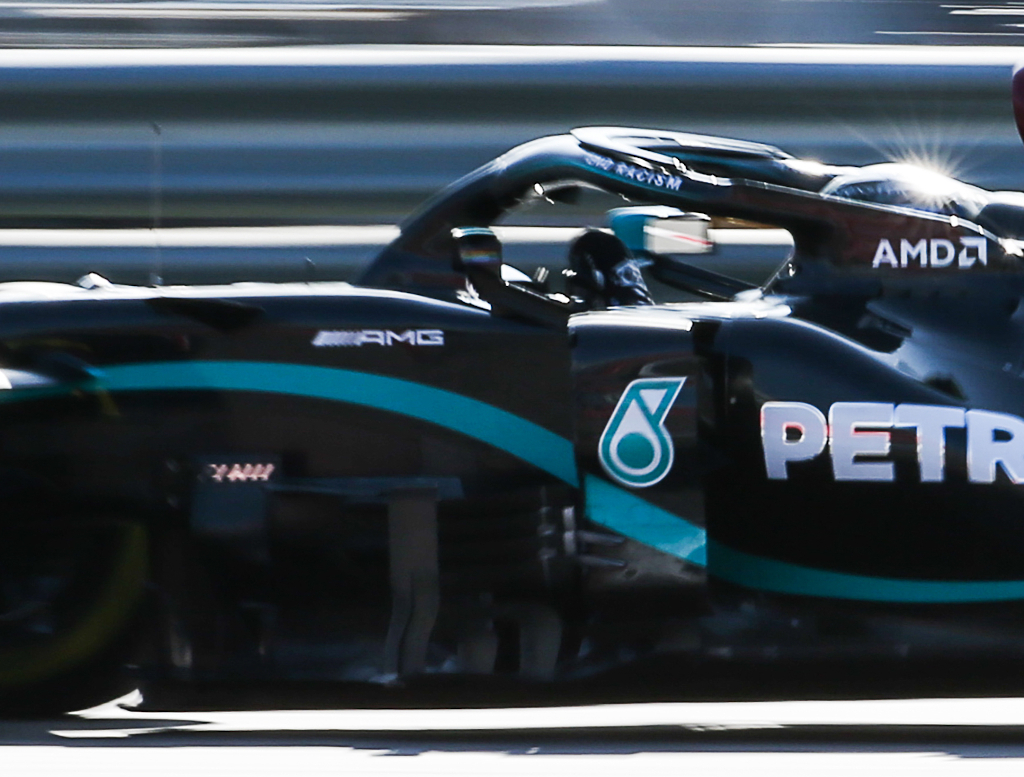 Valtteri Bottas has avoided a penalty with Mercedes only needed to change the control electronics on his power unit following his Eifel GP DNF.

Bottas retired at the Nurburgring when his Mercedes W11 suffered a loss of power.

While initially Mercedes feared it could result in a grid penalty for the Finnish driver as the team thought it related to the MGU-H, the issue was subsequently confirmed as electrical.

As such the team has changed Bottas’ control electronics ahead of this weekend’s Portuguese Grand Prix, opting to do the same with Lewis Hamilton’s car.

As a result, both of its cars will take a new control electronics for this weekend’s running in Portugal.

“Valtteri’s failure in Germany was located to a failed electrical component in the control electronics,” a Mercedes spokesperson confirmed.

“Both he and Lewis will take new modules this weekend, and we have made calibration changes too in order to avoid a repeat.

“It’s the second module for both drivers, so within the permitted allocation.

People say we're dominating F1, but we've never even scored a point in Portugal before so… 🙃 pic.twitter.com/ylMw9guxt8

The Brackley-based team is currently tied for the record with Ferrari who won six in a row from 1999 to 2004.

Should Mercedes record a 1-2 finish, Red Bull would need to score at least five points but should they only manage a 1-3, then Red Bull must not score a single point.

Mercedes has already announced that neither driver will run DAS in Friday’s practice as the team prepares for the 2021 season in which the system will be banned.

The Dual Axis Steering system, which first appeared in winter testing, alters the front wheel toe angle when the driver pushes or pulls on the steering wheel.

“A lot of the directions Valtteri and I have been pushing the car over these past couple of years have come to fruition, and then there’s, I’d say, things the team have dreamed up – some incredible designs such as DAS,” said Hamilton.

“Of course, it’s not around for next year which is totally fine, we’ll find another – another of the geniuses will come up with another great way of moving the team forward.”