Home News Bottas tells crashers: No point whining about it 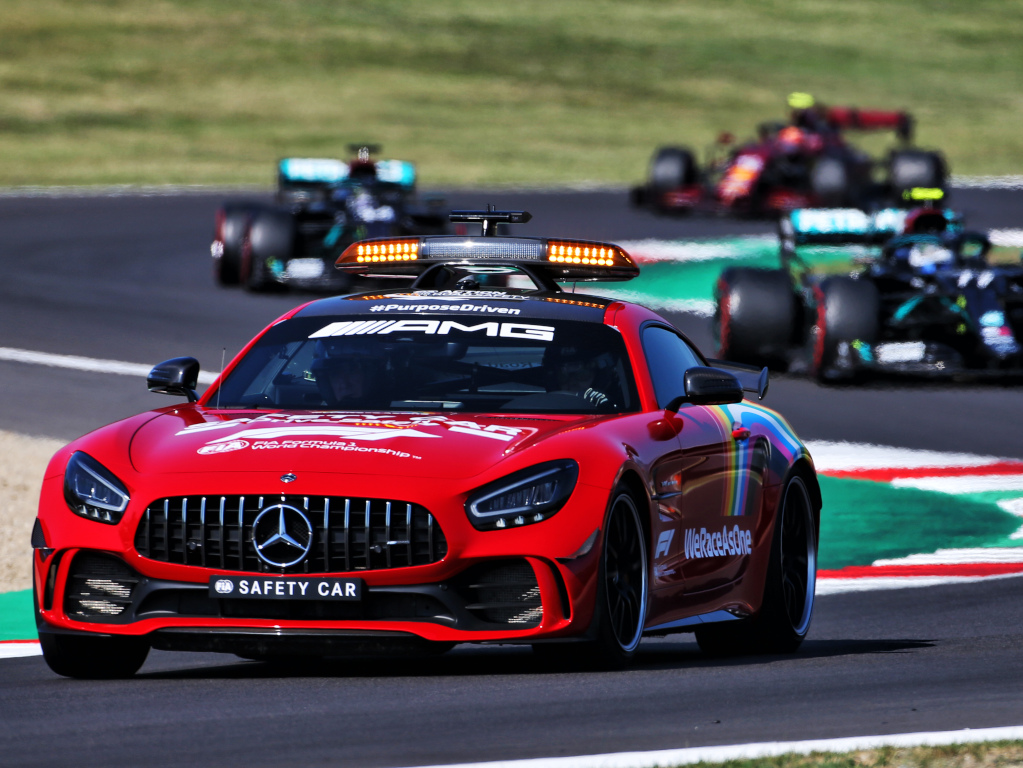 Valtteri Bottas says those who crashed under the first restart at the Tuscan GP shouldn’t “whine about it” as he did nothing wrong.

Bottas took the lead off his team-mate Lewis Hamilton at the start of the Mugello while further back there was a crash involving Pierre Gasly and Max Verstappen.

With both those cars out of the race, the Safety Car was deployed for several laps as the marshals removed the cars and cleared the debris.

The Safety Car pitted at the end of lap 6 with Bottas handed control over the start.

The Finn took his time, wanting to catch Hamilton unaware and remain in the lead.

But while Bottas was slow to go, several cars further back accelerated only to realise the Mercedes driver hadn’t yet gone.

Bottas insists he did nothing wrong.

“We’re allowed to race from the control line, which has been there for a while, I think,” said the Finn, who finished runner-up to Hamilton at the Tuscan GP.

“Just the difference this year has been the Safety Car, they are putting the lights off quite late, so you can only build the gap pretty late on.

“So, of course when you’re in the lead you try to maximise your chances and I’m not at all to blame for that.

“Everyone can look at everything they want for it. I was doing consistent speed until I went.

“Yes, I went late but we start racing from the control line, not before that.

“So the guys behind who crashed because of that, they can look in the mirror. There’s no point whining about it.”

Bottas, however, does feel Race Control should carry some of the responsibility as he feels the lights on the Safety Car are going out too late to spice up the show.

“It’s just… the FIA or FOM, I don’t know who’s deciding what’s happening with the Safety Cars but they’re trying to make the show better by turning the lights later, so we can’t build a gap early and then go like the corner before the race start,” he said.

“They in the main straight, so maybe it’s time to think if that’s right and safe to do so.”