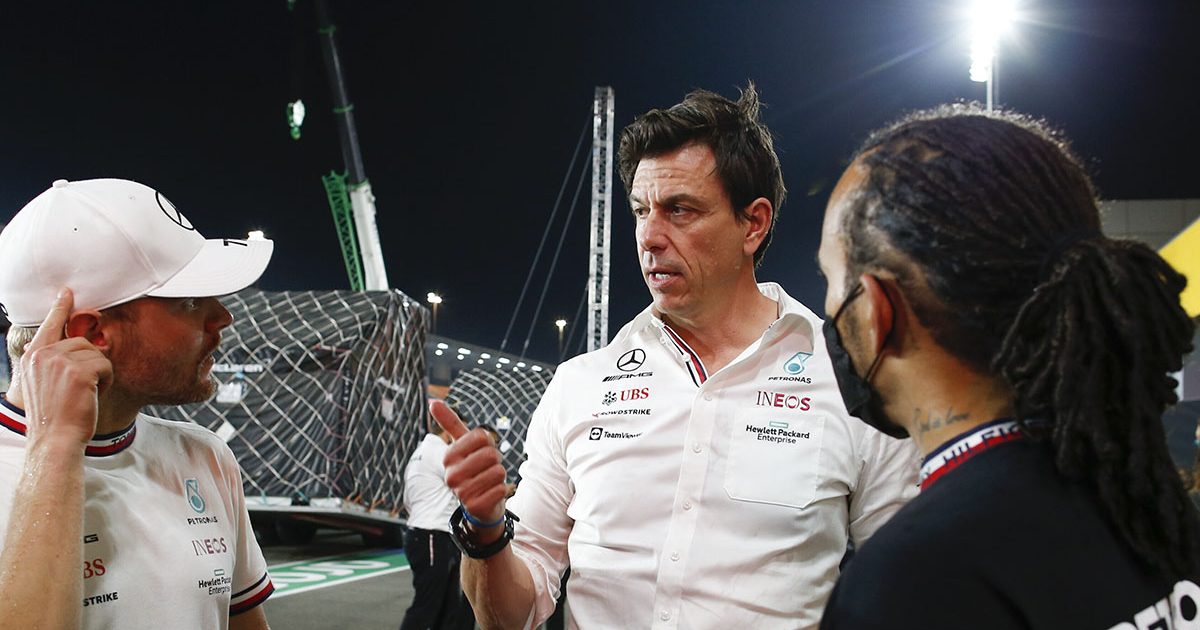 Valtteri Bottas has revealed he had a different spec W12 compared to Lewis Hamilton in Qatar, but couldn’t go in further details.

The departing Mercedes driver topped two of three practice sessions at the Losail International Circuit and qualified third for Sunday’s race, but the weekend started to unravel quickly after that for the Finn.

Slapped with a three-place grid drop for failing to respect yellow flags in qualifying, Bottas lost more valuable places at the start and, just eight laps in, was soon given the hurry-up by a less-than-impressed Mercedes boss Toto Wolff.

Bottas made slow but gradual progress back up the order, but a puncture just past the pit-lane entry and an eventual retirement from the race due to too much damage to his car compounded his misery.

The Mercedes driver said he had no prior warning that he was risking a puncture, but did suggest elsewhere in his media rounds after the race that he had a different set-up compared to Hamilton.

“I have found out the reason, but I cannot give details,” he is quoted by Finnish outlet Ilta Sanomat.

“There were little differences in the cars.”

Meanwhile, Wolff gave Bottas his vote of confidence after being quizzed about the Finn’s latest below-par performance.

“We know that he can drive away when he’s at the front,” Wolff said.

“So the speed is there.

“I have absolute confidence in him for the next races and I hope that we will have a good car. Then Valtteri will be at the front again because we need him there.

As for Bottas puncture, Wolff added to Sky Italia: “He’s very unlucky, because his start was very bad, then he recovered, he was P3 on track, and then there was this puncture.

“If he had finished the race, we would have had a bit of a safety margin for the Constructors’ Championship, now it will be all decided at the end.”

Mercedes hold just a five-point gap to Red Bull in the Constructors’ Championship with only two rounds remaining, while Lewis Hamilton has narrowed the gap to eight points behind Max Verstappen in the Drivers’ Championship following back-to-back race wins.

After Hamilton’s latest success, Wolff confirmed Hamilton will have his fresh Brazil engine back in the W12 for the final two races of the year.