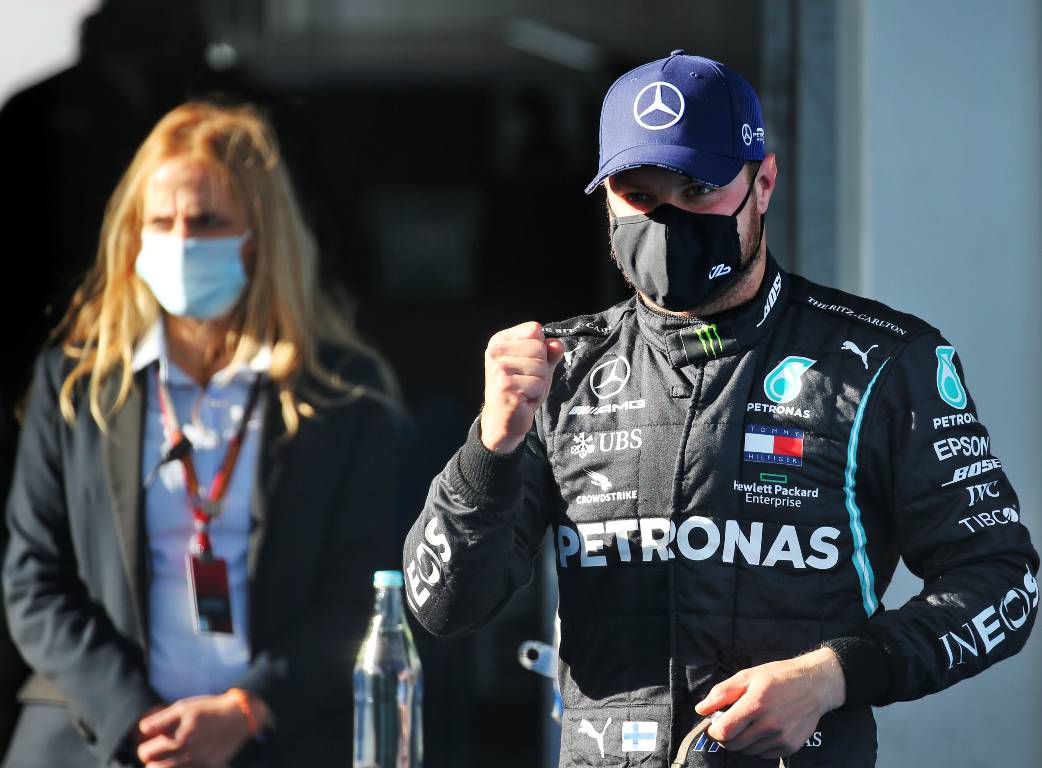 Valtteri Bottas is relishing the prospect of some “question marks” hanging over an Eifel Grand Prix he will start from pole position.

The flying Finn came out on top of a qualifying session that had looked like developing into a head-to-head fight between his Mercedes team-mate Lewis Hamilton and Red Bull’s Max Verstappen.

But Bottas, who had been fastest in the only practice session that was able to go ahead following Friday’s washout at the Nurburgring, pulled out a scintillating lap just when it mattered, going quickest in all three sectors of the track to pip his two biggest rivals.

With no Formula 1 race having taken place at this venue since 2013, this represents something of a step into the unknown – especially for the majority of the grid as this will be their Nurburgring debut in this series.

Bottas did race there seven years ago, for Williams, albeit that was in the summer and now the temperatures are significantly colder, down in single digits, even though the rain that had been forecast for race day now appears to have moved away.

“I really like the idea that there are a few question marks for tomorrow on how the tyres will behave, but at least we are starting from the best place on the grid,” said Bottas, who will aim to follow up his victory in the Russian Grand Prix two weeks ago and further reduce Hamilton’s 44-point World Championship lead.

“Of course I believe I can win – that’s my only goal for tomorrow and hopefully we can have a good start.”

His pole-position lap was another answer from Bottas to his critics who have claimed he does not have the credentials to sustain a title challenge – and he was delighted to produce it on a particularly challenging weekend.

“It’s been pretty tricky with short practice and these conditions,” said the 31-year-old. “I really felt we made the most out of FP3 – one hour is a short time to gather information for both short and long runs.

“It’s always going to be compromised on what things you focus but at least for today it worked well.

“Pole position always feels good and you need to be faster than everyone to get it. It felt like definitely in the last attempt I hit the sweet spot and got all the sectors right finally. It’s such a nice feeling when you get it done with the last chance.”