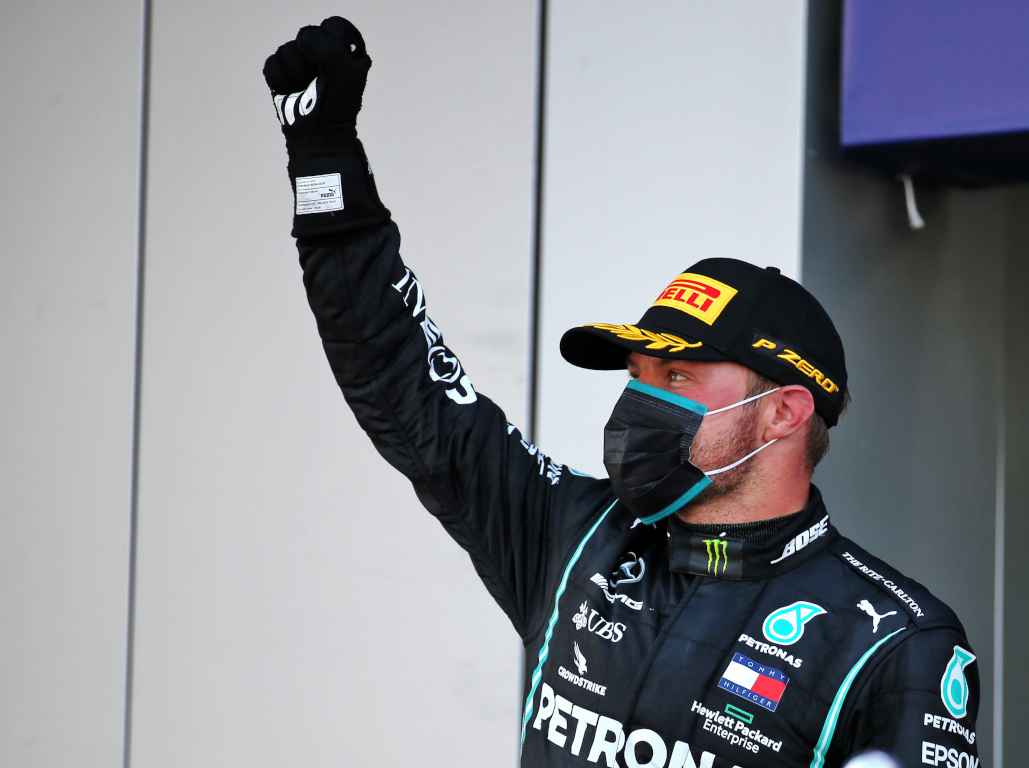 Valtteri Bottas’s “f*** you” after his Russian Grand Prix was aimed at all those on social media telling to just “give up”.

It was the Mercedes driver’s second win of this championship and his ninth grand prix win in total.

Taking the chequered flag, he had a message for all his detractors.

Sunday’s win came after weeks of pundits and critics alike questioning the Finnish driver’s ability to fight Hamilton for the World title.

It was Bottas’ first P1 since the season-opening Austrian Grand Prix, and it was also only the third time this season that Bottas had beaten Hamilton out on track.

Asked about the criticism he has been facing on social media and whether it played on his mind, Bottas denied this.

“No, it’s not been playing on my mind but I just don’t…,” he said, “honestly I just (don’t) get the people who has the need to criticise people.

“You know, there’s been people telling me that I should not bother, I should give up but how I am, I will never do that so I just wanted to, again, send my best wishes to them.

“But the main thing is I’m confident, when I come to every race weekend, I’m confident and I believe I can do it and that’s how I’m always going to be.

“You have to have that mindset so yeah, I’m glad.

“Even yesterday was tough, I didn’t give up, I looked at it positively, I knew there would be opportunities and things came to me today.

“So yeah, I hope I can encourage people not to give up because that’s the biggest mistake you can do in your life.”