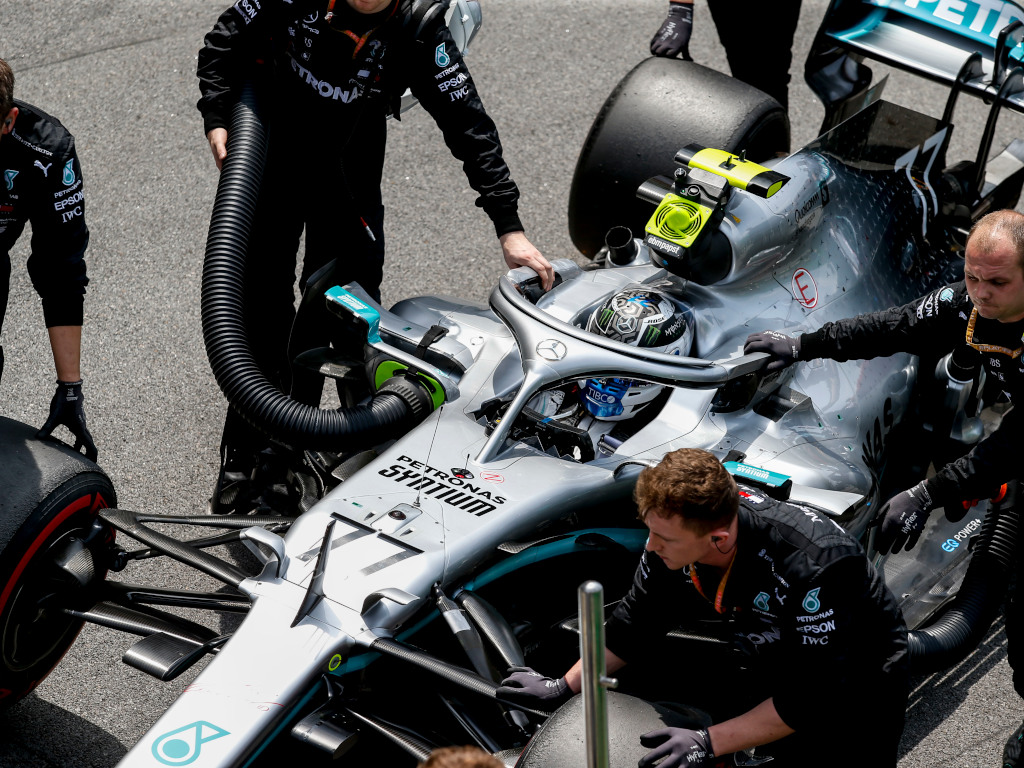 Mercedes are yet to confirm if Valtteri Bottas will take a grid penalty at the Abu Dhabi Grand Prix as they are still to get to the bottom of his engine failure in Brazil.

The Finn suffered only his second retirement of the 2019 season as he was forced to stop on lap 53 at Interlagos due to a problem with his power unit.

Bottas himself didn’t quite know what was happening as his W10 switched off and that was that.

“I think there was a bit of smoke. I didn’t actually see the smoke, but they reported it to me and I couldn’t feel any loss of power but it just switched off,” he said.

Mercedes technical director James Allison says they are still to examine the engine and will only make a decision on whether or not they can reuse the power unit after that.

“We don’t know any more about it,” he told Motorsport.com. “We know that we had elevated oil consumption during the race that ran away very sharply – very sharply – about half a lap before we saw it expire. The engine stopped itself rather than expired in a heap.”

If the engine is not salvageable then he might revert to a previous power unit, but the Finn himself is skeptical as he “doubts there’s any miles left”.

However, a Mercedes spokesperson is not ruling out the use of an old engine for Abu Dhabi.