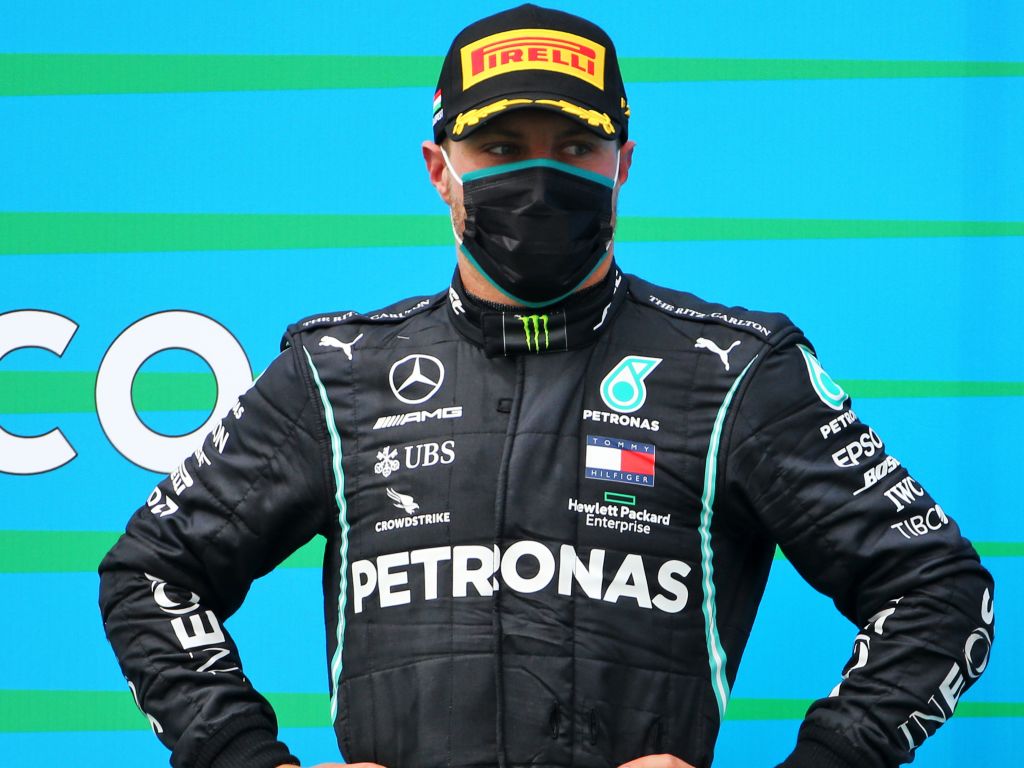 Valtteri Bottas said he reacted to a change on his dashboard rather than the lights after making a false start in Hungary.

Bottas lined up P2, but the Mercedes man sunk down the order after moving in his grid spot before the start, causing a lack of momentum once the lights did go out.

It was Ferrari’s Sebastian Vettel who said the Finn had jumped the start, but in the absence of intervention from the Stewards after the FIA race director Michael Masi said he hadn’t triggered the sensors, Bottas recovered to finish P3 behind his race-winning team-mate Lewis Hamilton and Red Bull’s Max Verstappen.

And Bottas has now revealed that the error was down to something he saw on his dashboard, causing him to misinterpret the start.

“It was a pretty bad race for me, to be honest,” he told reporters after the Hungarian Grand Prix.

“Starting second obviously, you aim to win the race. I lost it at the start.

“I reacted to a light on my dash that went off, I don’t know what it was, but something changed on my dash, so I reacted to that instead of the start lights, so I got anti-stall, so then I had to do the start again.

“I lost it there. No problem but obviously I lost many places, and made the race difficult for me. Fighting to the end, it was pretty close with Max, but still good points.”

Bottas made an extra stop in an attempt to get past Verstappen late in the race with the aid of fresher rubber.

He finished within a second of the Dutchman but he couldn’t make a move, not that he thought the gamble wasn’t worth it.

“I think it was worth the gamble yes, I think it really gave me that difference in the tyre life. It didn’t quite pay off today,” he explained.

“I look forward to Silverstone, but plenty again to learn from this weekend.”