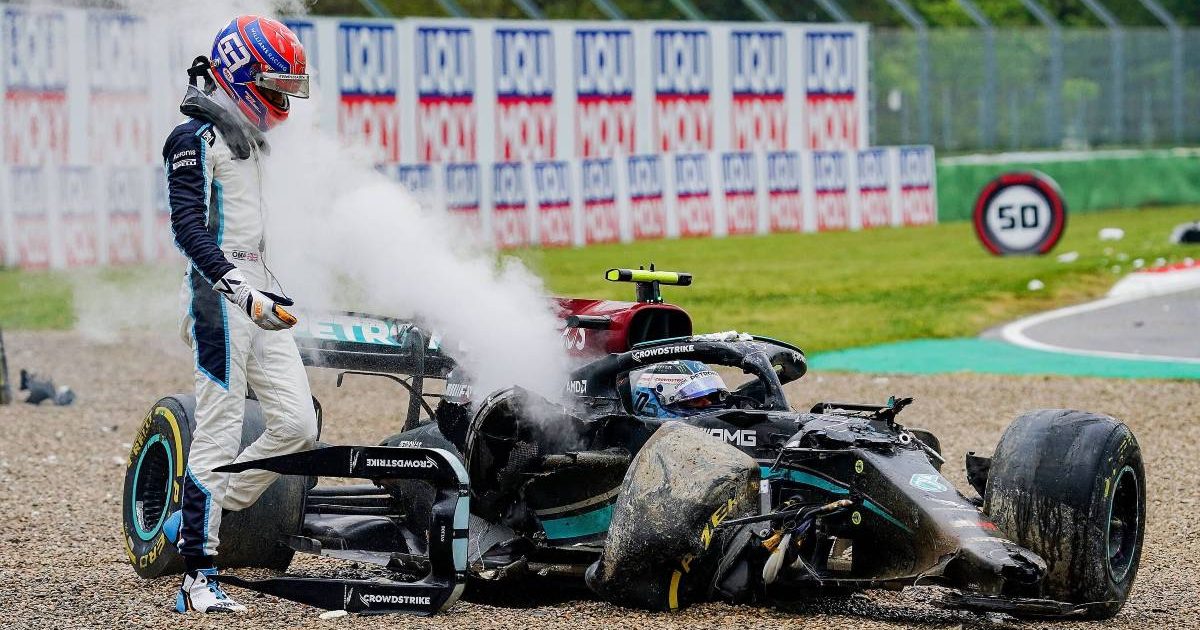 Valtteri Bottas has indicated he missed a call from George Russell to apologise after their Imola crash because he was asleep.

The duo collided on lap 32 of the Emilia Romagna Grand Prix when Russell, in his Williams, tried to overtake Bottas on a drying circuit and lost control of his car, sending both spinning into the barriers and out of the race with heavy damage, bringing out the red flags.

While Bottas was still getting his breath back sitting in the stricken Mercedes, Russell went over and angrily remonstrated. The Finn showed him the middle finger and received a swipe across the helmet in return.

After each driver blamed the other, and the stewards deemed it a racing incident, the 23-year-old Briton publicly apologised via social media for his conduct – which he has subsequently described as a “rash judgement” having “felt like that wasn’t me”.

Bottas has now declared the episode “done and dusted” and while he has yet to speak with Russell, he simply wants it consigned to the past.

“I heard about his post and apology and I read it,” said Bottas during his press conference for the Portuguese Grand Prix.

“But yeah, to be honest, we haven’t spoken after the race, after the stewards’ [inquiry]. I did have a missed call on the Monday morning but I was still sleeping.

“We haven’t spoken but I’m sure it’s the same for George, it’s done and dusted. It’s history, and there was no decision by the stewards. George apologised, and [it’s] time to move on.”

Not my day today 🇮🇹🏁

Half decent shunt. No points so disappointed. Taking any positives I can from the weekend and move on!#VB77 #F1 #Imola @MercedesAMGF1
📷 @KymIllman pic.twitter.com/TNln8YypKU

Bottas said he had also spoken to Mercedes co-owner and team principal Toto Wolff in the aftermath, with the Austrian having expressed concerns for the start to the season the 31-year-old has made.

After finishing a distant third in the Bahrain Grand Prix, the fact Bottas was under threat of being overtaken by a Williams, driven by a rival for his seat, at Imola led to Wolff saying the team-mate of Sir Lewis Hamilton was “making steps backwards”.

“We had a chat after, just to go through the situation, which is normal,” said Bottas of his discussion with Wolff.

“But apart from that, we agreed [to] take the positives and learn from the negatives and move on. Kind of one to forget really.

“One positive for sure is it was only race two of the season and there are 21 to go.”