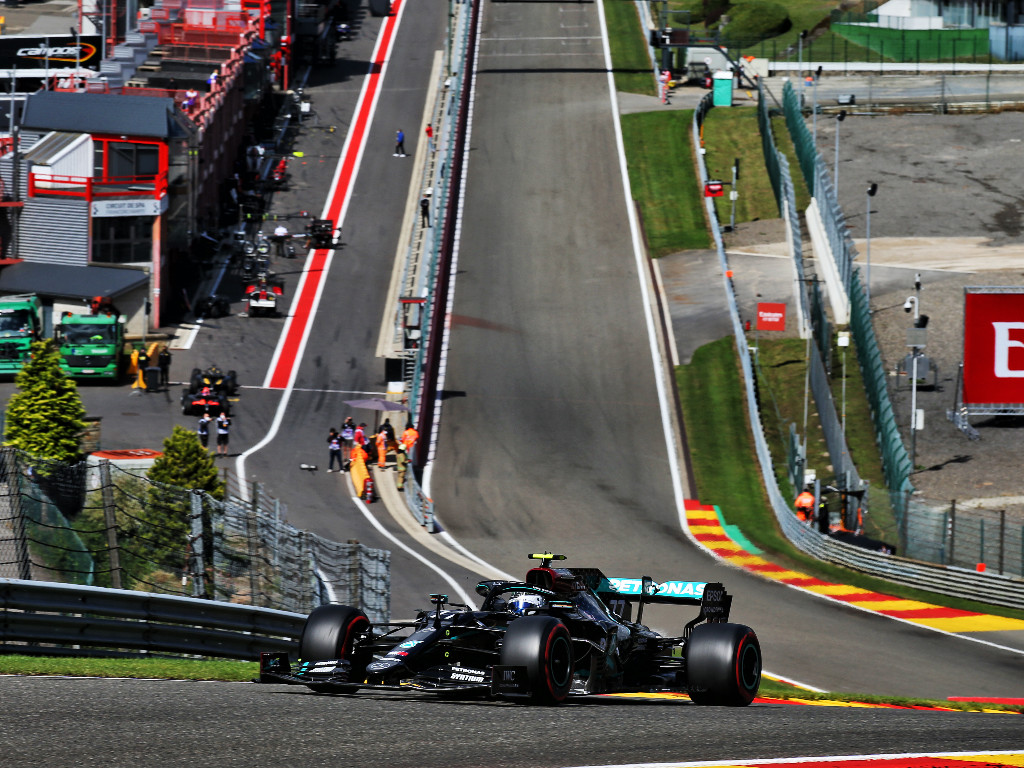 Valtteri Bottas said he isn’t “too bothered” to have missed out on pole to team-mate Lewis Hamilton in Belgium.

That’s because he has his eyes on the potential opportunities at the start since the long drive from La Source through Eau Rouge and Raidillon to Les Combes will make it difficult for Hamilton to stay ahead if Bottas can’t take the lead from the initial launch off the grid.

So in many ways, Bottas thinks starting from P2 will present him with more opportunities.

“I’m not too bothered because I know second place is quite a good place to start,” he told reporters.

“It’s always quite an interesting run into turn five. So I’m looking forward to tomorrow.

“You can plan something but in the end, every start is always different.

“Of course we look at all the other starts here in the previous years and try to take the learnings and be prepared for any kind of situations, but you have to go with the instincts as well. We’ll try and find a way to make things interesting.”

Valtteri takes P2 to make it an all-Mercedes front row for Sunday's #BelgianGP! And we can't wait for race day 😍 pic.twitter.com/cv7FR084Be

Of course what won’t please Bottas is the 0.511-second gap to Hamilton at the end of Q3, and he admitted to being mystified by that deficit.

“Turn One was a bit inconsistent, but I think we got the car right there,” he said.

“It’s just that on the first run in Q3, I think the tyres were a bit too cold at the start of the lap, so I had a bit of a lock-up there, so that was it for the first run.

It has now been confirmed that the 2020 calendar will consist of 17 rounds, so with Belgium serving as Round 7 of the season and Bottas 43 points behind Hamilton in the Drivers’ Championship, it’s already starting to feel like now or never for the Finn.

So, it’s no surprise then that Bottas fully intends to go on the attack around Spa.

“Yes, of course, I need to attack if I still want to keep the title hopes there,” he confirmed.

“Nothing is, obviously, over until it’s over and I’m going to go for it.”