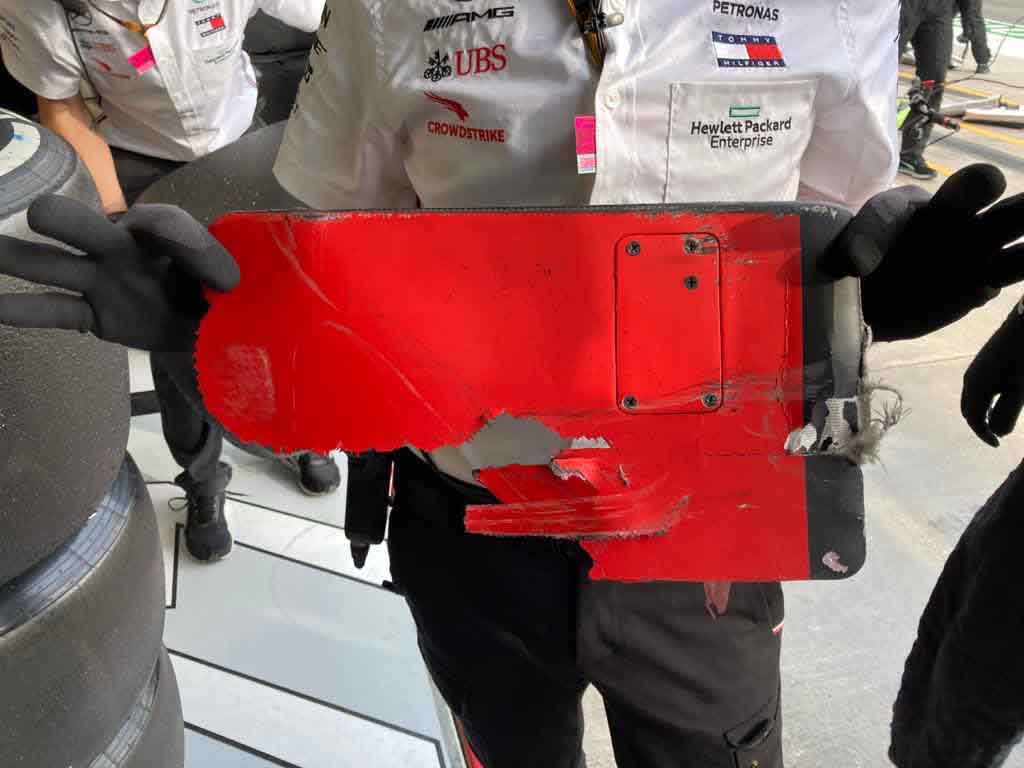 Valtteri Bottas has said that he did see the debris which impacted his Imola Grand Prix but he was simply unable to avoid it.

Bottas was able to keep hold of the race lead after landing pole position on Saturday but his afternoon went from good to bad after picking up some debris from a Ferrari, causing floor damage to his W11.

The Finn subsequently went wide twice at Rivazza later in the race and, on the second occasion, was pounced upon by Max Verstappen for P2 behind race leader Lewis Hamilton.

But, thankfully for Bottas and Mercedes, a sudden tyre blow-out for Verstappen allowed the Silver Arrows to re-establish a 1-2 finish and secure a record seventh consecutive Constructors’ title.

Bottas, though, could do nothing else to try and stop hitting the debris hard.

“I think that made a big effect today,” Bottas said.

“The start was good, that was one of the main things to get right today, but on lap two suddenly out of turn seven there was debris.

“I didn’t have time to avoid it. I saw it. I aimed for the middle of the car, to try not to run over it with the tyres, but obviously, it caused some damage or something that made the car quite difficult to drive.

“I was really pushing hard to avoid Max getting through so I had to push over my limits and that led to mistakes.”

Here’s the piece of debris we just removed from VB’s car👇 pic.twitter.com/C4GrYR7ohn