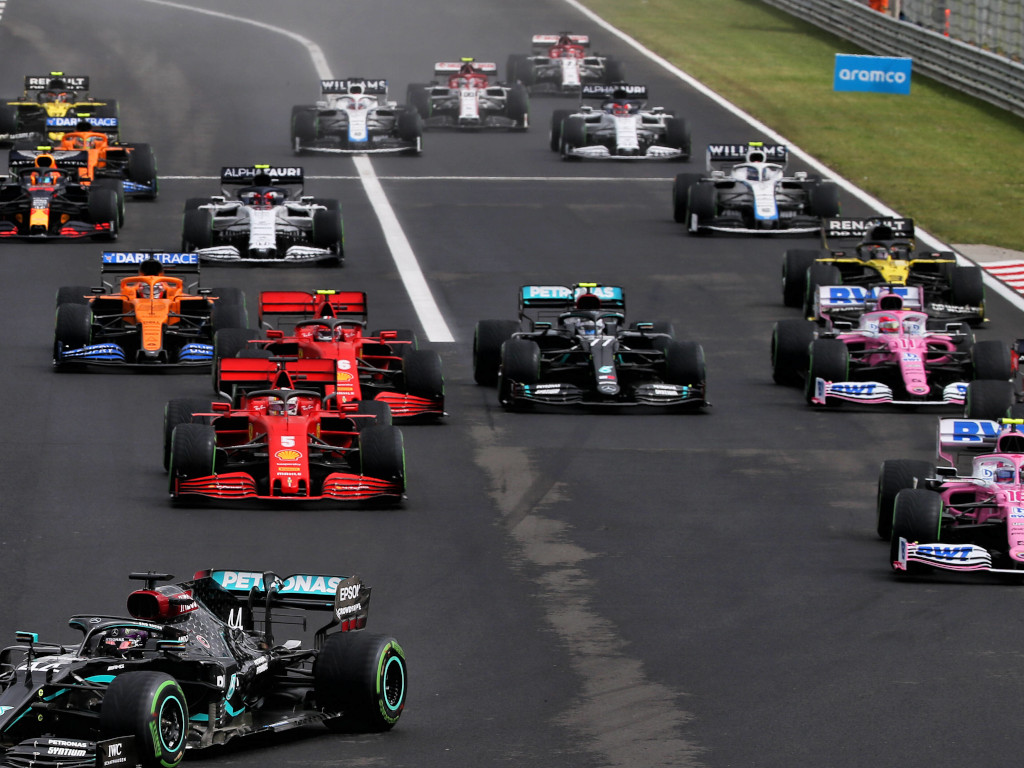 Michael Masi says “one team” questioned Valtteri Bottas’ apparent jump start in Hungary but accepted that it was within the “tolerances”.

Starting second on the grid after Mercedes locked out the front row for the Hungarian Grand Prix, Bottas made a small but noticeable before the lights went out.

The Finn immediately stopped his car, costing him several positions as the rest of the field got going at that moment.

Bottas recovered to finish the grand prix in third place, behind Hamilton and Max Verstappen.

Not the start that Valtteri Bottas was looking for 🚦

Michael Masi, FIA Race Director, said the movement was within the tolerance of the sensors and systems used to determine a jump start

But Bottas ended up losing several places in the run to Turn 1#HungarianGP 🇭🇺 #F1 pic.twitter.com/kUhGbnb7Xf

However, throughout the grand prix many fans wondered why Race Control did not announce an investigation into Bottas’ jump start.

70 laps later there was still no investigation and the Mercedes driver stayed third in the official classification.

The rules of a jump start, dictated by Article 36.13 (a) of the sporting regulations, state that a driver will be considered to have jumped the start if he has “moved before the start signal is given, such judgement being made by an FIA approved and supplied transponder fitted to each car”.

There is, however, a small “tolerance” in the equation says Masi.

“So within the sporting regulations, the official manner in which a jump start or a false start is determined is by a sensor that is fitted to the car through the transponder,” he explained to the official F1 website.

“That’s the same as it has been for many, many years.

“I think the last one we had was in Japan last year, and that is the official means.

“That sensor was within tolerance and that tolerance is the official means, there are no other means within the regulations to determine a jumped start.”

Masi revealed that “only one” rival team questioned Bottas’ mishap on the start but didn’t name names.

That team is thought to be Ferrari after Sebastian Vettel, who himself made a small movement on the grid at the 2019 Japanese GP but avoided a penalty, was heard over the team radio asking about Bottas’ jump start.

Masi said: “Only one other team asked the question and as soon as I said it was within the tolerance of the sensor they were fine.”

Explaining things from his perspective, Bottas revealed that “something changed” on his dash prompting him to react as if the lights had gone out.

He said: “I reacted to a light on my dash that went off, I don’t know what it was, but something changed on my dash, so I reacted to that instead of the start lights, so I got anti-stall, so then I had to do the start again.

“I lost it there. No problem but obviously I lost many places, and made the race difficult for me. Fighting to the end, it was pretty close with Max, but still good points.”