Home News Why did Bottas struggle more than Hamilton in Baku? 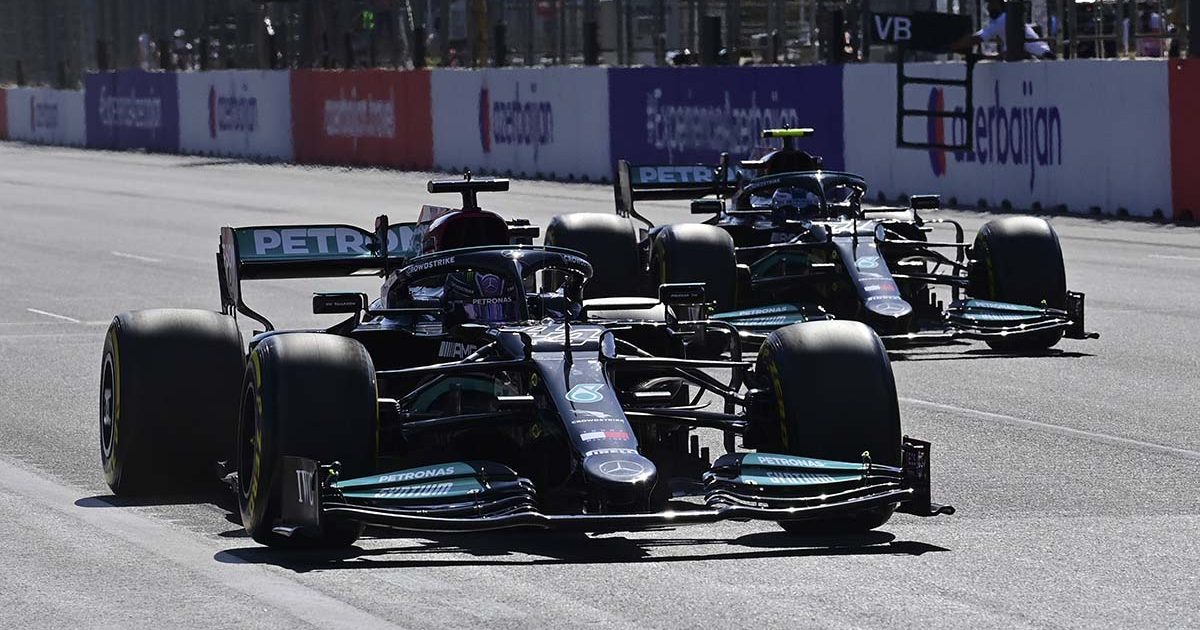 Mercedes’ technology director, Mike Elliott, says Valtteri Bottas’ inability to get into a “positive spiral” in Baku is what ultimately saw him way off the pace.

Questions about Bottas’ future at Mercedes beyond the end of the 2021 season started to be asked again following what can only be described a weekend from hell for the Finn.

Throughout the whole weekend in Azerbaijan, Bottas did not finish higher than P10 in any session, while team-mate Lewis Hamilton – who was not without his own problems – managed to at least pose a threat to Red Bull come race day.

“I think at this circuit one of the difficulties is getting the warm-up of the front tyre,” Elliott said.

“It is also a circuit where you need to have real confidence, the walls are really close and if you get it wrong you are going to put it into the wall.

“If you get more heat into the tyres you get a bit more grip and you can go faster and so you end up with this sort of positive spiral.

“If I look at the weekend I think Lewis found a little step in FP3 with set-up and that seemed to help him find a little bit more from the car and all of a sudden we went from struggling a bit to being really in the front runners on the pace and Lewis took that all the way through qualifying.

“The lap he set in Q3 to be second, it wasn’t one lap he was actually quick all through qualifying.”

He continued: “With Valtteri, I think Valtteri just didn’t get to that position. He didn’t find that, sort of, last little bit of confidence to be in that positive spiral in the same way.

“I think it is also worth bearing in mind that if you sort of look at this weekend and compare it to last weekend in Monaco.

“In Monaco it was Valtteri who was able to get the tyres into the window and get the best of them and it was Lewis that was struggling a bit more.

“So I think this is something that we need to understand as a team, it is something we need to work on and improve because if we don’t improve on that there will be other circuits this year where we will find the same problems.”