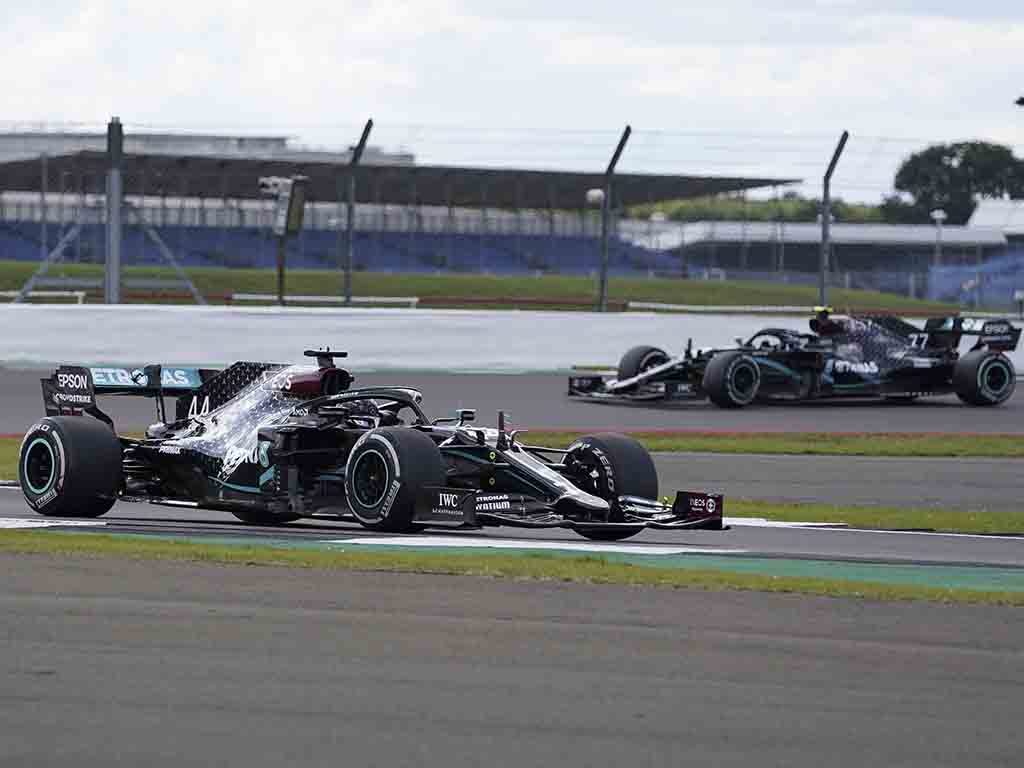 Valtteri Bottas has been criticised for letting Lewis Hamilton off the hook for his poor start to the British Grand Prix.

Hamilton, lining up from pole position, was slow away off the line but was able to keep hold of the race lead as the pack made their way through Abbey, Farm and Village.

And ex-driver turned pundit Jolyon Palmer feels Bottas wasted a huge opportunity to punish his team-mate by easing off the throttle instead of forcing Hamilton into at least a defensive move.

“Obviously he was unlucky and the World Championship gap should be 12 points and not 30 but I do still feel Bottas’ whole race epitomised Bottas quite a lot,” Palmer said via BBC 5 Live’s Chequered Flag podcast.

“It’s tough because we are comparing him against one of the greats, maybe the greatest ever.

“But he had the best start. He was alongside Hamilton and he blended out of the throttle at Turn 1. No! Keep your foot in!

“That’s your chance to win the Grand Prix right there and he got out of the throttle.

“Maybe Bottas has a big slide and there is a explanation for it [his failure to get past Hamilton] but from the outside he is fully alongside Hamilton and he has got to keep his foot there.

“He has earned the right to be alongside in what is a flat out corner and he could have least made Hamilton defend at Turn 3 and put pressure on him.

“The race could change in that instant but, again, if he doesn’t beat Hamilton out of the first corner, he won’t beat him.”

Palmer also thinks Bottas could have put Hamilton under more pressure during the Safety Car restarts, too.

He added: “And then the Safety Car restarts, he never pressurised Hamilton and Hamilton just cruised them. Even after the first one which was really bad for Bottas, you think he would be more prepared and yet he just did the same thing again.

“Well it was a bit better but he put Hamilton under no pressure still when he could have done. That could have been an area to pass him.

“Then he has his puncture. His pace in the race was pretty solid until he started having the vibrations and dropped back.”

Bottas’ puncture ensured he that fell from a P2 finish to a lowly P11, but Palmer feels the Finn should have at least brought a point home despite disaster striking so late on.

He said: “Bottas has got solid pace and we know that, but it’s the aggression and the wheel-to-wheel stuff. That was epitomised again on the last lap.

“Valtteri was on soft tyres and Max [Verstappen], who was also on soft tyres for the last lap, did a lap that was almost five seconds quicker than Sebastian Vettel. Max did a 1:27.0 and Vettel a 1:31.7.

“Bottas is side by side with Vettel, with that level of pace in his car, maybe there was a bit of damage to it which could let him off the hook here, but either way he has a much quicker car and Vettel still held on to P10 at the line.”