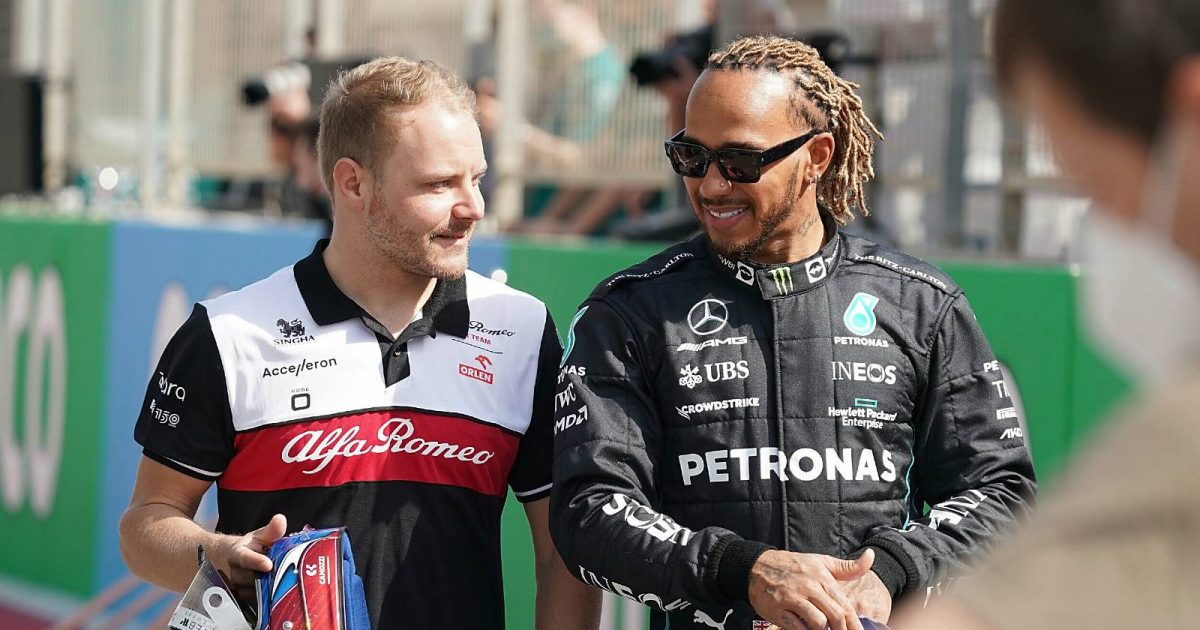 Valtteri Bottas has opened up on his enduring “friendship” with Lewis Hamilton, even though they are no longer team-mates.

The duo helped Mercedes to five of their eight consecutive Constructors’ titles, giving the Finn a 100% record in that department before he moved on at the end of 2021.

Now with Alfa Romeo, Bottas has made an encouraging start in his quest to push his new team up the order, certainly in terms of the race pace the C42 car has been able to produce.

He and Hamilton spoke in glowing terms about the other, particularly towards the end of their Mercedes association. Hamilton said Bottas was “the best team-mate in the history of this sport”, his then colleague responding with “I can definitely say we are friends”.

The latter scenario has certainly extended to the 2022 season despite the pair now being at different teams, to the point where they are travelling together between races.

Asked during an interview with People.com what his relationship with Hamilton is like now, Bottas replied: “It’s been nice. It was pretty natural. After the race in Bahrain, I drove past him on the in-lap and I heard he was on the podium, so I gave him a thumbs-up and he did the same.

“We actually flew together after the race to Dubai, and we flew from Dubai to Saudi Arabia. So we are still sharing flights. In a way, nothing has changed.

“We are not team-mates but still mates. It’s nice. We have a good relationship in a way. We did achieve quite a bit of things together as team-mates. I think that kind of friendship will for sure last too.”

Of course, being friends with direct rivals is not necessarily easy or natural, even though the Formula 1 paddock appears to be a more cordial place nowadays than it had been at one time.

On whether he thinks it is difficult to have true friendships with other F1 drivers, Bottas said: “I think it’s quite hard to, yes. It’s actually quite hard to properly develop a good friendship when you are racing against each other.

“I think we just learned that racing is racing and outside of the track it doesn’t matter. I think we both kind of got that – we are racing against each other, but then we can still share flights or do whatever.”

Bottas will try to add to the eight points he scored in the season-opening Bahrain Grand Prix in round three of the series at Albert Park, Melbourne, where he won for Mercedes in 2019.