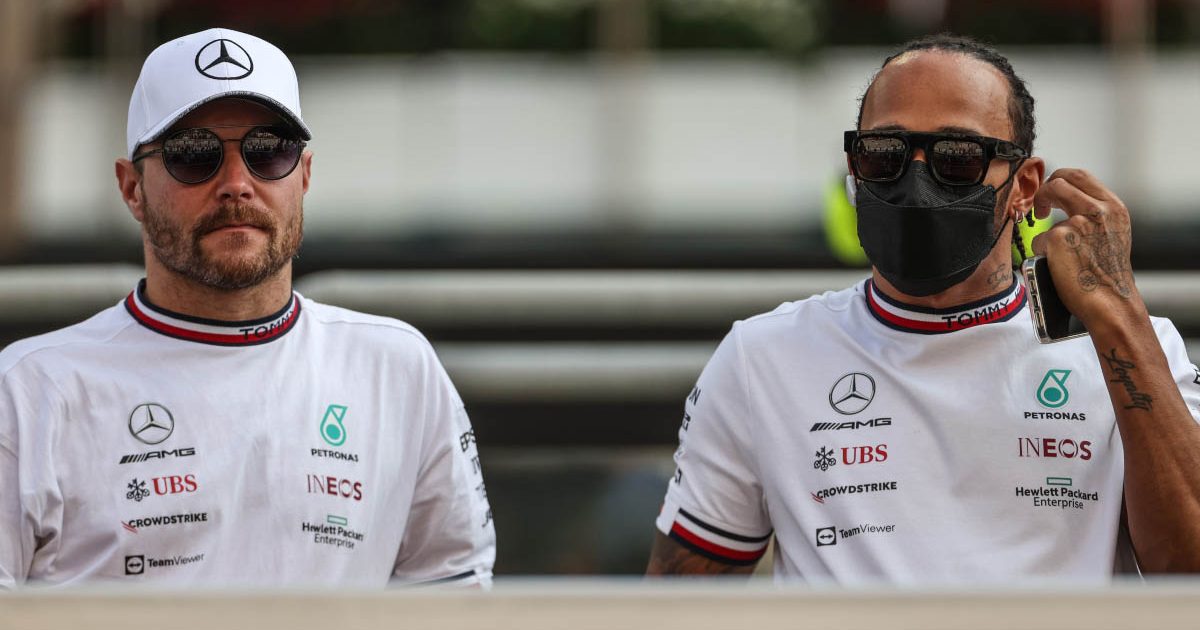 Valtteri Bottas believes Lewis Hamilton is still able to improve year-on-year in Formula 1 which, given his experience, is a “really impressive” feat.

Bottas left Mercedes at the end of last season after partnering the seven-time former World Champion for five years, so he has first-hand experience of how the Briton goes about his work.

It is no secret the Finn could never quite overcome his now former team-mate over the course of a season, and he said he had looked at himself in areas he could improve – but Hamilton was still able to come back stronger at the start of each year, making Bottas’ life even more difficult.

That said, the former Mercedes driver spoke of how big an achievement it is for Hamilton to be able to do so.

“You know, with Lewis, what has been really impressive is that every year he’s been able to develop,” said Bottas, quoted by Formula1.com.

“He’s got such big experience in Formula 1 but still he’s been able to always learn more, become better and better.

“For sure, I’ve developed every year as a driver but so has Lewis and it doesn’t come automatically. He works for it because he knows the competition always gets tougher.”

After enjoying a good personal relationship with Hamilton, Bottas now heads to Alfa Romeo with the intention of becoming their team leader having signed for them on a multi-year contract.

Having spent so much time in briefings with him and fighting with him on track, Bottas said he has taken plenty of lessons with him to Alfa for next season with “lots of small things” adding up to making Hamilton the force he is on track.

Bottas attributed not getting “too comfortable” as another trait of Hamilton’s that sticks out, with the need to constantly evolve and push boundaries paying dividends.

“I’ve definitely learned many things from him,” Bottas explained. “Like driving-wise, set-up wise, lots of small things here and there, but just it’s been impressive that he’s been able to still develop and not get too comfortable, ever.”

Question marks remain over Hamilton’s future in the sport with reports claiming he is still unsure whether or not he will continue as a Formula 1 driver after the controversial conclusion to the 2021 season.