Home News Bottas: ‘Hamilton got away with it’ at Silverstone 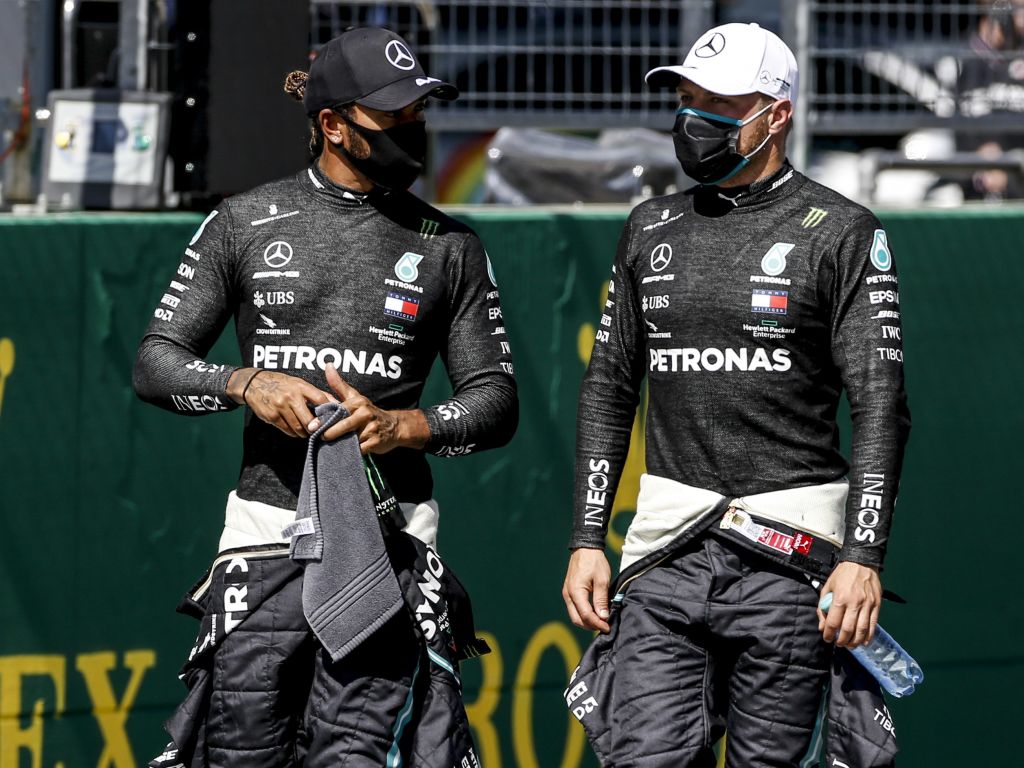 After being hit by a late puncture at the British Grand Prix, Valtteri Bottas says Lewis Hamilton was lucky to avoid the same fate.

The Mercedes drivers were running in P1 and P2 comfortably for most of the race. However, disaster struck late on when Bottas, trailing Hamilton, suffered a tyre failure with two laps to go.

He had to pit and finished just outside the points in P11. Hamilton’s tyre meanwhile lasted a lap longer before puncturing and he managed to nurse his car to the finish line and win.

Many have praised the Brit for his ability to manage tyres and his skill in completing the last lap with effectively three wheels.

Bottas, however, says that his team-mate got away with it. Nevertheless, he still believes he can close the 30-point gap in the standings.

“For the moment, if everything goes to plan with the calendar, I think there’s going to be more than 10 races to go, but you just don’t know, so obviously the best bet would be to be on top of the points all of the time,” he said via Autosport.

“It’s a big loss of points. These kinds of things, you can’t really afford, but obviously it happened.

“Yes Lewis had a good race, but he also got away with it in a way. What can I do? What can I say? It’s not ideal, but you can’t change what has happened.

“I’ll keep pushing and keep believing. You just never know what will happen.”

So we were looking through the data from yesterday (don't @ us, we know we're nerds) and Lewis did 230 km/h down the Hanger Straight on the final lap… 😮

Hamilton is renowned for his ability to manage tyres. As well as surviving a lap longer, he also had less issues with wear throughout the race, all the while having better pace.

According to Bottas, his struggles in comparison were due to the fact that he was often running in his team-mate’s dirty air.

“It’s difficult to say. Overall our pace was not that dissimilar, but of course being the car behind another one means that in the corners you lose a bit of downforce. You slide a bit more, that can easily have an affect of couple of laps of tyre life,” he added.

“I was trying to manage the tyres, at the same time obviously to Lewis, because otherwise there would no chance for me to win the race. I was trying to do it in the right places at the right time, but still that happened.

“Towards the end of the stint, there was quite a bit of vibration, [which] was getting worse but not like big step. Then suddenly the puncture happened and [we] couldn’t predict it.”