Home News Bottas: Max sure to ‘try everything he can’ at Turn 1 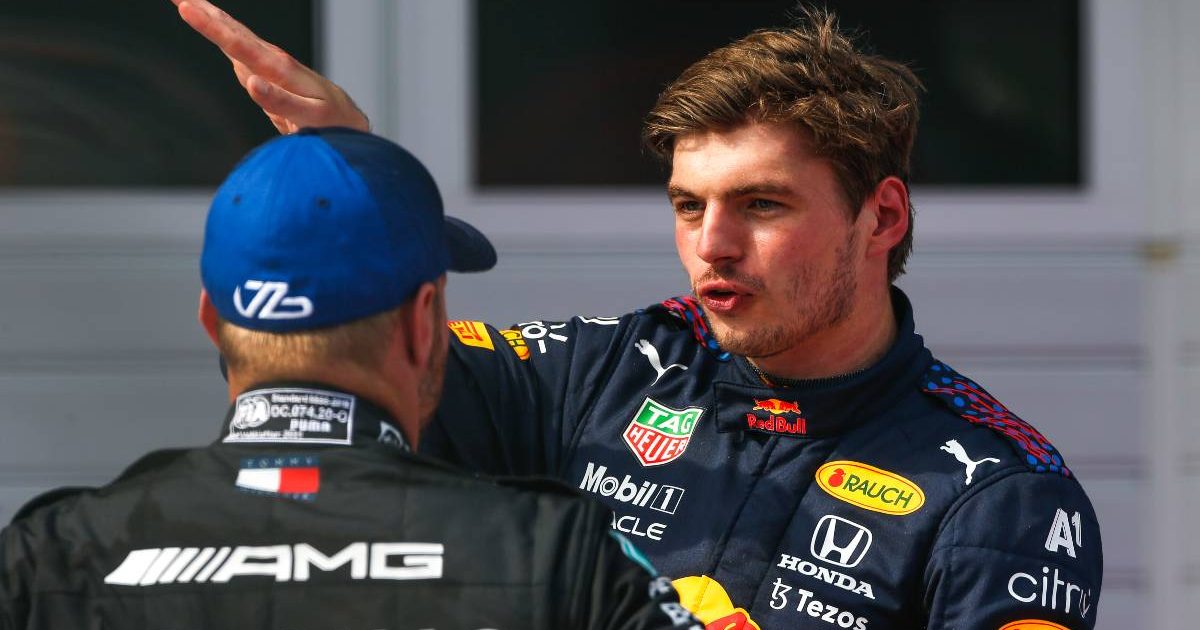 Valtteri Bottas is braced for a typically feisty Max Verstappen challenge into the opening corner of the Turkish Grand Prix.

Verstappen has gone wheel-to-wheel with Bottas’ team-mate, Lewis Hamilton, in the early stages of races several times this season and refused to give an inch.

The two World Championship rivals have fought for position on the opening lap at Imola, Barcelona, Silverstone and Monza – and at the two Italian venues, Hamilton found himself squeezed out onto the kerbs.

With the Briton starting 11th in Istanbul due to an engine penalty, it will be largely down to Bottas from the Mercedes standpoint to try and deny Verstappen a victory that would put him back on top of the Drivers’ standings.

The Finn is in exactly the right place to try and do that, in pole position with the Red Bull man alongside him, and an important moment will come at Turn 1 where several drivers slid off on slick tyres during qualifying following a light rain shower.

Verstappen will also know how vital it would be to take the lead of the race, to try and put as much daylight between himself and Hamilton as possible – and Bottas is primed for the inevitable attack.

“I’m sure Max will try everything he can,” the 32-year-old, who is leaving Mercedes at the end of the season to join Alfa Romeo, told the official Formula 1 website.

“For sure, for me, there’s not that much to lose. Of course I can try to defend hard if there’s a situation, but I’ll look forward to it.”

YES BOYS!!!! 👊 It's @LewisHamilton FASTEST in Turkey! And it's @ValtteriBottas who'll start from pole! pic.twitter.com/JiuaT5WfxV

He added on Sky Sports F1: “As long as I don’t do mistakes I should be able to keep him behind, hopefully.

“It’s a good result. With the situation, with Lewis’ penalty, it’s the best we could do as a team. Very happy to be starting in first place tomorrow and it gives me a great opportunity to fight for the race win.

“The start is always a risk but I think we have a pretty good race car, then obviously strategy will always play a part. At the moment, I’m feeling confident in the car and I think the pace is good, so I think I just really need to focus on my own race step by step.”

Mercedes have certainly had the edge on Red Bull in dry conditions this weekend but with a slight chance of rain for race day, Bottas is unconcerned whatever the weather produces.

“At least today we got to try both conditions and also have the transition of the weather,” he added. “Both wet and dry, the car feels good. There were no surprises in the wet, so the confidence is there and just need to do the job tomorrow.

“I think pretty much everyone in the top 10 is on the medium tyres, so if it’s a one-stop I would imagine people are going for the hard tyres and the undercut would be a bit more difficult. At least that’s what I hope!”