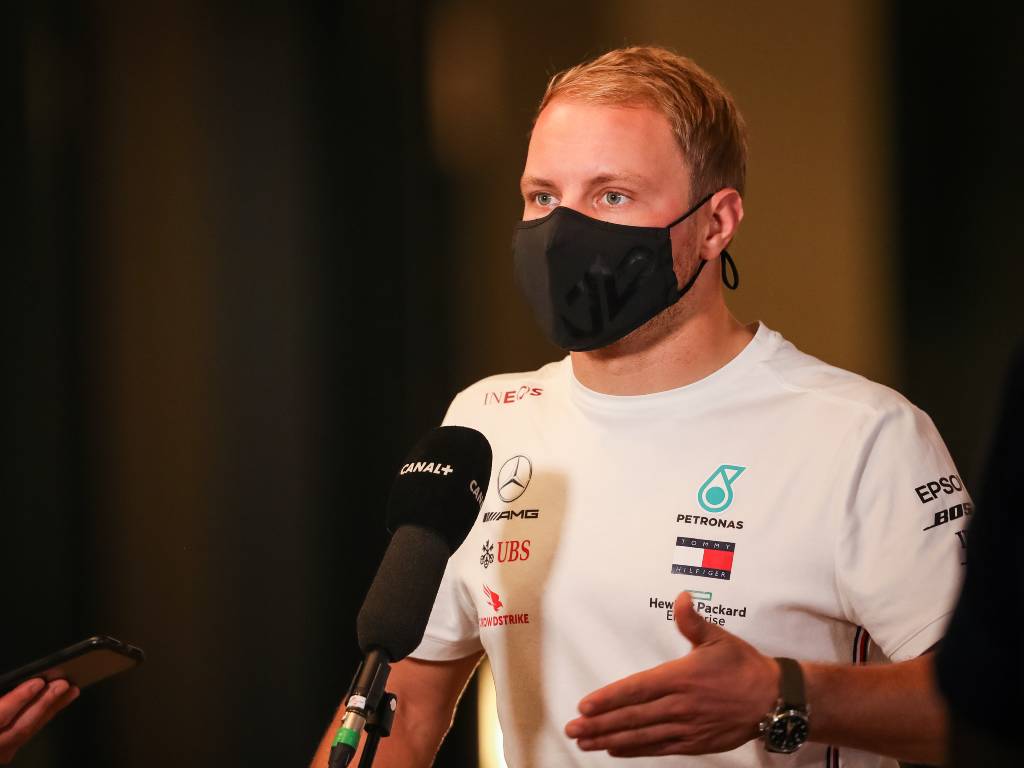 Valtteri Bottas echoed Toto Wolff’s words about enhanced teamwork after Abu Dhabi Grand Prix qualifying – then said Mercedes “didn’t do 100%” as they missed out on pole.

The Finn was heard receiving a gee-up call from Wolff on the radio before starting his final flying lap in Q3, which the Mercedes team principal revealed afterwards had been a request from Bottas to try and improve communication and the feedback he is given.

It worked to a point, in that Bottas then snatched provisional pole position from his team-mate Lewis Hamilton – but only until Max Verstappen came along in the Red Bull to snatch P1 on the grid for the final grand prix of the 2020 season.

That was met with the radio reaction of “Oh damn” from Bottas, who has finished no higher than eighth in any of the last three races and will desperately want a victory to end a campaign in which his World Championship challenge faded away tamely once more.

Of the radio message from Wolff, the 31-year-old said: “He can always talk to us if he wants. The last days we’ve had a chat about different things and we are a team, we support each other. If we feel like you can support another person in the team with encouragement or certain words, you do it.

“I would do the same for any team member, so nothing more than that. It’s more of a personal thing.”

VALTTERI: "We saw in third practice that the Red Bull in Max's hands is quick. Towards the end of qualifying I was struggling with the front end, but Red Bull managed to optimise everything"#AbuDhabiGP 🇦🇪 #F1 pic.twitter.com/oZdM9aPiD6

However, Bottas felt there was still something missing from a team perspective as Mercedes engine power was denied pole position for the only time in 2020.

“Towards the end of qualifying it wasn’t really straightforward with the track temperature dropping and it wasn’t getting any easier with the car’s balance. The cooler the track temp, the more understeery the car became and that way it became more tricky to nail every corner. It’s 21 corners and it’s nearly impossible to get everything right.

“But I think it will be a good battle, at least within the top three and we’ve seen anything can happen in F1 lately. It should be a good season finale and I’m ready to fight for the win.”