Home News Will Bottas soon be on his bike from Mercedes? 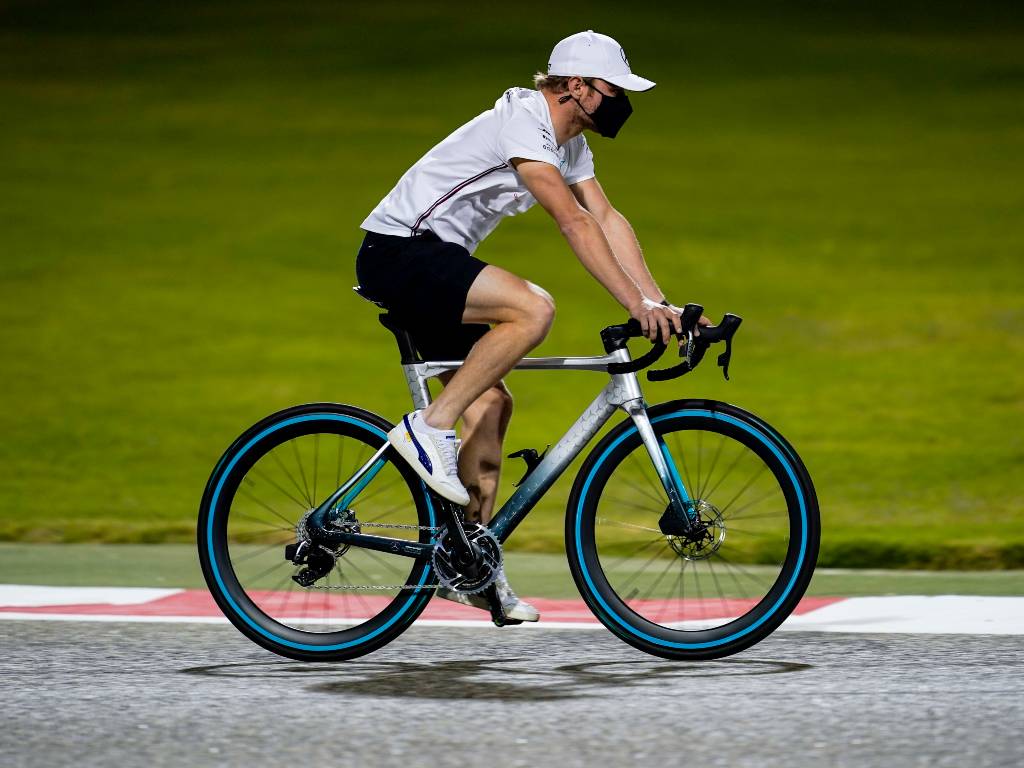 What does the future hold for Valtteri Bottas? How secure is his place at Mercedes after George Russell’s impressive display as Lewis Hamilton’s stand-in?

PlanetF1 readers have been voicing their opinions on where the 31-year-old goes from here. Can ‘Finns’ only get better for Bottas? (Sorry, couldn’t resist that!)

Or is one race enough to validate that Valtteri has had his chance in Formula 1’s top team and it’s time to make way for the young upstart?

Should Bottas stay or should he go?

DJR: It is very possible he has checked out psychologically. He has been under immense pressure to perform against Hamilton and he just hasn’t been able to do it which has clearly taken it’s toll. There is no shame in that, especially when you are up against a supreme talent like Lewis. The anti Hamilton brigade are clutching at straws in the hope that Russell will be their saviour who will be able to beat Hamilton due to their unfounded hatred, jealousy or dare I say it, “racism”? I see this as the desperate hopes of fantasists who are dismissive of the reality before their eyes. Hamilton will beat any driver they put in the other Mercedes, it’s only a matter of how badly.

Rob Tunnah: Demotion to Williams would be the ultimate kick in the balls for Valtteri. Just idle speculation, of course!

Hungry Godzilla: Bottas must have been reading the comments here and only just woken up to the realization that he’s been played by Toto all along. Disgusting how Mercedes have been less than honest with him, dangling the carrot to stop him leaving and distressing poor Lewis who doesn’t want any challenger’s.

Fernando Alonso: Mercedes creating a lot of chatter, but no need to read too much into it. While Hamilton is there Bottas’ seat is safe, Hamilton doesn’t want any competition anymore.

Hungry Godzilla: As suspected all along, Bottas is a second Tier driver and only at Mercedes to protect the rear and not distress or challenge the quick but emotionally fragile Lewis, who is very high maintenance, but for Mercedes a dream ticket to the markets in America.

Russell or ‘the car’?

Sean: Russel got outqualified by Bottas. A big embarrassing by russel standards. Bottas WILL beat Russel here and there. In fact Hamilton would have ran away from Bottas but Russel couldnâ€™t.

Jjzzeee: Russell was impressive throughout the race. It proves 2 things.

1)IT WAS THE CAR that won all 6 titles for Hamilton.
2)Bottas is below average and made Ham looked like a genius.

Russ has exposed Hamilton, sadly for his fans. Frankly, Ham was nothing special even while at McL. He did well to match Alo as a rookie and finished on equal pts, but since then, he didnt make any impact for the next 4 years against Vettel/RB and Alo/Ferrari. Mercedes should just replace Ham and Bottas with Russell and Perez. Save themselves a ton of money and still win the championship!

Gerald Holley: Its one race around one oval with kinks that let’s face it no one had driven before so that has a bearing and evens the playing field. Russell drove very well but Bottas was particularly poor when he had potential to be 3 tenths quicker than Russell. Hamilton should sit out Abu Dhabi and then let’s see what George can do around a proper circuit. Also we’ll never know what Verstappen could have done to Russell that he couldn’t have done to Hamilton and hasn’t done to Hamilton all season.

ï»¿GPC: Russell is “nullifying” the car/driver theory. Lewis needs to save of what’s left of the theory to be in his favour.

Darren Meade: Russell’s prooved nothing in a wet or variable conditions race. Plus he never had Verstappen, Leclerc to contend with. See how he sets his OWN mercedes car up in Abu Dhabi to balance speed, tyre wear and overtaking and then out qualify bottas by over a second in a wet race. It was Lewis who set up the Bahrain aero/mechanical balance from which the car was already from last weekends win. You know – like how everyone said Lewis only benefited from Schumacher setting up his mercedes.

Maxmagnanimous: Well, I think Max would probably own him in quali, but I would expect Checo’s consistency to at least put some sort of challenge against Max, which would be a WHOLE LOT more than what Gasly or Albon could do. Don’t hate on Checo, he’s been brilliant. He’s as gritty as drivers get. I have nothing but respect for his F1 career. Nothing came easy to him.

Javi: Vettel is currently an expensive awful driver. No team with performance as priority would consider him as an option. Legacy does not drive F1 cars. No wonder why Ferrari dropped him. Because the same reason Albon will be likely dropped. There is not way a top team can keep a driver with that kind of performance. WeÂ´ll see soon the end of this saga.

Luis Espinosa: A pay driver, is one who,puts money from his pocket, or his daddieâ€™s , to get a car on the grill. Sergio brings sponsorship, that is a completely different thing. Even Senna,(Banco Nacional) and Schummi((Dekra) in their moment did that. Telcel and Claro are mexican communications enterprises leaders in Latin America, and racing enthusiasts as well, obviously they want to back a talented Mexican driver. For Latin American drivers is not as easy to reach the top as is for Europeans.