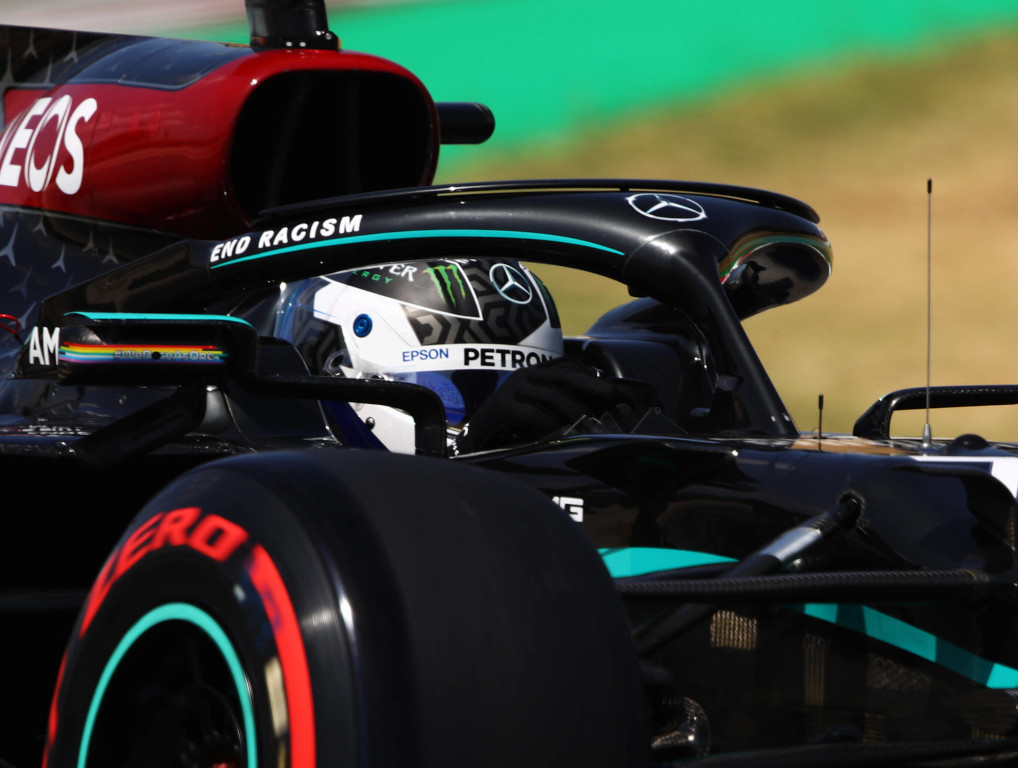 Valtteri Bottas said he was slightly surprised by the gap that Mercedes had over the rest of the pack after free practice ahead of the Italian GP.

Bottas topped the opening practice session with a 1:20.703, over two tenths faster than team-mate Lewis Hamilton, whilst the fastest non-Mercedes was Red Bull’s Alex Albon in P3, eight tenths slower than the Finn.

Mercedes swapped places in the afternoon session with Hamilton fastest in FP2 as Lando Norris slotted into P3, nine tenths adrift of his compatriot.

Come qualifying Mercedes and all the teams will have to settle on one engine mode now that the FIA have banned the use of ‘quali modes’, so it remains to be seen how that will impact upon the Silver Arrows.

But either way, the dominance which Mercedes enjoyed over the rest of the grid on Friday was a slight surprise to Bottas.

“It felt pretty good all through the day,” Bottas told reporters after Friday practice.

“I’m sure we can still improve it. I would say the biggest issue for me was a bit of a lack of stability in a few corners on the rear end, but other than that, pretty good.

“I think the performance and the lap times compared to others, it’s slightly surprising at this point. Of course we’ll see tomorrow.”

Why is Monza called the 'Temple of Speed…' 🤔

Mercedes’ rivals hope that the runaway Silver Arrows will fall closer into their grasp as the weekend wears on, especially Red Bull.

But the fact that Bottas feels there is more performance to come from the W11 won’t be very encouraging.

“There is always more to come, for sure,” he revealed.

“I think my lap in practice two wasn’t that great, so also from my side, there’s quite a bit more to come. I’m sure it’s the same case for every team.”

The FIA are working on a maximum lap time for out-laps to ensure that the scenes of practice where drivers were obstructing each other all over the place to find a tow are not repeated.

Bottas himself called the drivers of his former employer Williams “blind” for getting in his way.

But the Finn said the nature of the Monza circuit means there aren’t many places to make a difference.

“It’s a quick and short lap, and not that many corners to make differences,” he said.

“It’s going to be a nice battle, but I feel really good, so I look forward to it.”