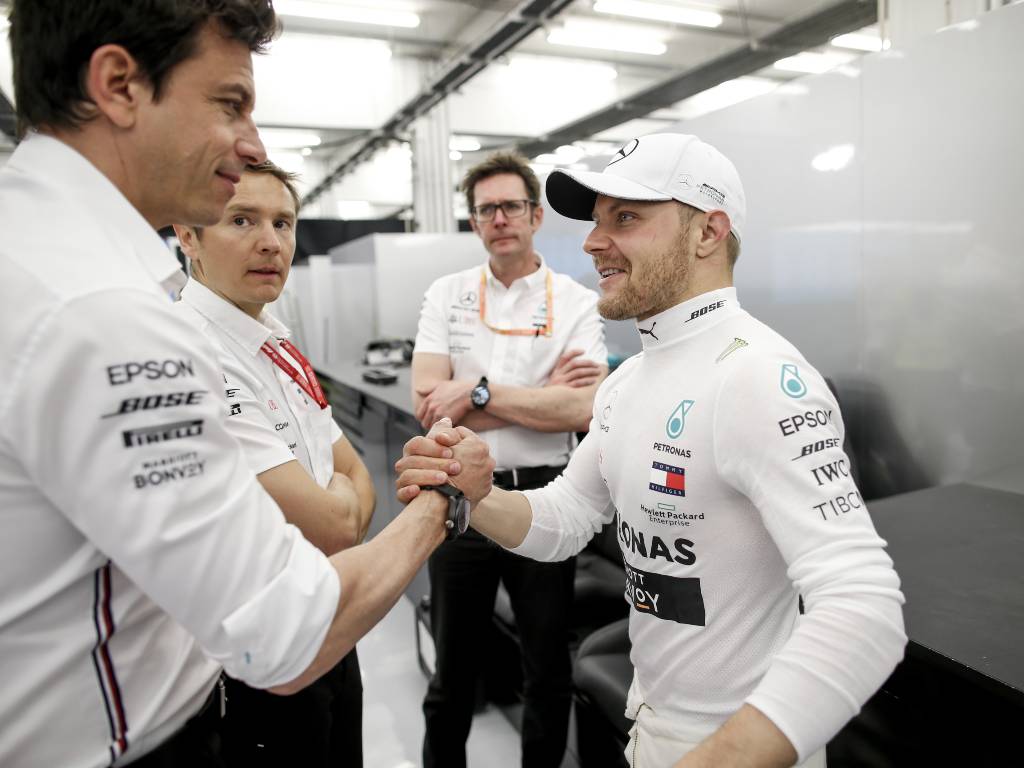 Valtteri Bottas has described the “really supportive and open” relationship with his Mercedes engineers – even though he rarely gets to see them face to face.

The Finn revealed that support is always available “if anyone makes a mistake”, albeit the global health pandemic has changed working practices in the team during 2020.

Such support may have been called upon by Bottas after the Turkish Grand Prix in which, after starting ninth on the grid, he spun his car six times after it sustained damage in an opening-lap incident and he eventually trailed home in 14th position.

Lapped by his team-mate and eventual winner Lewis Hamilton, the 31-year-old knew from an early stage of the race at Istanbul Park that it would be the day when his remaining mathematical chance of denying the Briton a seventh World Championship would be extinguished.

Bottas has still won two races, the Austrian and Russian Grands Prix, during a season Mercedes have dominated even more despite the challenges created by the pandemic.

“We don’t have any physical drivers’ meetings like we used to, it’s now all done virtually,” Bottas told the BBC’s Top Gear.

“Actually there are race weekends when I don’t really see my engineers. There are only a few people I’m in close contact with.

“Many times, I’m in my room and I’ll just put the helmet on and walk into the garage, jump in the car, then come back and do the meetings digitally. There’s definitely less time to interact with the team.”

That race was a disaster 🇹🇷🏁

However, that does not mean relationships have become more distant – just different.

“There are so many people you need to rely upon on a race weekend and you make good friends here,” said Bottas, who is supporting the Movember movement, to help men’s health charities, by growing a moustache.

“The relationship with the core engineering team on my side of the garage is really, really supportive and open, so we can speak about anything.

“If anyone makes a mistake, they can always speak about it and get support. One of the key things we tried to create in the team is to keep it open – there’s nothing you can’t talk about.”

But although conversation topics within Mercedes are an open book, Bottas says that does not extend to his chats with rival competitors.

“Drivers don’t discuss men’s health issues much, to be honest,” he added. “Conversation is obviously performance-focused – that’s the main thing in the paddock to focus on, and on race weekend we rarely speak about those other things.”