Home News Bottas had ‘no clue’ about Mercedes team orders 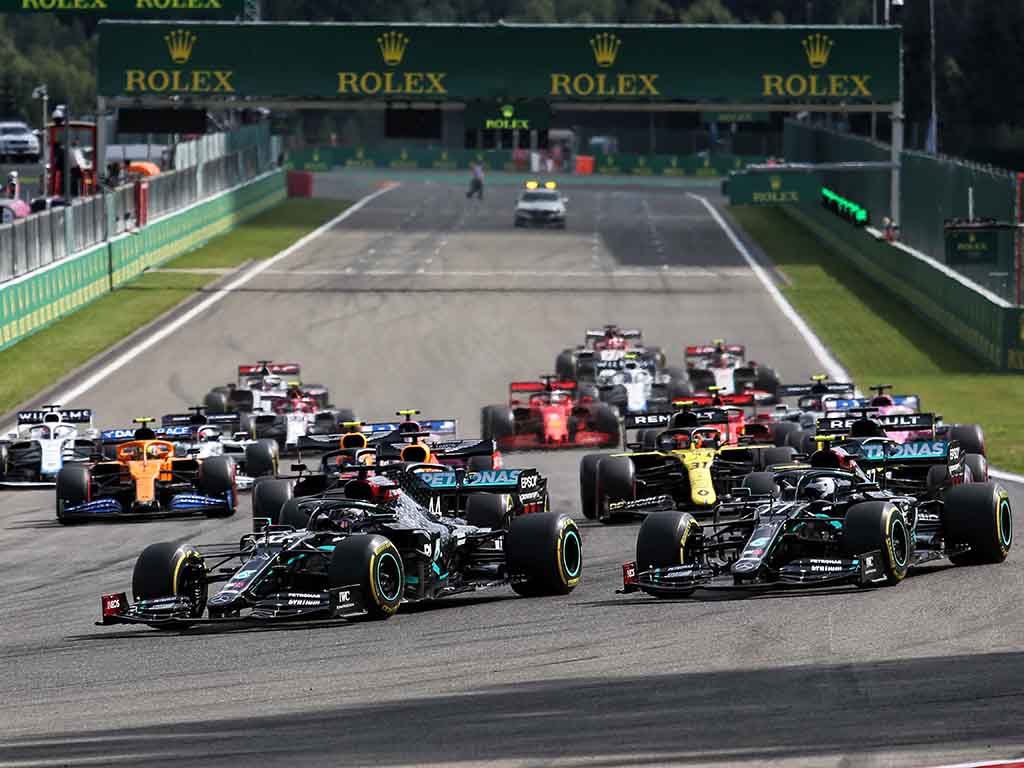 Valtteri Bottas was as surprised as anyone to learn that he was not permitted to fight Lewis Hamilton on track at the Belgian Grand Prix.

Bottas, who was “not too bothered” about missing out pole position as he eyed up a challenge on Hamilton down the Kemmel Straight from P2, was unable to find a way past his team-mate in the opening stages and the whole race, in fact.

In an attempt to try and put Hamilton under at least a little bit of pressure, the Finn asked on team radio whether there was an opportunity to switch to a higher power mode but his request was quickly denied.

Engineer: “We do but we agreed not to use it against each other.”

Bottas: “I never heard that.”

WOW! That was tough at the end! Valtteri brings it home in second to complete a 1-2 for the TEAM!! ❤️ pic.twitter.com/r2kjos3ov4

Asked about this particular in-race radio exchange, Bottas said he genuinely had no clue about the pre-race agreement.

“I actually had no clue about that,” Bottas said in the immediate post-race interview.

“Maybe they said that but I don’t recall.

“Of course at the start it would have been a big opportunity but I think Lewis played it pretty well.

“He wasn’t too fast out of Turn 1 so I couldn’t really get more engine [power] to get to him and also there was tailwind going into Turn 5 so there was a bit less of a tow effect too.

“Same thing after the restart, I just couldn’t catch him on the straight. I think those were the main opportunities, otherwise we’re in the same car and Lewis was mistake-free. It was tricky.

“I think Lewis was faultless in the race and in qualifying he was quick. He earned more points this weekend but at least it was a clean weekend for me with no big issues.

“But I definitely want those race wins and I’m just happy there is another opportunity next weekend.”

Bottas’ latest P2 finish and Hamilton’s latest win means the Finn is now 50 points behind Hamilton in the World Championship standings after seven races of the 2020 season.