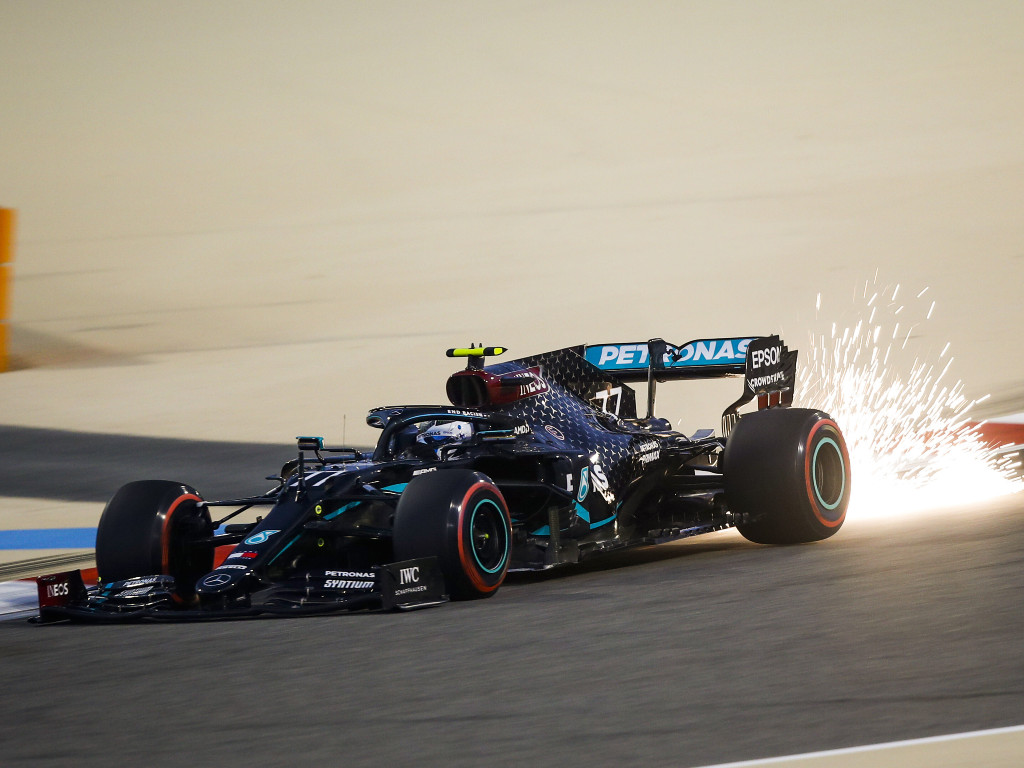 Valtteri Bottas branded the Outer Circuit as a “Mickey Mouse” track after taking pole for the Sakhir Grand Prix.

Heading into the first qualifying session in Formula 1 history around the sub-minute fast-paced Outer Circuit in Bahrain there was plenty of pressure resting on Bottas’ shoulders.

At the other side of the garage George Russell was making his first qualifying appearance in a Mercedes, and considering the fact that Saturdays have been strong for Bottas in 2020, losing out to Russell would have been a hit for the Finn.

In the end the margin was small, a mere 0.02s, but Bottas was able to take pole for the Sakhir Grand Prix ahead of Russell with Mercedes locking out the front row.

Bottas said it wasn’t the greatest qualifying shift he has ever put in, but it got the job done on a weekend where he is the team leader as Lewis Hamilton continues his recovery from COVID-19.

“For sure it’s a different situation having a new team-mate, but I just wanted to focus on my own doing, not to waste energy anywhere else,” Bottas told Sky F1.

“I think I managed to do that, I think strategy wise we are in a great place as a team, and it’s good to see George locking the front row as well.

“It’s good to be on pole, I’m happy with that, not one of my best qualifyings but I’m happy it was enough.”

George makes it a #PETRONASmotorsports front-row lockout for the #SakhirGP! 👊👏

The Outer Circuit uses the opening four corners of the Grand Prix Circuit and then the final three, the layout traditionally used when Formula 1 visits Bahrain.

So other than the tight, twisty and bumpy sector 2, it’s mainly made up of straights.

Bottas described it as a “Mickey Mouse” track, but says the quality of racing it will likely produce remains “unknown” with his experiences suggesting that it would not be easy for cars to follow each other.

Thankfully though he is leaning towards expecting a “fun” race.

“It’s a bit of an unknown really how the racing is going to be,” he said.

“It didn’t feel it’s that easy to follow other cars so I’m really pleased to be on pole so I can go from there.

“Probably we will see a fun race, it feels like a bit of a Mickey Mouse track in a way, it’s quite bumpy and twisty.”