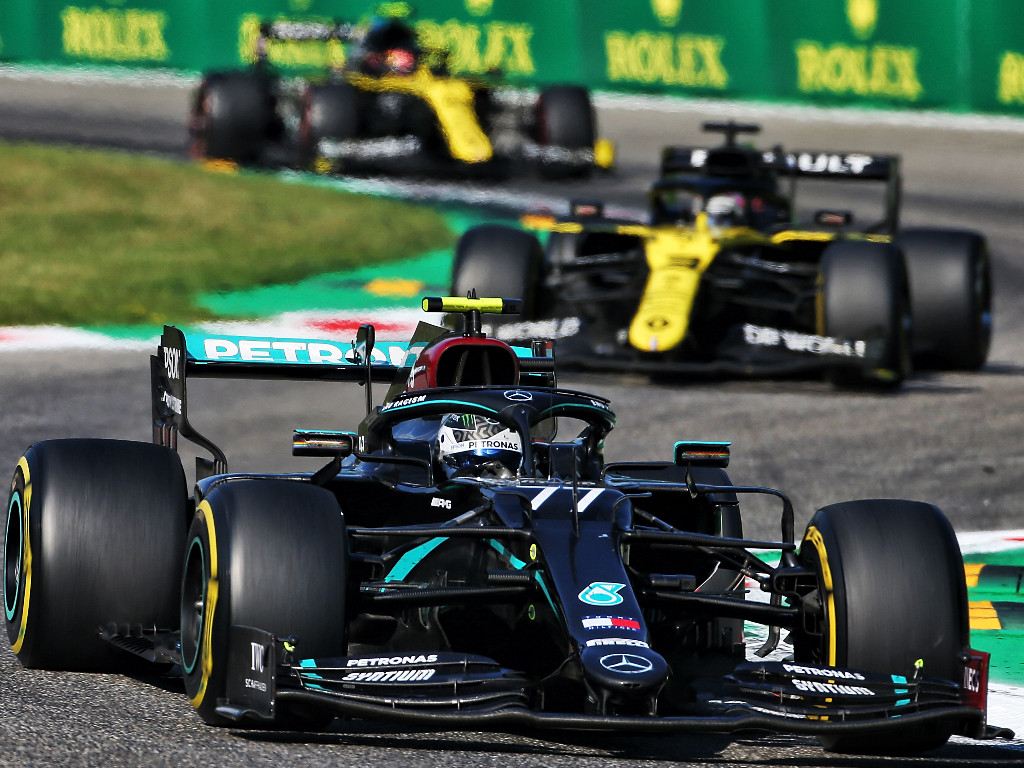 Valtteri Bottas admitted he was close to jumping the start for a second time in 2020 at the Italian Grand Prix.

The stage was set for another Mercedes masterclass as Lewis Hamilton started from pole at Monza with Bottas for company on the first row.

Hamilton did his part by comfortably keeping the lead down into Turn 1, but Bottas had a poor getaway and after losing out to Carlos Sainz into Turn 1 he continued to be picked off by various drivers on Lap 1.

Asked if he was close to jumping the start again, Bottas said: “Yes, I had an issue with the actual reaction to the lights,” as quoted by Crash.net.

“We’ve been playing around with the way we do practicing, the protocol we use. We’ve changed that a bit and I feel that has been a disturbance, sometimes, to the actual starts. It has not really been representative in the starts.

“I cannot go into much more detail but from my side I nearly went before the lights, but luckily not as much as in one of the first races – I can’t remember which one – so I was a bit late reacting to the lights. Just things still to work on. The actual launch, after we drop the clutch, is actually fine and we’ve made good progress but just getting the consistency in the reaction to the lights, there’s work to do.”

But 10 more solid points and back into P2 in the championship. 💪

Put this one behind us and move onto Mugello. 👊 pic.twitter.com/k4rmJW7EPz

After falling behind Sainz, Lando Norris and Daniel Ricciardo on Lap 1 Bottas told his Mercedes crew over team radio that he had a puncture.

But in the debrief he was informed that they couldn’t see any immediate tyre damage.

“We just had a debrief and there was nothing from the car that we could see for now, maybe later. Just from my side I had two contacts: I had one in Turn 2 and then a slightly bigger one in Turn 5, but still not like a massive contact,” he explained.

“That’s why I wanted to make sure I wasn’t going to go straight in Turn 8, so I braked early, but then it actually kind of recovered and it was fine. So, I’m not sure if it was something on the tyre, if something was wrong with the car because of the contact. I haven’t heard anything yet about the corner weights but it felt really odd, so a very, very messy first lap.”

Bottas improved to P2 in the Championship after finishing the race in P5 but is 47 points behind Hamilton.