Home News Bottas: Lauda taught me to trust my talent 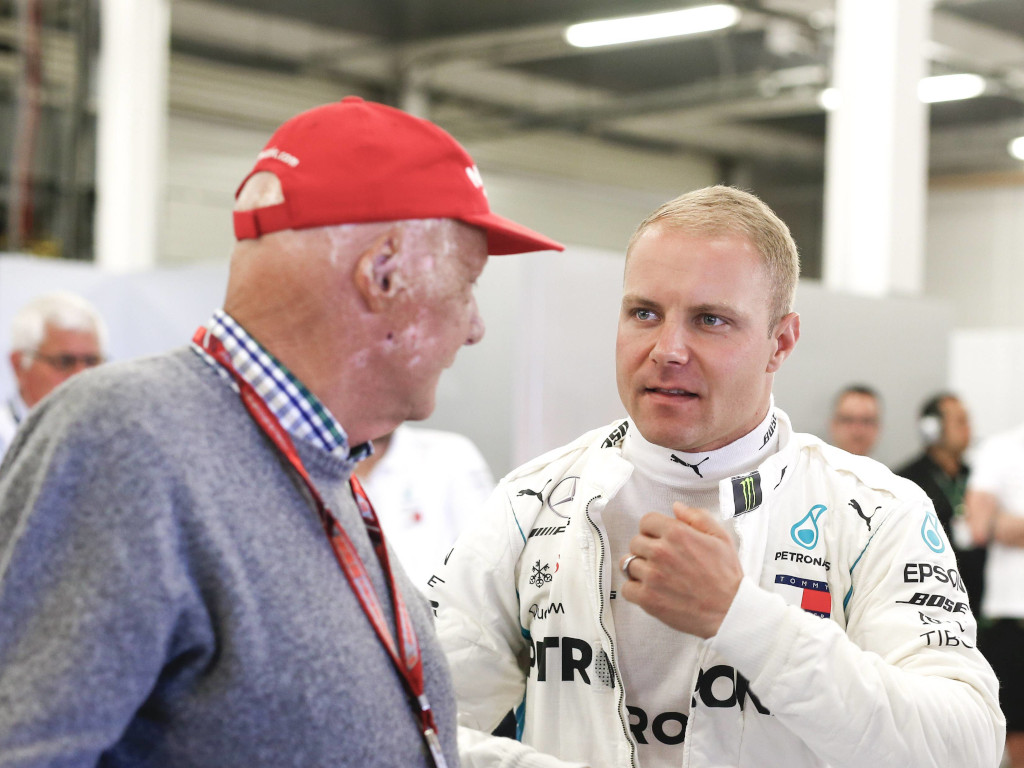 Valtteri Bottas says Niki Lauda “inspired” him in difficult times to push through, always trusting that he will bounce back.

Bottas joined Mercedes in 2017, taking the seat vacated by Nico Rosberg after his shock retirement.

Bottas’ time at Mercedes has been a mix of highs and lows with the Finn clinching his first grand prix win at the 2017 Russian Grand Prix.

More victories followed with many predicting that 2018 could be his year to challenge Lewis Hamilton for the World title.

However, it went wrong almost from the very beginning.

While Hamilton raced to a fifth title in 2018, Bottas was unable to run with him and soon found himself playing number two to his team-mate.

The situation wasn’t helped by constant rumours that Bottas would be replaced by Esteban Ocon in the off season.

He turned to Lauda for guidance.

“From Niki I learned to always trust your talent, never doubt it, to really always remind yourself that you should not doubt your driving style, the way you do your things in the car,” he said.

“I also learned from him not to let your head get to down from disappointments and how to recover from them quicker and to look forward to more positive times.

“Niki inspired me just by giving his support always when I needed it.

“He was the person that inspired me in the difficult times, he was always there with his support, for me to bounce back and to remind myself why I am doing this and that I am good enough to do it. He was very good at that.”

Lauda, a three-time World Champion and Mercedes’ non-executive chairman, passed away on 20 May 2019.

One year ago today we lost one of the greatest legends of our sport. Niki combined heroism, humanity and honesty inside and outside the cockpit. He was our Chairman. He was our friend. There will never be another like you. Niki, we miss you ❤️ pic.twitter.com/XyYDuAyg4w