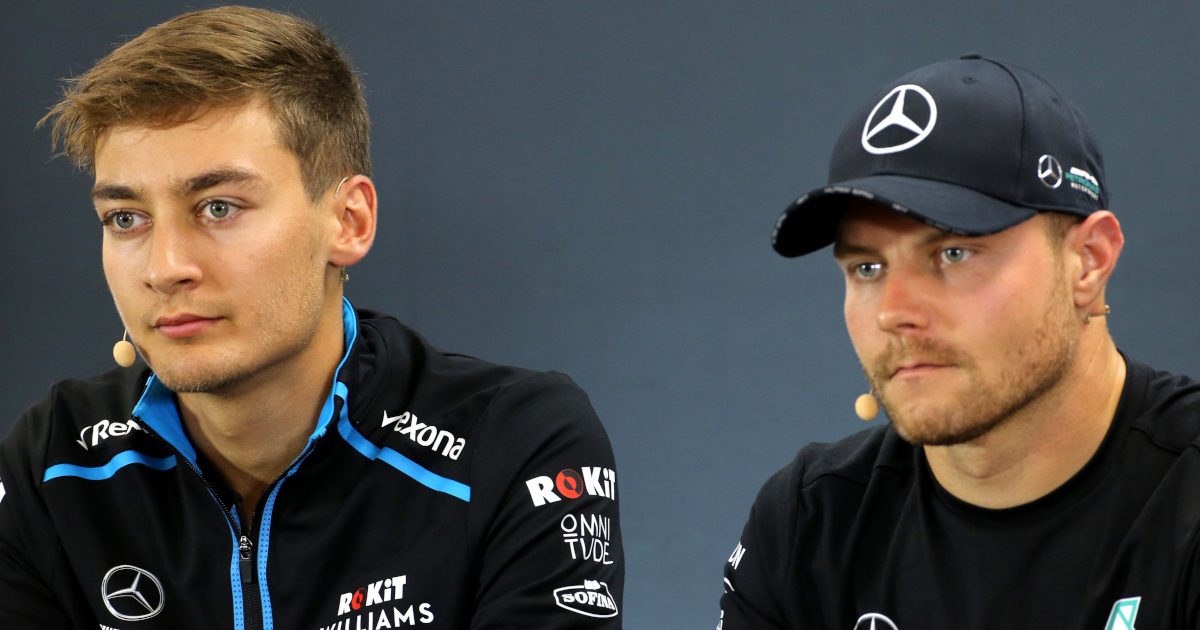 Valtteri Bottas insists he has “never” had an issue with George Russell, but that doesn’t mean he’s friends with the Mercedes junior.

Bottas and Russell clashed at the Emilia Romagna Grand Prix when the Williams driver tried to take ninth off the Finn.

His overtake went horribly wrong as he drew alongside the Mercedes, touched a damp spot and promptly crashed into Bottas.

Both drivers went off at high speeds, their cars wrecked but thankfully neither was hurt in the incident.

Russell, who has since apologised to Bottas and both Mercedes and Williams, said in the aftermath that he felt Bottas had defended more aggressively against him than he would another driver.

The reason being, it was implied, is because Russell is the driver being lined up to replace Bottas at Mercedes next season.

Bottas, however, insists he has no issues with Russell, in fact he barely knows him.

George Russell has issued an apology to Valtteri Bottas in a heartfelt post-Imola statement.https://t.co/yG6IEovhOY #F1 pic.twitter.com/LPRs8FMO5v

He said, as quoted by ESPN: “I’ve never really worked that closely with him, but obviously he’s been around for some time because he’s been the reserve driver and done some testing for the team.

“I know him a little bit, but there have never been any issues.

“In terms of this one, obviously I was not happy with how it ended up. But I’m an easygoing guy, so there are no problems.

“From my side, no issues but today was not ideal because he made me lose a good chunk of points potentially today and it was his mistake.”

As for Russell, he later said there are no problems between himself and his Finnish rival.

Asked about his comment that Bottas defends more aggressively against him, the 23-year-old said: “There is no tension at all between Valtteri and I. Obviously you can take my comment as you wish. I think it was pretty clear how it was intended.

“But maybe I was wrong. Maybe he’s just fighting for absolutely every position.

“Valtteri and I will talk and we will clear the air. I’ve got no intention to hold any grudges or have any bad relationship with any driver on the grid.”