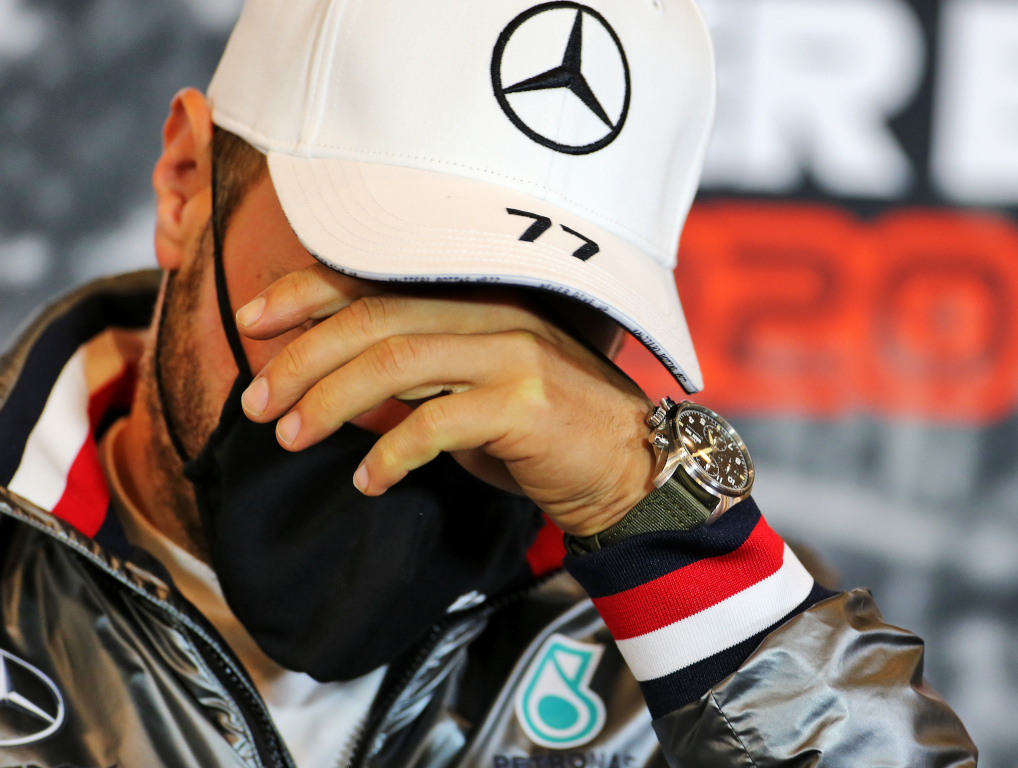 After being beaten to pole position by Lewis Hamilton, Valtteri Bottas regrets not doing two flying laps in Q3 like his team-mate did.

The Finn took was on provisional pole after the first round of laps in the final qualifying session. Heading out for the final runs, Hamilton opted to leave the garage earlier to give himself time for two flying laps. Bottas didn’t.

His decision proved to be costly as the Brit secured pole on the second of his two quick laps. Given this, he regrets not doing the same as his fellow Mercedes driver.

“At the end, we decided to go for the Medium based on the feeling previously in qualifying. The Medium actually felt a tiny bit quicker than the Softs so that was the reason,” he said.

“Then it was choosing if we should do two timed laps with the cooldown in between or just one timed lap. With one timed lap, you can have less fuel in the car, but you might struggle with the tyre warm-up.

“I went for that, it was my decision to go for one time because it worked in Q2. Apparently, it seems like doing two timed laps for Lewis was better.

“It was a decent lap, not perfect. It’s been tricky here to get really clean laps this weekend because of the way the track is. I think the lap was good.

“Ultimately, I should have gone for two timed [laps] as well.”

F1's greatest qualifier of all-time had to raise it to another level to beat this man to pole today!

Incredible to watch these two pushing each other week in week out.@ValtteriBottas 💪 pic.twitter.com/CyBwRyo5Ak

Prior to qualifying, Bottas had been the quickest man all weekend, topping all three practice sessions. While he admits not being P1 when it matters is frustrating, he still feels that he can do so on race day.

“It is annoying. It’s very annoying, that’s the word,” he added.

“But practice sessions, being at the top, it doesn’t matter anything. Always I try to reset from each session to focus on the coming one, and especially after practice three you always need to reset and obviously take all the lesson you can from the practice and try to do things even better.

“Knowing that you have the pace, it’s annoying, but that’s how it is. Quickly, I have to forget that. It’s only qualifying and the race is tomorrow, and I know I will have the speed.”