Home News Bottas: I haven’t reached my peak yet 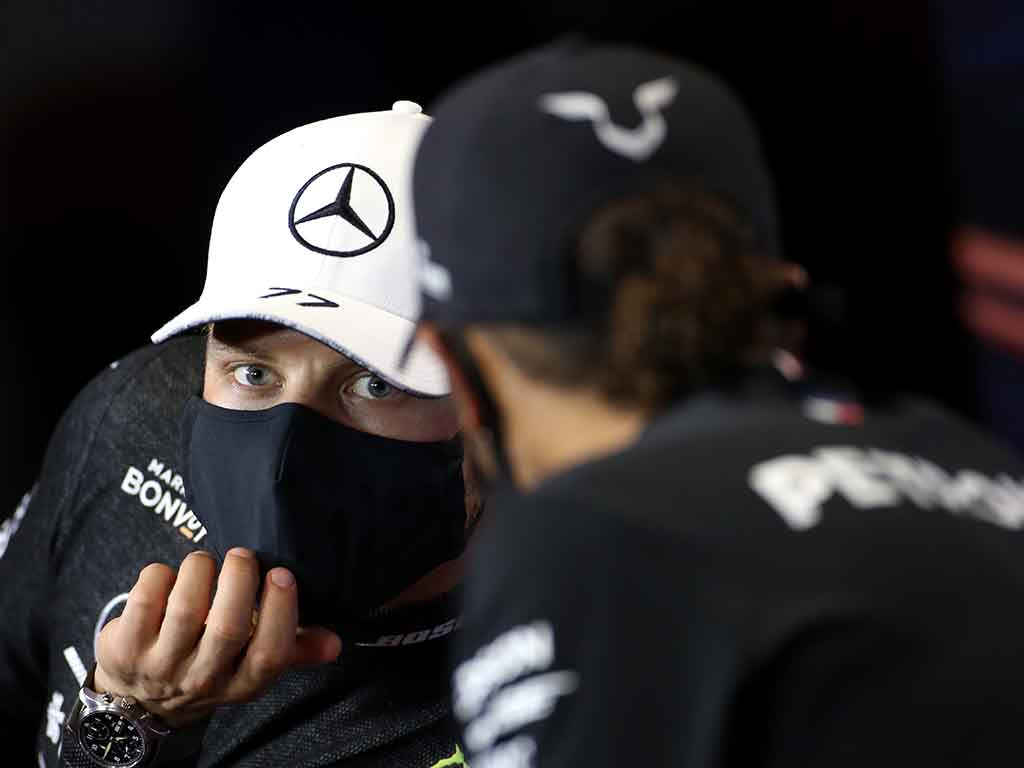 Valtteri Bottas feels like there is still more to come from him after he lost more ground on Lewis Hamilton in the title race.

The Finn is now 77 points behind his Mercedes team-mate in the World Championship standings and was left for dust in Portugal as record-breaker Hamilton cruised to victory by 25 seconds.

Bottas was asked in the FIA post-race press conference in Portimao how does he keep himself going when Hamilton is just so dominant and said that he knows there is still more improvement to come from within.

“It’s a motivation. As I’ve said before, I definitely don’t want anything easy,” Bottas said.

“It’s how I’ve been raced and what is my mindset, that I will always keep going and it’s just great motivation to try and beat him and it’s difficult but I know it’s possible and that’s the thing.

“And if I give up, it won’t ever be possible and that will be the biggest mistake to do and also what Max said, the main thing is really to give it all you have every single time, make the most out of every situation.

“Obviously Max is a bit younger, I’m 31 now but I still feel like I’m peaking.

“I’m not yet there and hopefully, soon, I will be and I also feel I still have quite a few years and I’ll keep pushing and that’s it. For me it’s very simple.”

Bottas did try to do something different in the Portuguese Grand Prix by suggesting an alternative tyre strategy to Hamilton, who pitted for hard tyres to last him until the end of the race.

Bottas suggested moving to the softs, but that request was denied.

“Yes, I did ask for thesoft tyre because I thought it would be, for me, the best thing to do.

“Something different, as the gap was already pretty big by that point – but then the medium tyre started to work.

“We started to have a bit of vibration, which means the tyres are going to be really finished and there’s always a risk of tyre failure, so the safest thing at the end was to go for the hard, just to obviously get the points.

“That’s how it went but fundamentally the main issue for me was lack of pace, which I didn’t quite understand.

“Just didn’t have the pace as I’m sure everyone could see. It was a tough, long race without Safety Cars or anything.”