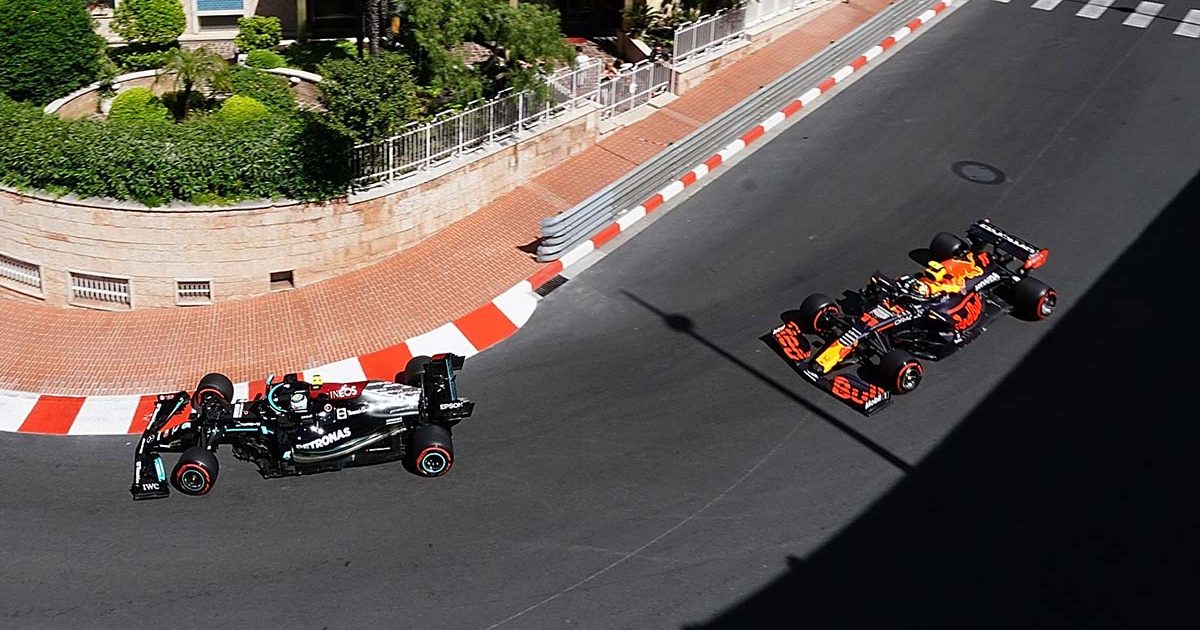 F1’s managing director, Ross Brawn, does not envy the position Valtteri Bottas and Sergio Perez are in at their respective teams, saying they have “the two toughest jobs in motor racing”.

With Max Verstappen and Lewis Hamilton slugging it out with each other for the World Championship crown this season, respective team-mates Sergio Perez and Valtteri Bottas have a pretty thankless task in trying to consistently be on that same, very high level.

Perez and Bottas had polar opposite weekends last time out in Baku, with the former claiming his first win in Red Bull colours while Bottas was stuck in the midfield in every session, unable to make any progress up the field.

Brawn mentioned the pair in his latest post-race column and the incredibly tough job facing them both in the 2021 campaign.

“Valtteri Bottas and Checo have the two toughest jobs in motor racing because of the quality of Lewis and Max respectively,” Brawn said.

“There are no hiding places and your team mates don’t have many off days. Checo has just dug deep, really knuckled down and he is now starting to repay Red Bull’s faith in him.

“Perez thoroughly deserved this win and I’ve always been a fan of Checo.

“He had a difficult start to his career when there was an enormous amount expected of him.

“It never came together at McLaren but he picked himself up from that and did a great job at Force India/Racing Point.

“I was slightly surprised he was struggling a bit to get to grips with the Red Bull, but having said that he’s next to one of quickest drivers on the planet who is well tuned to the Red Bull team.

“He needed time to get up to speed – and it’s not been easy.

“Practice sessions are shorter and it’s a new car and a new team with a new philosophy, new culture and he’s driving against the toughest opposition.”

Assessing the bigger picture between Mercedes and Red Bull, Brawn said it was “unusual” to see the Silver Arrows look “so out of shape” when the track action got underway in Baku.

“It could be that following their difficulties in Monaco, they decided to take a different path, and that’s what put them so out of shape on Friday,” Brawn speculated.

“If I had trouble with tyre temperatures like they did in Monaco, I would have been pushing to try a different direction. So their struggles on Friday could have been a result of that.

“It is possible that when we get back to races where they have more confidence and it’s a known platform, Mercedes will be back to their best.

“They have always struggled a bit at street circuits. Those have never been their strength.”