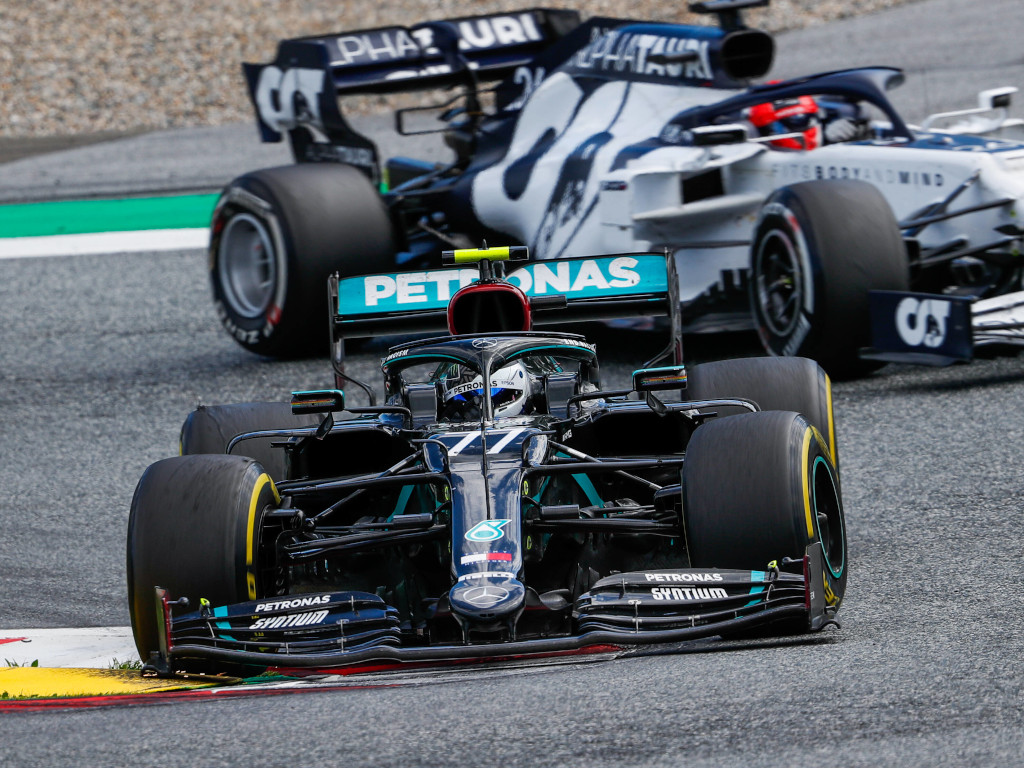 Valtteri Bottas says the behaviour of the backmarkers at the Styrian Grand Prix was “pretty shocking” as they held him up.

Bottas was running third for much of Sunday’s 71-lap grand prix, round two at the Red Bull Ring.

He was the last of the top three to pit, stopping on lap 35 to swap his soft tyres for a set of mediums.

While initially he showed impressive pace, slicing into Max Verstappen’s advantage, he slowed down quite significantly 10 laps later.

That was because he caught a gabble of backmarkers who were fighting over position.

One by one Bottas had to pass Kevin Magnussen, Danill Kvyat, Pierre Gasly and Antonio Giovinazzi with the latter getting the finger as Bottas displayed his displeasure.

Valtteri wasn't very happy, was he?!

“I don’t know if it was shown on TV but I went through quite a bit of traffic,” the Finn told the official F1 website.

“There were many backmarkers and… it was pretty shocking that sometimes I spent more than a lap with them having blue flags and just not moving away.

“They were racing each other in front of me and not really caring that they had blue flags so I hope that will be looked into.

“So I think that’s why I lost quite a bit of momentum that time.”

Bottas eventually passed the quartet and once again closed in on Verstappen, taking second place off the Dutchman on lap 67.

Time, though, was not on his side to try hunt down race leader Lewis Hamilton.

The Brit took the victory by almost 14s ahead of Bottas, who admits he also paid a price for his P4 on the start grid.

“I should have been stronger [in qualifying],” said Bottas.

“There were obviously some things affecting the performance but even from my side, the lap was not that clean.

“I should have been at least P2, so that’s why… today was a bit more difficult and could have been possibly a good battle with Lewis.

“I think the performance of the car was great [in the race],” he added. “I know Lewis had a strong weekend. He did a good job [but] based on last weekend, I know what I’m capable of.

“I really feel many improvements in my driving since last year, so that’s why I’m confident it’s going to be a good battle for the championship this year.

“So I’m not going to let one weekend, even multiple weekends, drag me down. I’ve learned that. Just going to focus on the job and improving myself as we go.”