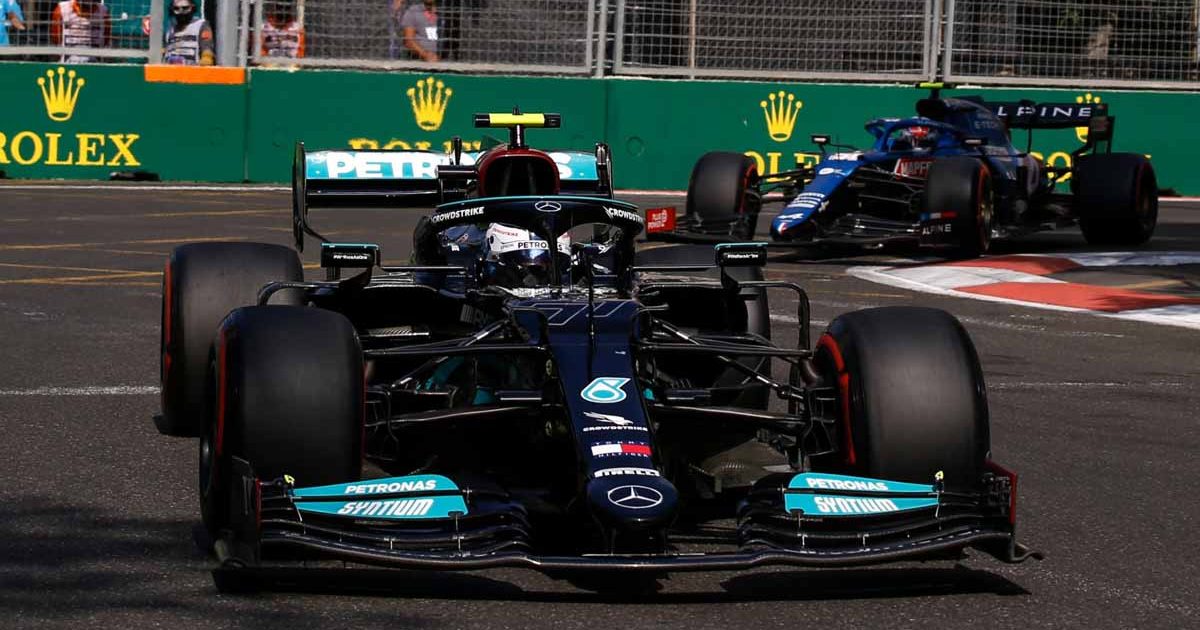 Valtteri Bottas had a weekend to forget in Baku, with his lack of performance making him feel like a “sitting duck” at the Azerbaijan Grand Prix.

While team-mate Lewis Hamilton fought at the front throughout Saturday and Sunday in a car that was not at all competitive throughout practice, Bottas couldn’t extract the same pace as the two Mercedes split their set-ups.

Bottas qualified P10 and languished outside the top 10 by the end of the race, with the Silver Arrows leaving Baku without a single point after Hamilton locked up at the red flag restart, sending the Brit to the back of the field with only two laps remaining.

The Finn’s weekend got off to a troubled start when his flight to Baku was delayed by several hours, and things didn’t improve much from there for Bottas, who has had more than his fair share of bad luck this season.

That was a hard weekend 🇦🇿

Lack of pace all weekend. A lot to understand & learn for us before forgetting it and moving on 🏁#VB77 #F1 #Baku@MercedesAMGF1
📷 @ThomasMaheux pic.twitter.com/gbbc0CGNYQ

The Finn acknowledged that his performances need to be closer to his best  at the moment, as he currently has less than half of team-mate Hamilton’s points total, as well as sitting behind the Ferrari of Charles Leclerc and McLaren’s Lando Norris in the Drivers’ Championship standings.

Team boss Toto Wolff also acknowledged that the performance in Bottas’ car was “nowhere” in the Azerbaijani capital, meaning that he lost some of his confidence behind the wheel – as the driver himself explained.

“It’s actually been quite a similar feeling to [Saturday], so I don’t quite fully understand why we don’t have enough pace,” Bottas said in the Baku paddock.

“I could see in the beginning of the race that it was tricky to keep up with the cars ahead, and especially one of the Aston Martins.

“They were clearly faster and I think one of the weak points for our car this season has been tyre warm-up.

“Again, on the Safety Car restart I felt like a sitting duck – there were cars coming [past] left and right. It was not fun.

“It’s quite a unique track and for me, we for sure need to understand why it wasn’t great in terms of performance.

“Then also, for me personally I think it’s important to forget [about it] because I know this is not my performance level. I need to move on quickly from this.”