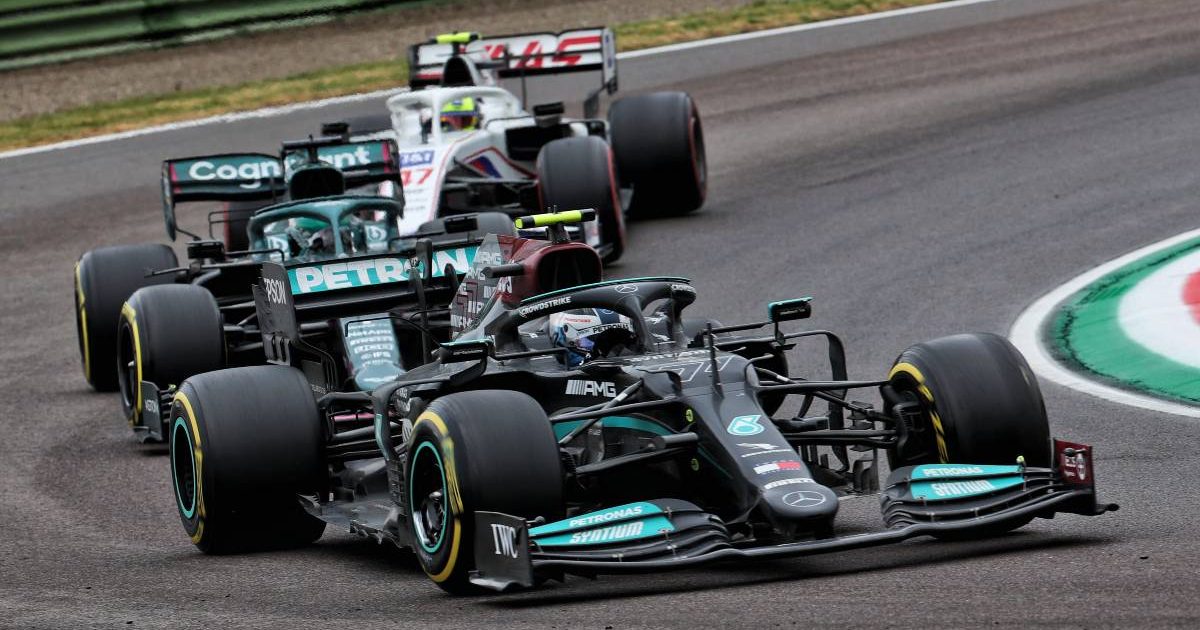 Mercedes have confirmed Valtteri Bottas’ poor performance at Imola was not caused by a car issue, just a lack of grip.

Bottas’ second race of the season will be best remembered for his big crash with George Russell and their row over who was to blame. But even before that, the Emilia Romagna Grand Prix had been going badly for the Finn.

The fact Bottas was being passed by a Williams for position spoke volumes in itself and he had just been lapped by his second-placed team-mate, Sir Lewis Hamilton.

Having finished a distant third in the season-opening Bahrain Grand Prix, the pressure is building on the 31-year-old – and Mercedes’ trackside engineering director Andrew Shovlin cited low tyre temperatures as the main reason why Bottas was running so far down the field at the time of his exit.

“In particular, Valtteri was finding it hard to get close to other cars on the intermediate tyres,” said Shovlin during Mercedes’ post-race debrief.

“He was struggling for temperature and that lack of temperature, particularly early in the race, just manifested itself as a lack of grip.

“In particular for Valtteri when he got close, as close as you’d need to be to make a passing move, the front grip was dropping and he was washing out and couldn’t really follow at a distance that would allow you to pass.

“The other factor was that in that intermediate stage, the DRS isn’t enabled and when you can get into the tow, when you can trigger DRS, you can actually gain around six tenths of a second just from the combined effect of those two things. So that was something that wasn’t available to Valtteri at that stage, which was to Lewis later on.

“But the key thing was really just the balance of the car, the understeer he was picking up when he got close and the fact that meant he couldn’t get the gap down enough to launch an attack.” 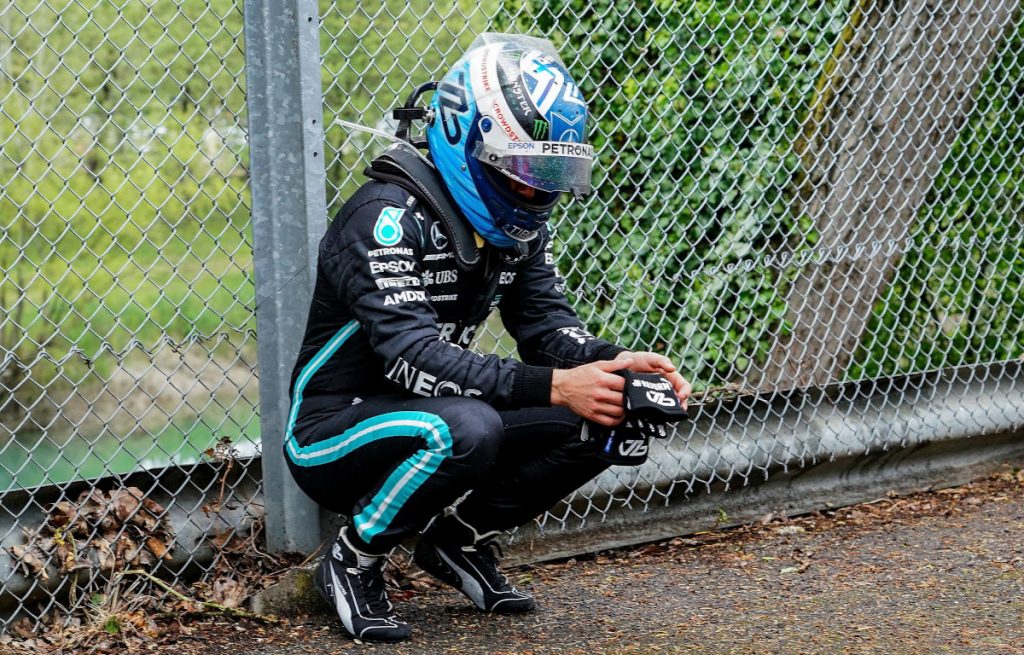 The damage caused to Bottas’ car was so extensive that it will affect the preparation of the W12s for the next race, the Portuguese Grand Prix on May 2.

Shovlin added: “As much as we like our car, we like Valtteri more and happily he was able to come out of that with not much more than a bruised knee from the impact.

“But it was a big crash, we were seeing around 30G at points in his trip around the walls and the track.

“Unfortunately, the car has not done quite so well. There is a fair amount of damage to that. We have managed to bring a lot of it back to the UK, we’ve got the power unit at Brixworth where that’s being checked and inspected carefully, and we will just pick through this and some of the bits we might be able to salvage.

“Unfortunately, quite a lot of it is damaged beyond repair and we are just looking at a logistics plan to try and be able to get sufficient parts to Portimão, which is the week after next, to make sure we can run both cars in the correct spec.”