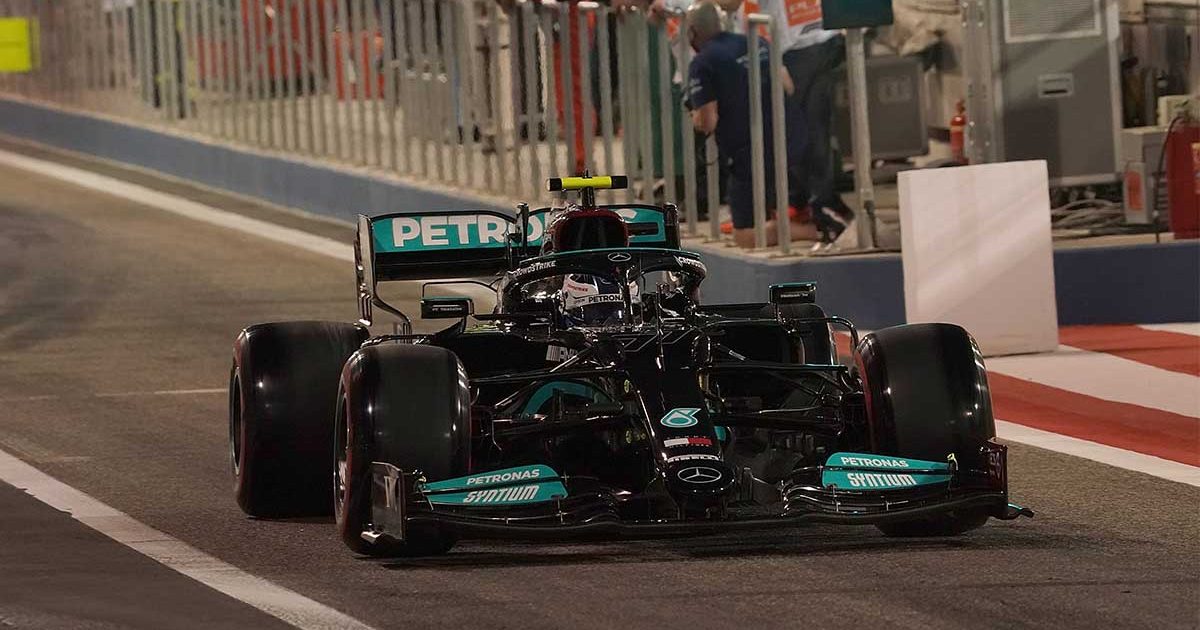 Valtteri Bottas suffered a slow pit-stop on Lap 31 at the Bahrain Grand Prix, and Mercedes have put it down to an error with the wheel gun.

The Finn was already well behind the fierce battle at the front between Lewis Hamilton and Max Verstappen, but his chances of being in with a shout were not helped when he sat stationary in the pits for 10.9s.

On their YouTube Race Debrief, he said: “When the car came into the pit-stop box, Valtteri came in very neatly, positioned the car neatly and well, which is always a help for the pit crew.

“We call it machining the nut because it starts to chip away at the edges of the nut and destroy the nut, a bit like when you are using a screwdriver and you don’t have it lined up properly, and you start to sort of damage the screwdriver slot.

“So, as he pulled away, the gun machined away at the nut and it didn’t actually come off its mountings. He went back in to deal with it but the gun recognises, or is designed to recognise, when it has done a ‘gunning-off’ action and it automatically shuttles the gun so that it is then in ‘doing-up’ mode.

“And so when he went back on to finish the job of taking the wheel nut off, the gun is now in ‘doing-up’ mode and instead of undoing the nut, it is doing it up again and the subsequent sort of follow-on mess of that is what causes something which is normally a beautiful two-second pit stop, causes it to then collapse into something that haemorrhages lap time and seconds in the pit lane.

“But all of it was caused by that initial misplacing of the wheel gun, machining the nut as the wheel gun came off.”

This was not the first time Mercedes have had problems in the pit-lane at this venue, having got their tyres mixed up at the Sakhir Grand Prix last year which meant both Bottas and his team-mate for the day George Russell did not make the podium.

Speaking after this year’s season opener, in which Bottas finished P3, he said: “I mean, I knew that after the long pit-stop, when you lose 10 seconds or something like that, in a close battle against Max and Lewis, it’s going to be hard to regain that – but of course you don’t think about things negatively.

“You try to keep pushing and try to make the most out of the situation – but there wasn’t really many things happening, so it was a bit lonely. Lonely race after that.”