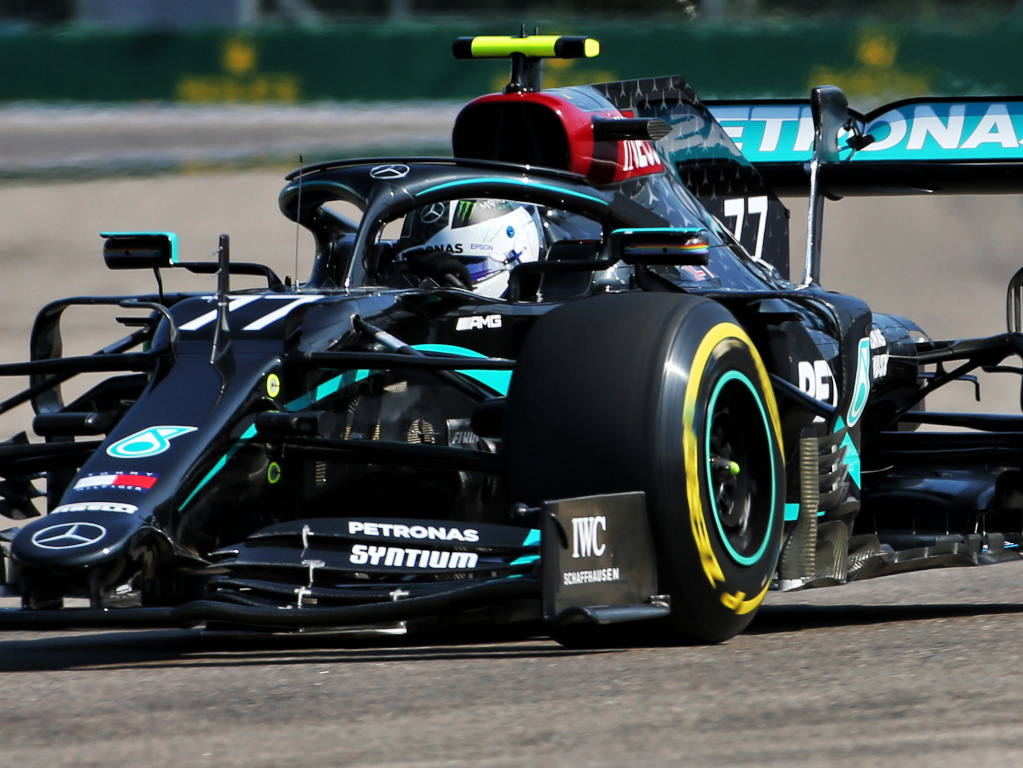 Valtteri Bottas will start the 2020 Russian Grand Prix from P3, but thinks he is in prime position to take the race win.

After dominating Friday practice, Bottas’ Mercedes team-mate Lewis Hamilton grew into the race weekend at the Sochi Autodrom and went on to take pole for the Russian Grand Prix with a blistering 1:31.304 – but not before some big drama in Q2.

Bottas was left needing 0.65s on his team-mate which allowed Red Bull’s Max Verstappen to kick him off the front row and take P2 for the race start.

Fortunately for Bottas though P3 has proven to be a very handy grid position in the past at Sochi. The Finn won from P3 back in 2017, also his first ever Formula 1 victory, while Sebastian Vettel went from P3 to P1 off the line here last year.

Bottas will also start on the medium tyres which he thinks are the “right tyres” for the job.

“It’s been looking pretty good all week and I felt the pace has been really good. Q1 and Q2 was nice and smooth,” he told Sky F1 as he reflected on qualifying.

“But Q3 I found some gains but obviously the others found more and I think here it’s pretty sensitive with the tyres, getting them right.

“The first run in Q3 my tyres were too cold, the second run I don’t know, I just couldn’t go any quicker, so some question marks but I think actually it’s a pretty good place to start third here and I’ll be on the right tyres as well.”

VALTTERI: "It's a pretty good place to start third. I remember once I started third here, and I know what happened there…" 😏#RussianGP 🇷🇺 #F1 pic.twitter.com/MMqtxYyzrq

Bottas comes into the 2020 Russian Grand Prix 55 points behind Hamilton in the Drivers’ Championship, so it goes without saying that a victory here at what is one of Bottas’ favourite tracks on the calendar is vital.

But the Finn is extremely confident of repeating his achievements in 2017, and if he does so that will give him victory number two of the season.

“I remember once I started third here and I know what happened then, so for sure I will try to do the same,” he explained.

“I really think I have an advantage with the medium tyres in the first stint, so still all to play for.”