Home News Turns out Mercedes are a bit good with strategy 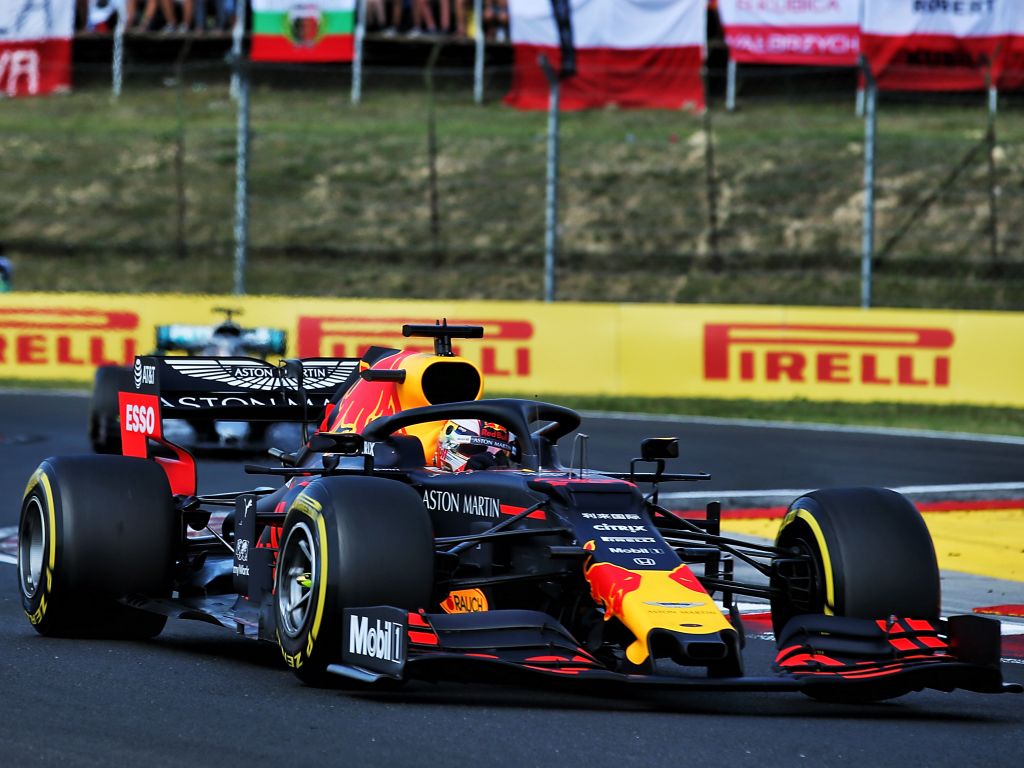 Mercedes’ strategists pulled off a masterstroke to earn victory for Lewis Hamilton at the Hungarian GP over Max Verstappen.

Here is how race day is unfolding at the Hungaroring…

Prior to the Formula 1 race, there was a familiar sight in Hungary…a Schumacher on the top step of the podium.

This looks familiar! A Schumacher on the top step of the podium!

Mick celebrates after clinching his first #F2 win in the sprint race at the Hungaroring. pic.twitter.com/Y9cbDveJ9M

Back to Formula 1 matters and there was some late grid change news with Daniel Ricciardo dropping from P18 to P20 after a tactical engine change from Renault. 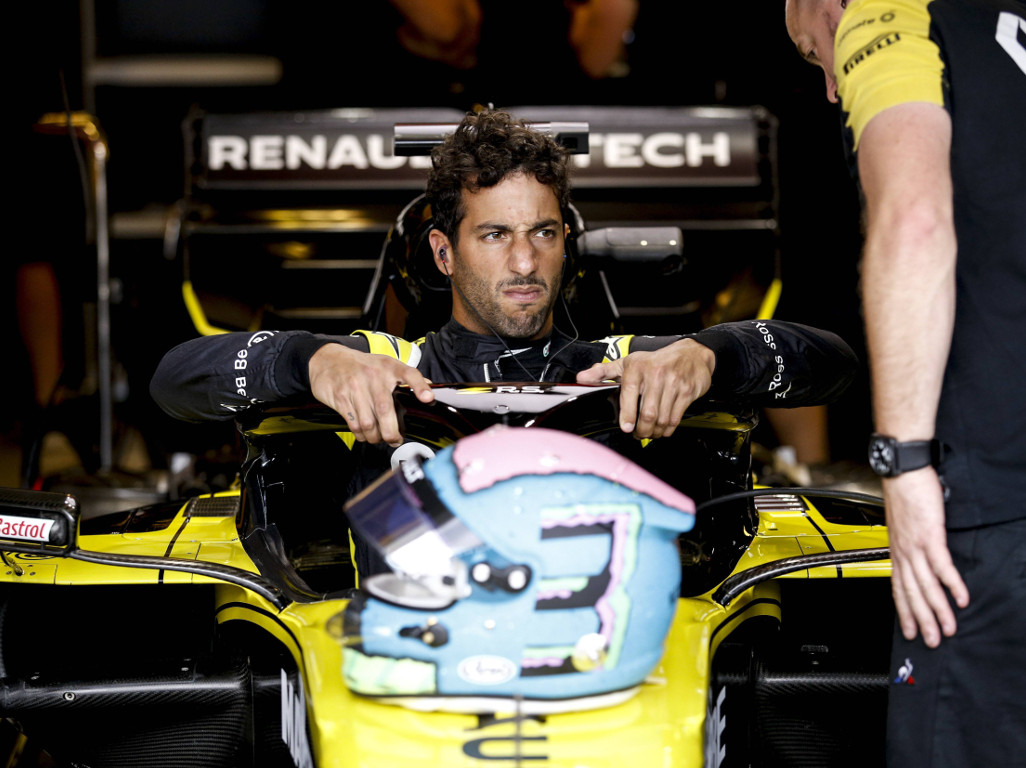 Max Verstappen kept the lead into T1 as a lock-up for Valtteri Bottas forced Lewis Hamilton out of a possible move.

Bottas would lock up again as the Mercedes’ touched at Turn 3 before Hamilton went into P2.

Both Ferraris made their move on Bottas as the Finn with a damaged front wing dropped behind Charles Leclerc and Sebastian Vettel.

The damage was too much and Bottas was forced to pit on lap 6. He fitted the hard compound and dropped to the back in P20. Meanwhile…

Leclerc also gave Bottas a clout, but the stewards decided no investigation was needed.

Toro Rosso put on a show for the grid, Haas in particular, of how to race your team-mate.

Take a bow Toro Rosso boys, that was utterly fantastic

Verstappen built up a two-second lead over Hamilton, but with the Mercedes man telling his engineers to let him know when he could close up on the leader, we were teased with a good battle to come.

Close the gap he did…prompting Red Bull to bite the bullet and pit Verstappen.

Verstappen: "I'm going to say it once again…I'm losing grip."

Radio: "And we have understood, Max."

Mercedes kept their man out and that proved the wrong decision with a slow stop meaning he emerged over 6 seconds behind Verstappen.

It was, however, now very much a two-horse race with Vettel 17 seconds off the lead in P3 and he hadn’t even stopped yet.

Fresh hard tyres for Hamilton who is now 6.2s behind Verstappen now. It wasn't a very good stop by Mercedes!#F1 | #HungarianGP 🇭🇺

As it turned out, it didn’t matter as Hamilton closed in on Verstappen at a ridiculous rate.

Hamilton is flying after that stop! Suddenly, the gap between P1 and P2 is under a second…

A failed overtake attempt at T4 sent Hamilton wide – he backed off for a while to clean up the hard tyres and drop those temperatures.

Lewis Hamilton vs Max Verstappen is LIVING UP TO THE HYPE. What a battle!! pic.twitter.com/CLHU885rvT

Well, there came a shock, lap 49 and Mercedes stopped to fit the mediums.

Hamilton wasn’t too happy with it, neither was Verstappen, but the Mercedes man now had fresh tyres and clear air to close the 19-second gap.

Hamilton pits for a second time!!! He moves onto Mediums – will that force Red Bull into the same with Verstappen?? #F1 #HungarianGP

Romain Grosjean was forced to call it quits for the day.

Unfortunately it's a retirement for Grosjean

He returns to the Haas pits 😔

Eight laps to go, 6.5 seconds the gap, talk about tense! 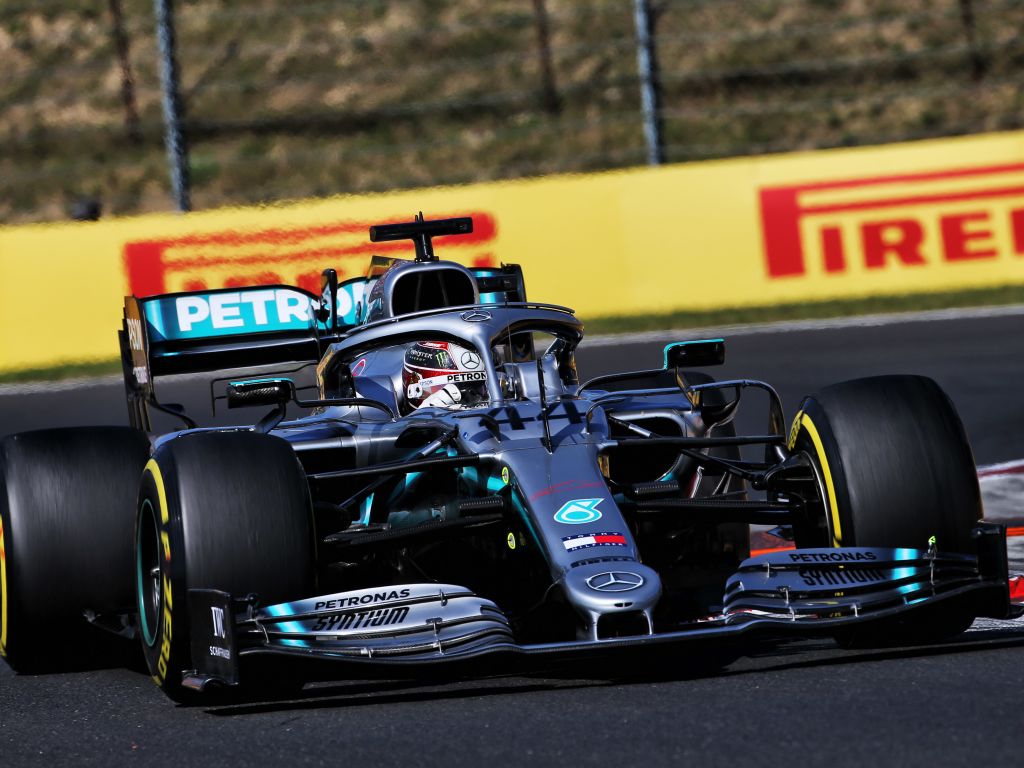 “The tyres are dead” confirmed Verstappen.

There he goes – Lewis Hamilton into the lead of the Hungarian Grand Prix. A seventh win at the circuit for the Brit was in sight thanks to a Mercedes pitwall masterclass.

Verstappen came into the pits to take the softs for the last three laps.

That was… surprisingly smooth 💅

Oh look at that Ferrari are still out there, Vettel took the final podium spot off his team-mate.

Verstappen did at least clinch the fastest lap to earn 19 points for the weekend and move within seven points of Bottas in the Drivers’ Championship.

Max Verstappen started on pole but finishes in P2