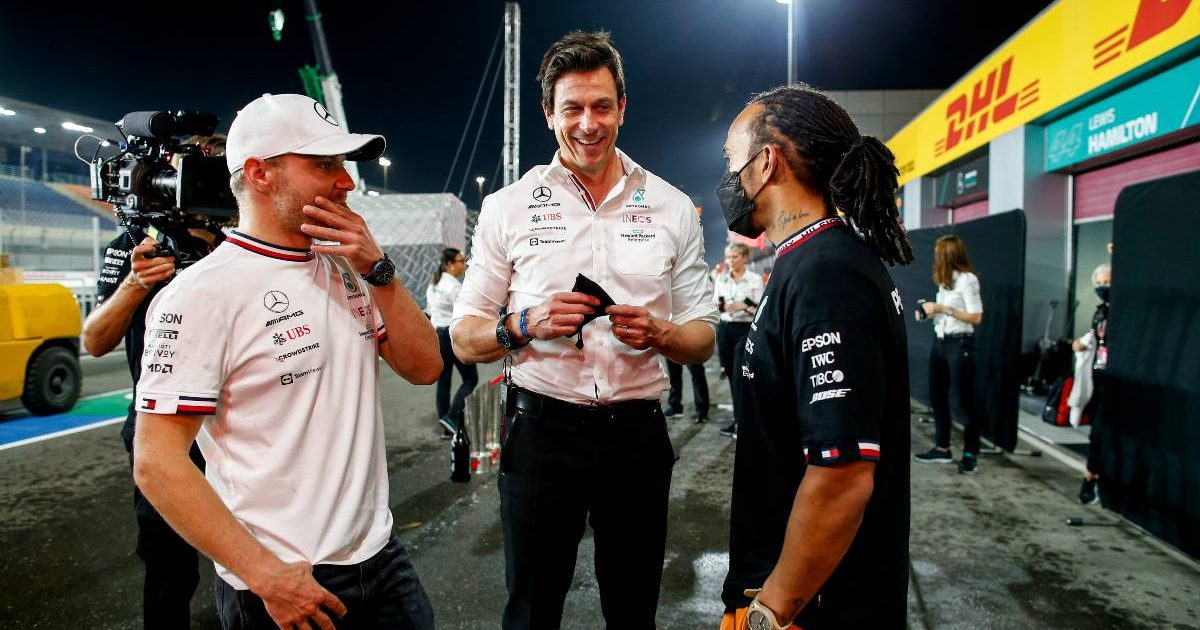 While not expecting Mercedes to have the pace they did in Qatar, Valtteri Bottas hopes it can be carried into Saudi Arabia.

The first ever Qatar Grand Prix at Losail International Circuit took the teams into the unknown at a track characterised by long, sweeping corners taken at a high average speed.

But with only one traditional straight at that venue Mercedes tackled it without their “spicy equipment”, that being Lewis Hamilton’s Internal Combustion Engine introduced in Brazil.

It was all about the corners then, but as it turned out that is where Mercedes excelled as Hamilton continued his dominant form in Brazil to take pole position and Qatar GP victory.

Bottas too had some performance under him in the W12, recovering from a grid penalty and poor start in which he dropped to P11 to become a strong podium contender, although sadly a puncture spelt the end of his race.

However, Bottas now moves on to the Saudi Arabian Grand Prix, another new venue for Formula 1, with confidence that this pace can remain.

“It was a bit surprising, actually, how good it was,” said Bottas on Mercedes’ pace in Qatar, quoted by GPFans.

“It gives us hope for Saudi. We are on a good run at the moment, good form with good performance. Hopefully we can keep up the good momentum and good work.”

Saudi Arabia’s Jeddah Street Circuit is expected to be the fastest venue of its type on the Formula 1 calendar, and Bottas can confirm from simulator sessions that like Losail, the Jeddah track is indeed attacked at pace.

So that should in theory work in Mercedes’ favour.

“It’s quite high speed, Qatar worked for us and hopefully that will as well,” said the Finn.

“It’s quite similar in terms of overtaking, so it will be difficult. We’ll see.”

Of course, for Mercedes it was interesting that straight-line speed was not their greatest weapon in Qatar. Instead, they beat Red Bull in the long, flowing corners, a characteristic that had been expected to suit Red Bull.

But Bottas explained Mercedes have now found a better set-up for the W12 which allows for such an improvement in cornering performance.

Asked if Mercedes have now closed up on Red Bull in high-speed sections, Bottas replied: “I think so. We’ve learned a lot with the set-up. We are setting up the car a bit different nowadays than the beginning of the year.”

In the Constructors’, Mercedes lead the way by five points but in the Drivers’ Championship, Red Bull’s Max Verstappen has an eight-point lead over Hamilton.