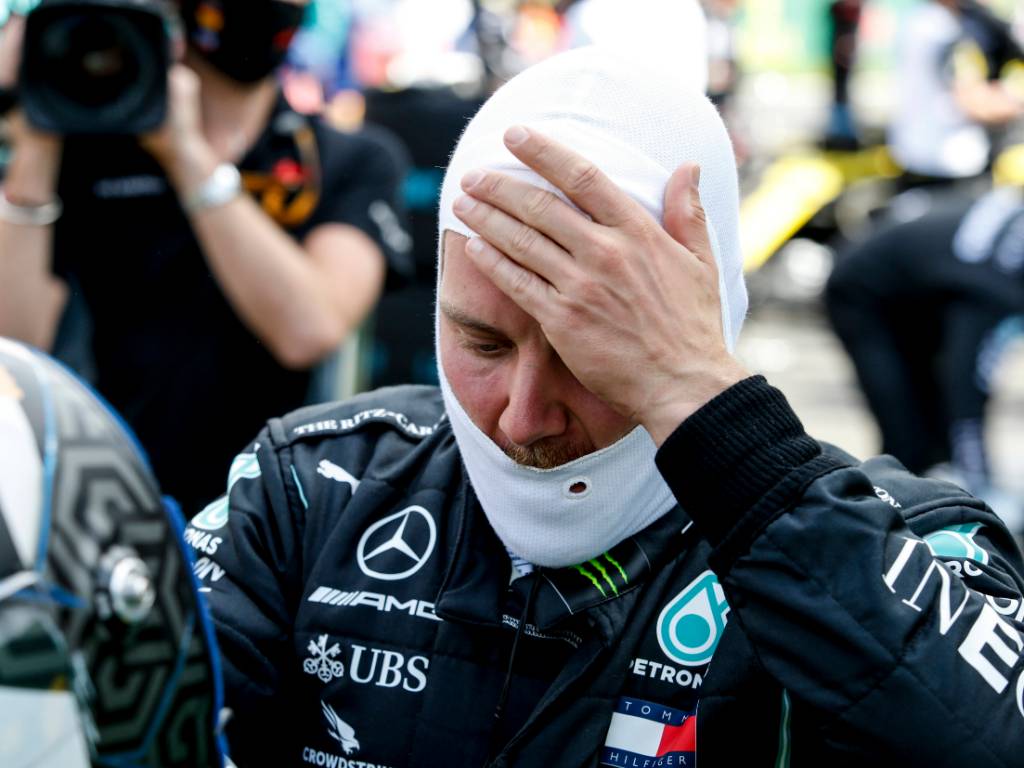 Daniel Ricciardo admitted that he was “surprised” by how badly Valtteri Bottas struggled for pace at the Italian Grand Prix.

After a poor getaway off the line Bottas continued to sink backwards on the opening lap and was passed by Carlos Sainz, Lando Norris and Ricciardo.

And he never recovered from there, finishing P5 despite all the drama that unfolded during the race.

Ricciardo would finish the race in P6 but, after passing Bottas, was able to deal with the Merc behind quite comfortably.

So, considering how dominant the Silver Arrows have been in 2020, it’s understandable that Ricciardo was “surprised” by Bottas’ struggles.

Bottas needed the help of his pit crew and the Safety Car to swap positions with Ricciardo.

“Valtteri didn’t look particularly quick for their, let’s say, normalcy,” he is quoted by Autosport.

“In the first stint I got him on lap one, and then I expected him to come back by me pretty soon after, and he didn’t.

“And I think at some point I was actually pulling away.

“I know we haven’t been slow this weekend. But of course, we’re also not a Mercedes at the moment.

“So I was a little bit surprised.

“And then on the second stint, he had track position on me, and I did feel he definitely made a few errors into Ascari, the left, so turn 8 into 9 a few times.

“But to be honest that was a place where I was struggling as well, so I couldn’t really capitalise, but I could see he struggled a little bit there.

“But otherwise he obviously couldn’t put it on Lando [Norris], so it’s fair to say he didn’t show the pace that Mercedes are normally showing but, it was hard for me to probably distinguish if he was struggling a lot more in left or right corners.

“It just didn’t look like he had massive pace again for a Mercedes.”

Ricciardo said he wasn’t going to “jump up and down and cry”, but did feel the Safety Car and red flags worked against him as Pierre Gasly went on to win the Italian Grand Prix.

“I certainly enjoyed the race, I felt I put myself in the best position at most given times,” he said.

“But the circumstances with us. I wasn’t the only one, so I don’t want to jump up and down and cry.

“But sure I was one of them who suffered a bit with the safety car and red flag.

“So it’s one of those ones like maybe what could have been, but at the end of the day this is racing, and we can’t dwell on that and have our heads down.

“Getting a sixth and an eighth with Esteban [Ocon] and obviously still losing quite a bit of points in Constructors’, I think that obviously hurts a team because normally that’s a good weekend.

“But again, we have to just accept that luck wasn’t on our side today. And that’s that.”