Home News Bottas ‘off the hook’ for defying team orders 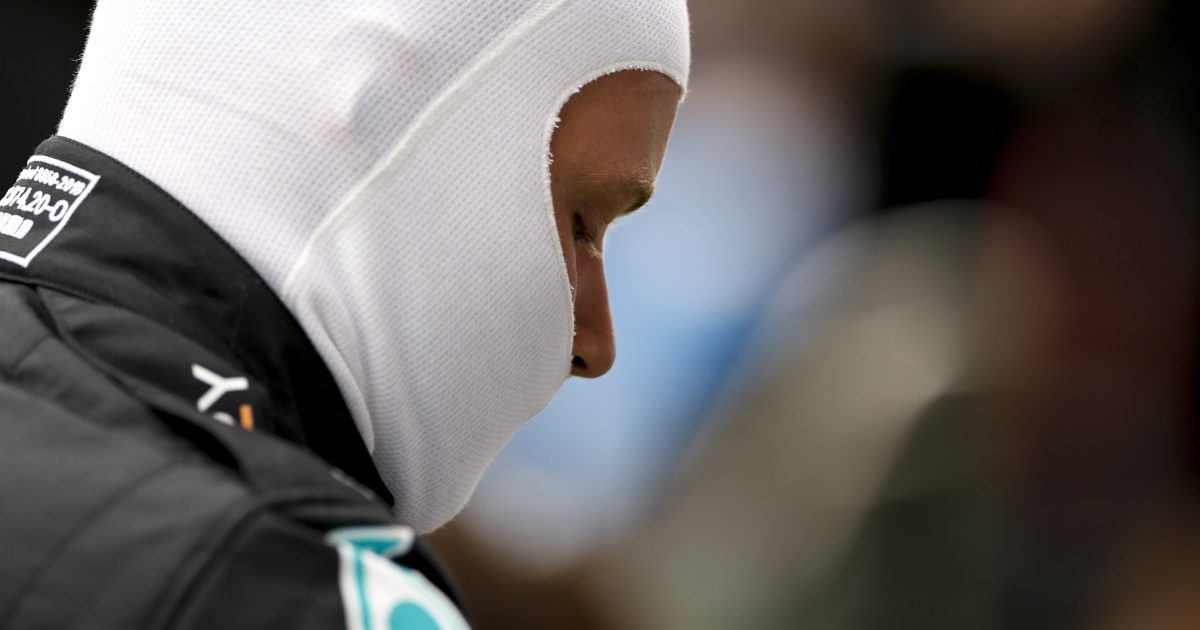 Valtteri Bottas’ decision to ignore team orders in Spain is likely to be ignored by his team bosses thanks to Lewis Hamilton’s race victory.

That’s according to Karun Chandhok.

Battling Max Verstappen for the victory in Sunday’s Spanish Grand Prix, Hamilton was chasing down the Red Bull driver after Mercedes went with a two-stop strategy.

But between Verstappen and Hamilton lay Bottas.

The Finn was told not to hold up his team-mate but, once Hamilton was on his rear wing, opted against just moving aside, instead making the reigning World Champion work for it.

Such was Hamilton’s pace advantage on the fresher tyres, it took him a few corners to sweep past Bottas.

Hamilton raced to the victory, great news for his team-mate as Chandhok reckons that win saved the Finn a stern talking to from Toto Wolff.

“I think the fact that Lewis won the race means Valtteri has been let off the hook,” the former F1 driver turned commentator told Sky Sports F1.

“I imagine if the other scenario had played out [Hamilton losing], then they would have spoken to him.

“But ultimately Lewis was quicker and that is the fundamental thing. Everything else is a case of ‘shoulda, woulda, coulda’.”

Bottas has defended his actions, saying he was focused on his own race against Charles Leclerc, not on what Hamilton needed.

And anyway, he’s in F1 to race, not let others by.

“I got the message and obviously we were on different strategies at that point so unless something crazy would happen, I wasn’t really any more with him,” he said.

“But the thing was, at that time, I was trying to get Charles off my pit window so I could stop again and try and be ahead of him, so I was really conscious that I didn’t want to lose too much time, and I was really focusing on my race so it was about balancing things.

“Of course, as a racing driver, you prioritise yourself, your race, because that’s what we do but also we work as a team, so you don’t want to ruin the win for the team if that is possible; if it is not possible for you. So I tried to do the best thing I could for us as a team and for myself.

“It’s always hard doing those kind of things and either know… ask the other driver if he predicts what’s going to happen and where to go but I think in the end it was kind of OK.”