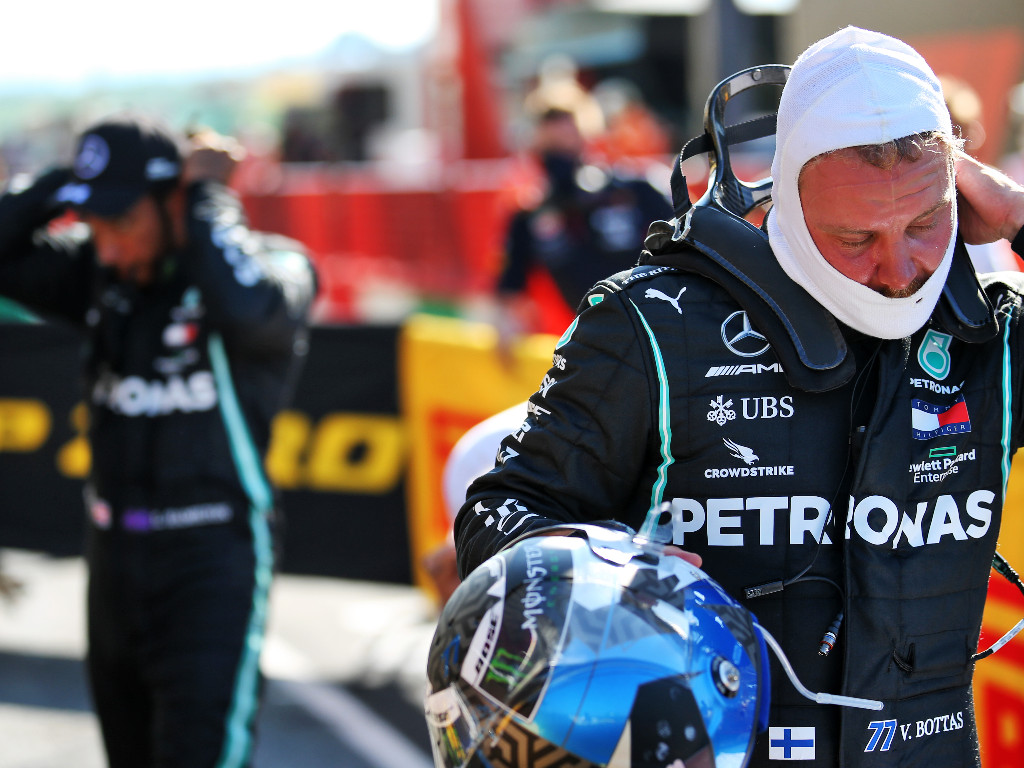 Formula 1 managing director Ross Brawn fears that failing to win the Tuscan GP will have a big psychological effect on Valtteri Bottas.

Bottas came into the 2020 season confident of taking the Championship fight to Mercedes team-mate Lewis Hamilton at the fourth time of asking.

Things started well, the Finn would win the season-opening Austrian Grand Prix whilst Hamilton had a difficult afternoon before finishing P4.

But from there the fortunes of both drivers have swapped around completely.

Hamilton has gone on to win six of the following eight races, whilst Bottas is yet to make another visit to the top step of the podium.

The chaotic Tuscan Grand Prix was the perfect opportunity, but a poor restart after the second red-flag period at Mugello saw Bottas drop to P3 behind Daniel Ricciardo.

He was able to clear the Renault driver, but there was no catching Hamilton who went on to snatch the win.

The gap is now 55 points between Hamilton and Bottas in the Drivers’ Championship, and Brawn worries this latest setback could really drag Bottas down.

“Valtteri Bottas will leave Tuscany believing he should have a victory trophy in his possession, the Finn was in tremendous shape after snatching the lead from Lewis Hamilton,” he wrote in his column for the Formula 1 website.

“But he let the win slip through his fingers and he must be struggling to come to terms with another defeat to the reigning World Champion.

“This one will hurt and will leave him asking himself – what does he need to do to get the better of his team mate?

“He’s still in the championship hunt, of course, but as every race goes by, his chances are slipping away.

“It’s now a mental battle, because he has the speed. But Lewis is relentless, takes every opportunity and rarely gives one to his opposition.”

Eyes on Sochi now, the track where our Finn got his first @F1 win 💙 But do you remember which year… 💭 pic.twitter.com/kQUSFF7Xh9

Bottas though by his own admittance is left hoping that something will come good for him soon.

“My pace has been good all weekend, that’s a positive, and it’s just a matter of things going my way sometimes and it will come,” he said in the post-race press conference at Mugello.

“I’ll just keep pushing, trying to get better. It has to turn out well for me at some point. I’ve lost many times in qualifying this year by just a few hundredths – I think that’s the first thing, I need to try and get those few hundredths on my side.”