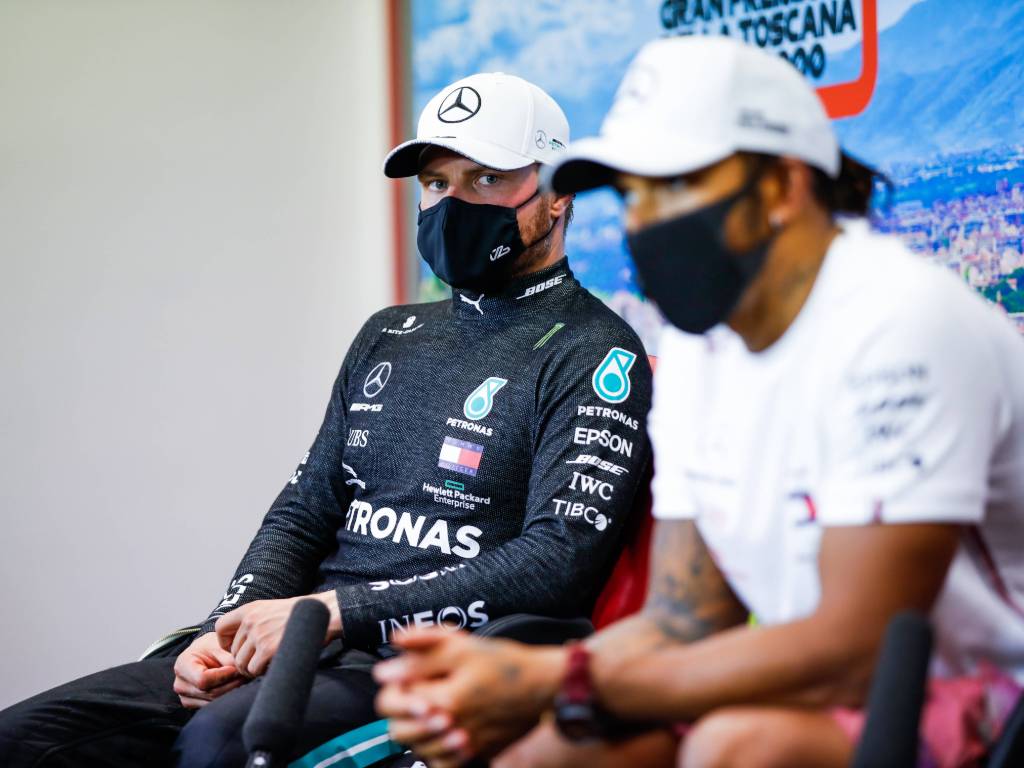 Valtteri Bottas insisted “one day it will come” after another race in which fortune conspired against him at a dramatic Tuscan Grand Prix.

The Finn was denied the chance to challenge for pole position when his final qualifying run was ended by a yellow flag, although that did not matter as he took the lead at Mugello from P2 and held it until the first of two red-flag stoppages.

However, on the restart, he was passed by his Mercedes team-mate Lewis Hamilton and when the grid formed up for the third and final time, Bottas was unable to repeat his earlier trick and eventually had to settle for P2 behind the World Champion.

“Disappointing because it was a dream start for me and I also managed to hold my position at the Safety Car restart,” said Bottas, who is now 55 points behind Hamilton in the World Championship standings. “After that, not my day.

“It feels like we had three races today. The first part was really good but pretty short. Once I lost the position to Lewis it was tricky to get it back.

“Obviously I tried everything I could, but it seemed like there were no opportunities anymore once I lost the position at the last restart but that’s how it goes.

“On the second restart, on the left-hand side it felt like there was a lot of marbles and the start was pretty bad, I lost one position (to Daniel Ricciardo) but managed to gain it back. I was trying at the end but there was not much more I could have done.”

Valtteri crosses the line in second place, to make it a 1-2 for the Team in Tuscany!! 👊 pic.twitter.com/psn1lRlGgz

Bottas believes his luck is bound to change at some point, however, saying: “My pace has been good all weekend, that’s a positive, and it’s just a matter of things going my way sometimes and it will come.

“I’ll just keep pushing, trying to get better. It has to turn out well for me at some point. I’ve lost many times in qualifying this year by just a few hundredths – I think that’s the first thing, I need to try and get those few hundredths on my side.”

The 31-year-old even tried urging his Mercedes team to adopt a different strategy to Hamilton, saying he wanted to use the “opposite” tyre when they stopped, but both went onto the hardest compound. Ultimately it did not matter anyway as tyres could again be changed during the second red-flag period.

“I realised with the medium it just doesn’t last, so the only option was to go to the hard tyre and make it to the end,” explained Bottas.