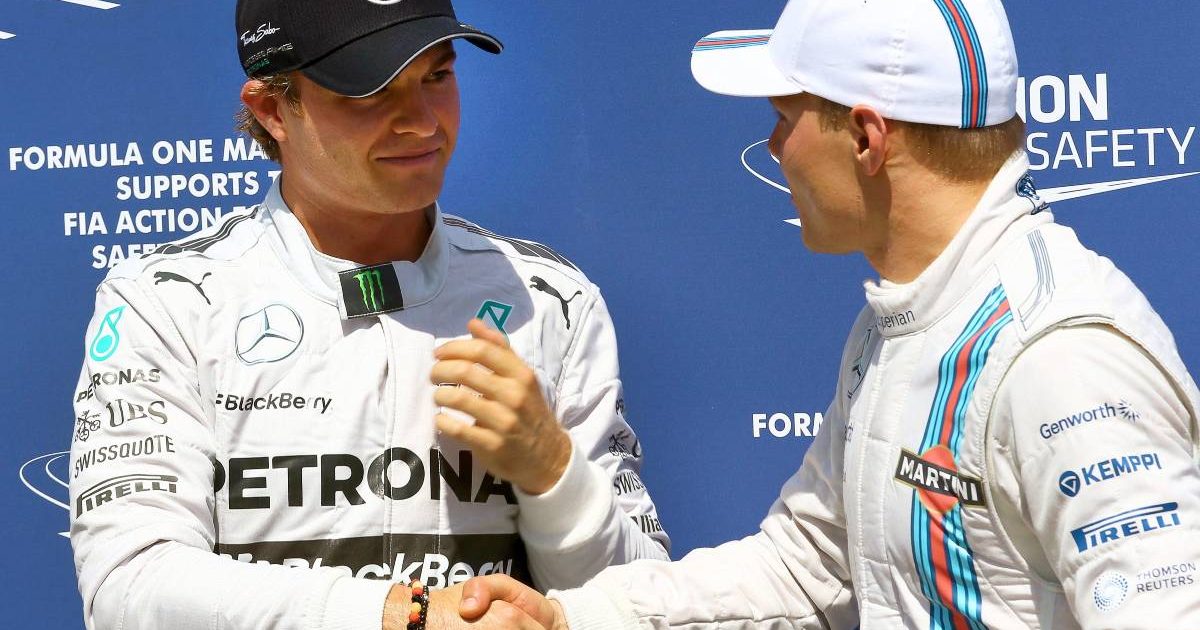 Valtteri Bottas says that having now raced alongside Lewis Hamilton at Mercedes himself, he understands Nico Rosberg’s shock retirement.

Mercedes returned to Formula 1 as a manufacturer back in 2010, with Nico Rosberg forming half of their original line-up alongside the returning seven-time World Champion Michael Schumacher.

At the end of 2012 Schumacher retired for a second and final time, opening the door for Hamilton to join Mercedes.

And by 2014, the Silver Arrows had risen to the summit of Formula 1.

With this though came a great rivalry and tension as Hamilton and Rosberg dueled over the 2014, 2015 and 2016 Drivers’ titles.

The 2014 and 2015 crowns went Hamilton’s way, but in 2016 it was Rosberg who became World Champion at the final race in Abu Dhabi.

Just days after, it was announced that Rosberg had retired from Formula 1.

Rosberg spoke of the huge strain which it placed on him mentally and physically to reach a level where he could beat Hamilton, and with his exit confirmed, Bottas was brought in for 2017, with team boss Toto Wolff vowing not to let a driver rivalry like the Hamilton-Rosberg one happen again within his team.

Arriving from Williams, Bottas was perplexed by Rosberg’s retirement, but after spending five seasons at Mercedes, unable to mount a challenge to Hamilton in the Drivers’ standings throughout, Bottas now fully understands Rosberg’s decision.

Speaking on the Supla podcast, as quoted by Iltalehti, Bottas said: “Back then, there were two drivers who fought really hard against each other. It even got a bit political.

“When I came to Mercedes, I wondered why Nico was quitting. But now I can identify with him. I can say from experience that it’s not easy.”

At the end of 2021 Bottas moved on from Mercedes, with George Russell now set to partner Hamilton at Mercedes, the team’s junior driver having progressed to the main seat after three impressive campaigns with Williams.

Bottas meanwhile finally has a multi-year contract to enjoy, having made the switch to Alfa Romeo, where for 2022 he will be joined by Chinese racer Guanyu Zhou, who finished P3 in the 2021 Formula 2 standings.