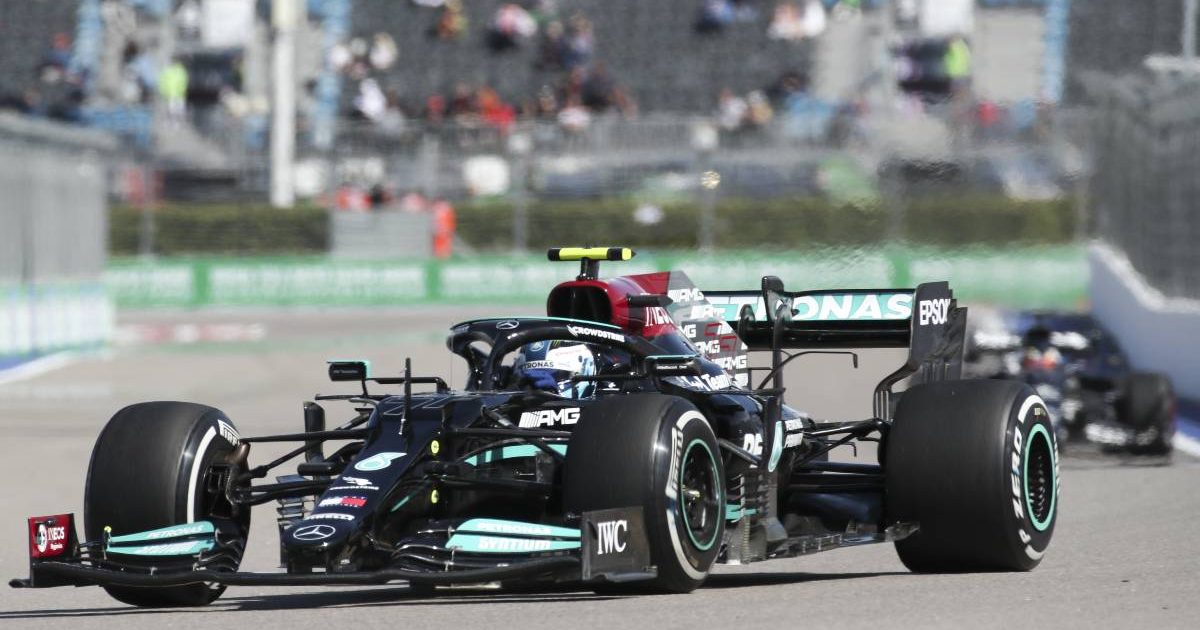 Valtteri Bottas will serve an engine-related grid penalty for the third time in four races at the United States Grand Prix.

Mercedes are fitting a sixth new internal combustion engine (ICE) this season to the Finn’s car and he will drop five places on the grid at the Circuit of the Americas.

Winner of the Turkish Grand Prix last time out, Bottas was also hit with penalties at the Italian and Russian GPs during September.

FIA Formula 1 technical delegate Jo Bauer confirmed Bottas is taking a new ICE and exhaust system, the latter being the sixth of the eight he is allowed this year.

Mercedes revealed by way of explanation that the “reason is for the best balance of performance and reliability to the end of the season”.

Bottas becomes the third driver to be taking a penalty at the Austin venue, the others being Sebastian Vettel and George Russell who will start at the back of the grid as they are having their fourth engines fitted.

Vettel and Russell drive for Aston Martin and Williams respectively, who are supplied with power units by Mercedes.

So many grid penalties already at the #USGP 🇺🇸

Scenes when these two line up 1-2 on Sunday's grid. #F1 pic.twitter.com/Z0GYd9EyWY

The latest new ICE for Bottas will only increase speculation that his team-mate Lewis Hamilton, who took a 10-place engine penalty at the last race in Turkey, could be staring at another in the closing stages of his World Championship battle with Max Verstappen.

After a terrific performance in Istanbul, the penalty will hamper Bottas’ chances of aiding Hamilton against Verstappen at the Texan circuit.

“Preparation has been good and I hope I can carry that positive momentum and continue the good performances,” Bottas told Sky Sports on media day in Austin.

“I still feel the performance between us and Red Bull is quite track-dependent. Here is quite a fast track, which I think should be okay for us.”

The opening free practice session suggested Bottas may not be dropping too far down the grid for Sunday’s race.

He set the fastest time, 0.045sec ahead of Hamilton, with Verstappen nearly a second slower.

Outside of that trio, Charles Leclerc was fourth quickest in the Ferrari, a massive 1.460sec behind Bottas to suggest only Red Bull will have any chance of living with Mercedes.